There's nothing like a recession to make Americans go to the movies. US box-office receipts in February were a record $770 million (€606 million). But the top-grossing movie of the month wasn't American -- it was French. "Taken," an action thriller starring Liam Neeson, is the first US megahit for French film mogul Luc Besson. And Besson is working hard to make sure it won't be the last. 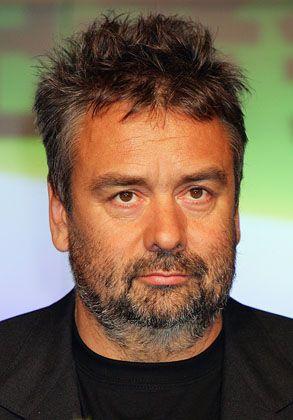 Besson, 49, best known until now as the director of such films as "The Big Blue" and "The Fifth Element" in the 1980s and 1990s, has worked mainly as a producer for the past decade. His Paris-based Europacorp studio posted $186 million in revenues last year, making it second only to Germany's Constantin Film as Europe's largest independent studio.

Nearly one-third of Europacorp revenues come from box-office and DVD sales outside France -- no surprise, since many of Besson's productions, including "Taken," are in English. "We have a diplomatic passport; we're equally at ease in France, Japan, Germany and the US," Besson says in an interview at his headquarters in an elegant mansion a few blocks from the Champs-Elysées.

Ambling around the premises clad in a rumpled track suit and T-shirt, the bearded, rotund Besson doesn't look much like a businessman, but he certainly seems to understand what audiences like. "Of the 65 films we've made, only three or four were not profitable," he says.

Far from introspective French art-house fare, Besson's specialty is action flicks like "Taken" and the "Taxi" and "Transporter" series. Coming up soon: "From Paris with Love," starring John Travolta as a rogue American secret agent on a mission in Paris.

Occasionally, Besson steps in to direct a film, as he did with the 2006 animated film "Arthur and the Minimoys" (released in America as "Arthur and the Invisibles"). But these days he's rarely on the set, instead devoting his time to overseeing production and distribution of at least 10 films a year-and nurturing his growing Paris-based film empire. The success of "Taken" will only help. "It's one of the highest-grossing pictures of its kind, ever," says Brandon Gray, publisher of the Hollywood news Web site boxofficemojo.com. "Coming off that success, there'll be many opportunities for Mr. Besson."

A Lean and Nimble Outfit

To help run Europacorp, which has been listed on the Paris stock exchange since 2007, Besson last year brought aboard Jean-Julien Baronnet, a former chemical-industry executive. Baronnet is helping Besson keep a close eye on production costs, which have been a key advantage for Europacorp. Besson says the studio secured the rights to produce the 2007 film "Hitman" after promising to keep costs below $30 million -- compared with a $55 million budget that had been proposed by Fox. "Taken," which cost only $25 million to make, has already logged more than $118 million in US box-office receipts and more than $70 million outside the US.

With a full-time staff of only about 100, Europacorp is a lean operation with much lower overhead than big US studios, Besson says. And it's nimble: For example, when the studio learned last August that Warner Bros. was delaying release of the latest Harry Potter film from November 2008 until mid-2009, it took advantage of the delay by speeding up production of its "Transporter 3" sequel, which also appealed to teenage audiences. The film was produced in less than three months and released last November, grossing almost $100 million to date.

Even so, Besson admits he has been frustrated by obstacles he has encountered in the US, where he must cut deals with local distributors to get his films into theaters. "There is protectionism," he says. Two years ago, he had a well-publicized spat with Harvey Weinstein, the US distributor of "Arthur and the Invisibles," after the film flopped with US audiences. Besson accused Weinstein of botching the film's marketing and re-editing; Weinstein retorted that Besson was "out of his minda has-been."

A way around the distribution problem? Besson and Baronnet won't talk about specifics, but they hint that Europacorp may look for an acquisition or joint venture that would get them more readily into US theaters.

The global economic crisis is another worry. Even though Europacorp has a healthy $125 million line of credit at its disposal for filmmaking, it's getting harder to get films distributed. Lenders in some countries, including Russia and Italy, have sharply cut back credit offered to film distributors, which means fewer films are released in those countries. Europacorp already has predicted that revenues in the 2009 fiscal year, which ends on March 31, will be lower than a year ago, when the company reported $186 million in sales and $8.7 million in earnings. (Revenues from "Taken" won't be posted until 2010.)

Meanwhile, Besson is pressing ahead with plans to double Europacorp's size by 2011, including a planned $150 million in investments over the next year. Among his projects: construction of a soundstage in St. Denis, a low-income Paris suburb. "From Paris with Love" was to have been filmed in a St. Denis housing project, but Besson had to move to another suburb after vandals set some vehicles and production equipment on fire. Still, Besson, who keeps a model of the planned soundstage in his office, says he remains committed to the project, which will provide jobs to local residents.

Besson cautions that the success of "Taken" is no guarantee of future blockbusters. "When you've been in this métier as long as I have, you know that from time to time there'll be one [film] that catches on. It's the chemistry of the moment." But he's confident that Europacorp will keep growing. "When this crisis ends one day, we'll pick up speed, and we'll be really solid."