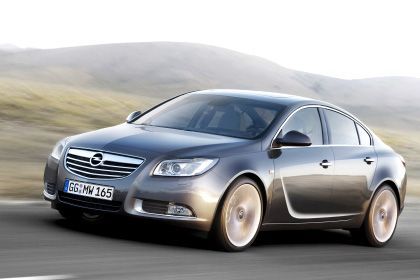 Opel said on Tuesday it was reducing production this year by 40,000 vehicles.

The credit crisis in Germany may be making the jump from the world of finance to the real, nuts-and-bolts economy. Not only have a number of automakers in the country begun to cut production, citing slow sales as a result of the financial seize-up, but Werner Schnappauf, head of the Federation of German Industries (BDI) told the Financial Times Deutschland that companies in the country are having an increasingly difficult time getting the financing they need to do business.

"It will become increasingly difficult and more expensive for businesses to get credit," Schnappauf said. He said the financial crisis will leap over to the real economy in the coming months.

A report issued by the International Monetary Fund on Tuesday bolstered Schnappauf's assessment, saying that the current troubles in the world's financial markets "are expected to deepen the downturn in global growth and restrain the recovery."

The report also substantially increased the IMF's estimate of the total losses that could ultimately stem from the financial crisis. The IMF now says that fully $1.4 trillion will be lost, an estimate 40 percent higher than the number cited in its April report.

Automobile maker Opel, which is a subsidiary of General Motors, announced on Tuesday that it was ceasing production at a plant in the eastern German town of Eisenach for three weeks beginning next week. The company halted production at another German plant last week and announced that it was planning on producing 40,000 fewer cars this year than it had planned on.

Ford Motor Company said that it was also curbing production in Europe, saying it had to lay off 200 workers at a factory in western Germany. Daimler likewise announced on Tuesday that it planned on keeping production low and that its main plant in Sindelfingen, just outside of Stuttgart, would shut down for Christmas earlier than usual this year on Dec. 17. The company said that sales of Mercedes Benz vehicles were down by 3 percent in September.

The announcements followed that of German software giant SAP on Monday, when the company said the rest of the year looked dark. "In the last two weeks of September, we saw a sudden worsening of the market," said SAP head Hennning Kagermann. He blamed the finance crisis, saying that a number of customers have backed away from purchases in recent weeks. SAP stock dove 16 percent on Monday and another 7.5 percent on Tuesday.

Olaf Wortmann, an expert with the German Engineering Federation, said "because of the financial crisis, a number of customers have become wary and are waiting before they make orders."

Carauna of the IMF said that without a coordinated global response, the effects on the global economy are likely to get much worse.