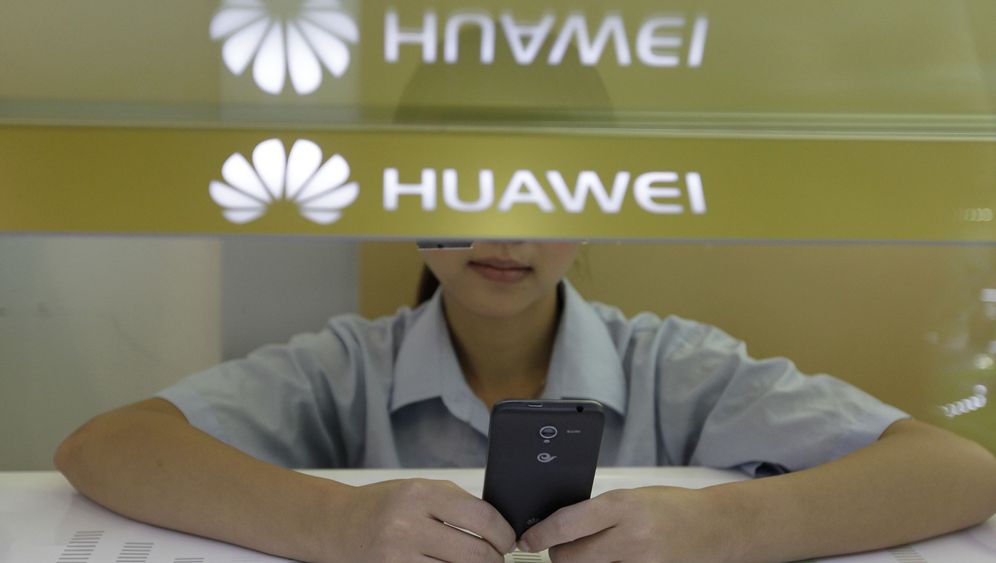 The first problem is just saying the company's name. Huawei is pronounced wah-way. It means something like "China acts!"

The second problem is its patriotic swagger. The telecommunications networking equipment and mobile phone supplier, based in the southeastern Chinese city of Shenzhen, is accused of secretly spreading high-tech spying devices around the world, having close ties with the Chinese military and supplying products to pariah states like Iran. A recent report by the Intelligence Committee of the United States House of Representatives warned against using the company's products for critical telecommunications infrastructure. The Australian government has also blocked the company from bidding for contracts related to the construction of its national broadband network.

It would appear that Huawei cannot be stopped, though. At the international consumer electronics show opening in Las Vegas on January 8, the company will present the first mobile phone that uses the Windows Phone 8 operating system as well as a massive, souped-up mobile phone with a six-inch-plus display screen that puts it in the category of phone-tablet hybrids known as "phablets."

In July, the company already introduced its "Ascend P1," a respectable Android-based smartphone that is thinner than many rival products and boasts better battery life than the iPhone 5.

The Chinese company has its sites set on being able to make better smartphones than both Samsung and Apple soon. Though this might sound overly ambitious, Huawei means business. Some estimates hold that roughly a third of the world's population already uses the company's technologies in some way, often without being aware of it. Many Internet connections run through servers made by Huawei, and many mobile-phone calls are transmitted through the company's base stations. In Germany, the first "surf sticks" using the ultra-fast LTE standard that were marketed by Deutsche Telekom, the country's telecommunications giant, were built by Huawei.

The company has launched a charm offensive that is currently trying to dispel concerns about its goals. "It's a misconception that we are a Chinese company," says company spokesman Roland Sladek. "We've been international for some time now." The 39-year-old, who was born in the southwestern German city of Freiburg and has lectured on "intercultural communication" at Sciences Po, an elite university in Paris, is the company's European face.

Sladek said this at Huawei headquarters, a glass-encased palace in an industrial zone of Shenzhen, just a few kilometers from the Foxconn factories in which many Samsung and Apple products are assembled. The facilities are so huge that the thousands of young people who stream out of them and block intersections each day during shift changes seem like they are part of some major demonstration.

But in contrast to Foxconn, the campus-like grounds of Huawei's headquarters are devoted to developing rather than assembling products. The conference rooms are elegantly furnished, the espresso bars are first-rate, and the subtropical indoor plants are draped with glittering Christmas decorations. It might be winter outside, but there's a steamy warmth in the restaurants and among the palm trees inside. The gigantic campus is home to some 40,000 engineers, whose average age is 29, and most live in dormitory-like housing.

Huawei has some 150,000 employees in more than 140 countries, including over 1,600 in Germany. Despite its global presence, however, the company is decidedly Chinese. It was founded in 1987 by Ren Zhengfei, a former technology officer in the People's Liberation Army.

Shenzhen, near the former British colony of Hong Kong, used to be a backwater community with some 30,000 inhabitants. But in 1980, it was designated China's first "special economic zone," a laboratory for the country's experimentation with free-market policies. Today, the futuristic planned city is home to roughly 10 million people.

When Ren launched the company, he had to import telephone switchboards from Hong Kong. Before long, though, the company was developing its own IT components. The rural parvenu then proceeded to conquer the domestic market in accordance with the Maoist doctrine: "Encircle the cities from the countryside."

Company spokesman Sladek cites the company's rat-proof cables as an example of how Huawei is particularly good at responding to customer needs. He explains how gnawing rats often destroyed telephone lines in rural areas. "Other companies shrugged their shoulders," he says. "But our engineers reinforced the cables to be more resistant to rat bites."

Huawei expanded abroad after the turn of the millennium. Since then, it has grown to become the world's second-largest supplier of telecommunications networking equipment, with annual sales of some €25 billion ($33 billion). Soon, it might even surpass the market leader, Sweden's Ericsson. What's more, rather than making low-cost knockoffs, Huawei channels over 11 percent of revenues back into research and development, and already holds more than 20,000 patents.

Company founder Ren has never given an interview, and other Chinese peculiarities only add to the company's reputation for opaqueness. For example, Huawei has its own in-house committee of the Communist Party of China. Sladek says people read too much into this, though, noting that every company with more than 50 employees in China has to have one, including the China-based subsidiaries of the German automakers Volkswagen and BMW. "The committees don't do anything more than hand out gift baskets of fruit to employees for Chinese New Year," he says. But China experts are skeptical of this interpretation.

On the outside, Huawei seems harmless. With its palm-lined streets and neoclassical columns, the company's campus -- dubbed the "White House" -- would hardly look out of place in Silicon Valley. Here, prototypes are subjected to grueling tests in a climate laboratory as part of quality-control efforts.

In formal terms, the company is employee-owned. Its founder owns a 1.4 percent stake -- and seems dynastically inclined. His daughter is the company's CFO, and his brother sits on the advisory board.

A permanent exhibition housed on a basement floor of the headquarters shows the many ways in which the company's products have become part of our everyday digital lives. Huawei offers solar-powered mobile telephony stations, software for hospitals, interactive televisions, surveillance cameras and systems for telephone conferencing, traffic guidance and building automation. What's more, its products are usually about 30 percent cheaper than those of its competitors.

Huawei sells roughly 100 million mobile phones each year, though often under the names of individual mobile network operators. A fierce price war between no-name providers has prompted Huawei to follow the lead of other companies, such as Taiwan's HTC, in launching its own mobile phone brand.

"The good news is that we build good technologies," says Shao Yang, Huawei's chief marketing officer. "And now the bad news: Hardly anyone is familiar with our brands." Changing this is his job, he adds.

Two years ago, the company took a bold and radical step aimed at eliminating suspicions about its possible involvement in espionage. It set up the Cyber Security Evaluation Centre, a kind of quarantine station, in the small British city of Banbury, not far from Oxford. There, 20 employees look for security vulnerabilities in Huawei devices alongside counterparts from the Government Communications Headquarters (GSHQ), the British intelligence agency responsible for electronic intelligence gathering and cyber security. The company reportedly even gives the GSHQ access to its product source code, the holiest asset of any high-tech company.

The center is meant to banish all worries about the secretive company and its founder's military past, but not everyone is convinced. "That is probably supposed to sound reassuring," says Felix Linder, who dresses in black and goes by the name "FX" in industry circles. "But what good does it do German companies if the British intelligence service knows about Huawei's security vulnerabilities?" Linder is the head of Recurity Labs, a 10-person IT security firm based in Berlin's Kreuzberg district. "Intelligence agencies love security gaps," he adds, "just in case they need access at some point themselves."

Lindner caused a global stir in July when he pointed out backdoors in Huawei Systems at the Defcon hacker conference in Las Vegas. At the time, attackers could easily crack the security coding of Huawei routers by entering standard, preset passwords, such as "supperman" with two p's.

"I used to frequently criticize companies like Sun Microsystems," Lindner says dryly. "But comparatively speaking, Sun has seemed positively exemplary to me ever since I've gotten acquainted with Huawei. Its security reminds one of the level seen in the 1990s." In response, Huawei says that it cannot go into detail about security-related issues, but adds that it puts the highest value on quality.

Still, Lindner doesn't believe that the unsecured backdoors in Huawei routers were programmed with evil intentions. Instead, he suggests that they are the result of sloppy work by young, underpaid engineers.