John Kerry was on a roll. At the Copenhagen climate summit, the former US presidential candidate delivered a fiery speech that was mostly directed at China. If the US has to accept binding targets for reducing their greenhouse gas emissions, then Beijing must do the same, Kerry told his audience. Workers in the US should not "lose their jobs to India and China because those countries are not participating in a way that is measurable, reportable and verifiable," he said.

This was an expression of the old fear in industrialized countries that aggressive action on climate change could lead to local economic disadvantages. Environmentalist politicians and academics have long been calling for the establishment of a global emissions trade. It is a simple and captivating idea for many: Each state gets a certain amount of CO2 allowances. Those who want to emit more must buy emissions rights from other countries that emit less CO2. Ideally, poorer countries would automatically make money, and rich countries would at the same time have a financial incentive to reduce their CO2 emissions.

However, such a system would only work if all states participated -- and industrialized countries for years have feared that just won't happen. In particular, large emerging economies like China and India could blow off climate protection and give their businesses competitive advantages in the global market. The failure to reach an international climate change agreement in Copenhagen has done little dampen such worries.

Now, Western politicians are getting more open with threats to make the most CO2-intensive imports more expensive -- with the help of punitive tariffs. If the West protects the environment, Senator Kerry said in Copenhagen, then climate sinners will not "dump high carbon intensity products into our markets." Kerry's thinly veiled threat: In this case, "I speak for the United States." According to a report in the New York Times, the Americans even tried to accommodate the possibility of unilateral penalties in the final document out of Copenhagen, but without success.

Yet such sentiments in Europe are getting louder, particularly in Paris. French President Nicolas Sarkozy has repeatedly called for EU punitive tariffs on products from big emitters, should no agreement come from Copenhagen. Now that this has occurred, the question is how serious Sarkozy is about the issue. He had said that the French were working together with Germany on such plans. A German government spokesperson said Berlin was examining ways in which locational disadvantages for business could be prevented.

The response sound reserved, but was still much more positive than earlier statements made by government officials in Germany. Previously, the Germans had always categorically rejected Sarkozy's punitive tariff idea. Even in July, Matthias Machnig, then a state secretary in the Environment Ministry, described Sarkozy's proposals as "eco-imperialism."

China Will Remain the Workbench of the World

Experts, however, warn strongly against eco-punitive tariffs. Ottmar Edenhofer, environmental economist at the Potsdam Institute for Climate Impact Research (PIK), sees them as more of a threat than a realistic option. Measured by the carbon dioxide emissions incurred in the production of goods, China is undisputedly the world's largest emitter of CO2. Punitive duties would hardly change that. "An adjustment of tariffs would likely never be high enough to substantially alter the demand in the West for goods from China," says Edenhofer. "China will remain the workbench of the world."

Punitive tariffs would therefore have almost no environmental impact, but would come with enormous risks. On one hand, the decrease in imports from China would likely weaken the US economy. "In addition, the Chinese could respond with counter-measures, of course," says Edenhofer told SPIEGEL ONLINE. China could -- in theory -- squander US Treasury securities and make the country's economy vulnerable.

Such a conflict would hardly be in the interests of either of these big global powers, since their economies are so closely intertwined. For example, China is currently financing the US twin deficits of a giant budget hole and a gap in the current accounting -- the result of the United States importing far more goods and services than it exports. China, however, has a huge trade surplus. "Cooperation between the US and China is the only way," says Edenhofer. "A trade war is the last thing they need at the moment."

The climate summit in Copenhagen has shown, Edenhofer says, that the world still has to find its new geopolitical balance. "China steered away from the concert of the developing countries and presented itself in Copenhagen as a confident, cool negotiating world power," says the economist. Beijing has proven that it can derail a global agreement on climate protection. According to Edenhofer, "the showdown between the US and China has only just begun."

Added to the economic risks of punitive tariffs are the legal problems. Environmentalists often complain that the World Trade Organization (WTO) has disqualified ecological tariffs as unjustified obstacles to trade. This is mainly due to an iron-clad principle of international trade law: equal treatment. "Identical goods must be treated equally," Christian Tietje, international law expert from the University of Halle, told SPIEGEL ONLINE.

It is irrelevant whether a cell phone was produced in an environmentally friendly, but more expensive manner in Germany -- or in a less ecological and less expensive manner in China. This also applies to climate protection. The lawyer says that solving the problem with extra taxes is "highly problematic in terms of international trade law."

A classic WTO dispute case from the 1990s shows just how high the barriers to trade tariffs in the name of environmental protection can be. The United States had imposed an import ban on shrimp from countries that were not concerned enough about protecting sea turtles. The basis for this was an American nature conservation law called the Endangered Species Act.

The Americans argued that the animals could be protected only through the use of certain nets with special exits for the turtles. Fishing fleets that did not use these should therefore be subject to the boycott. India, Malaysia, Pakistan and Thailand brought a complaint to the WTO -- and initially won.

A WTO court declared that the US measures were not justified -- after all, the US had not made enough of an effort to conclude agreements to protect the turtles with the states concerned. The WTO would only have allowed a boycott only after serious and appropriate negotiations had been held and had failed.

In the case of climate change, Tietje argues that this situation has not yet been reached -- despite the debacle at the Copenhagen summit. "The serious efforts have not yet completely failed," he says. There is, after all, a final document and the timetable for further negotiations. They will begin in 2010 at the ministerial level in Bonn, and later go back to the heads of state and government in Mexico.

Some international lawyers, however, see a window of opportunity with targeted interventions in the world trading system to bring the worst polluters to reason -- or at least bring them back to the negotiating table. When it comes to a few particularly environmentally damaging products such as steel, it is possible to imagine punitive tarrifs, says Thomas Cottier, head of the World Trade Institute in Berne. "Legally speaking, this is possible," he says. That would mean tariffs would be reduced, for example, for environmentally-friendly-produced goods.

"We are coming into a phase, where individual countries can try it out, and see how far they can or want to go," Cottier told SPIEGEL ONLINE. Wiggle room in trade law is not as tight as it is often claimed. The use of such measures is "more a political question."

It is clear, however, that the possible environmental penalties would be directed mainly against developing countries. This is not unproblematic. The industrialized world must now ask itself the fundamental question of what products they want to continue to produce abroad -- where the price of labor may be low, but the price the environment pays is often too high. 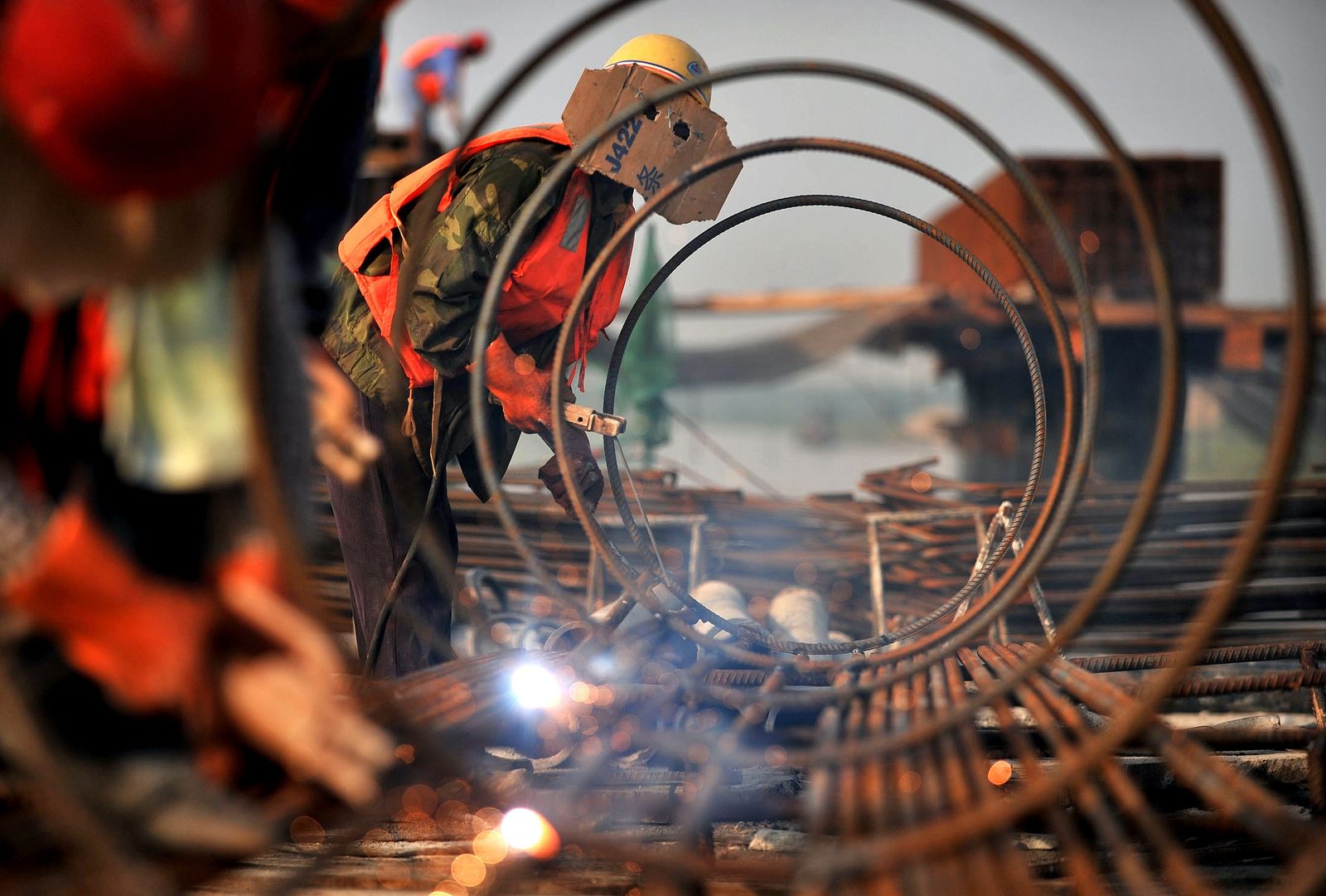