On the one hand, Wednesday's coordinated effort taken by central banks around the world provided a needed shot in the arm to uneasy global stock markets. It was a clear message that the European Central Bank, the US Federal Reserve, the Bank of England and the central banks of Canada, Japan and Switzerland were not going to leave the global economy in the lurch.

And the effects were instantaneous. Germany's leading DAX index spiked by more than 5 percent, in France the jump was over 4 percent and the Dow in New York likewise made gains. Even the euro jumped in value against the dollar.

On the other hand, however, Wednesday's announcement is a clear sign that the problems facing the global financial system are serious. The move will lower the interest rate charged on short-term dollar loans among banks, an attempt to keep the supply of dollars flowing, which is critical to overseas business transactions. But the last time such a measure became necessary was in October 2008, at the height of the financial crisis that erupted in the wake of the collapse of investment bank Lehman Brothers.

Indeed, European Central Bank President Mario Draghi warned on Thursday that the ongoing debt crisis rocking the euro zone may spill over into the real economy. "Downside risks to the economic outlook have increased," he said in a speech to the European Parliament. The comments were enough to put a brake on the stock market rallies seen in Europe on Wednesday.

The threats of a renewed financial crisis have been especially pronounced in Europe in recent weeks, where new capital regulations have many institutions reducing lending in order to increase their capital ratios. Furthermore, because many of them hold large quantities of sovereign bonds from heavily indebted euro-zone countries on their books, other banks have become wary of lending to them. US money market funds, in particular, have sharply reduced lending to euro-zone banks.

And Europe has been doing little to reassure the markets that it will be able to solve its debt problems before it is too late. Pressure is on European leaders to quickly restore investor confidence as they prepare to gather in Brussels on Dec. 9. With interest rates on sovereign bonds issued by Italy and Spain stalled at or near the danger zone, and rates on French and Belgian bonds likewise rising, many fear that the survival of the euro zone is at stake.

Given that reality, German commentators on Thursday are doubtful as to whether the coordinated central bank action announced on Wednesday will have the desired effect.

"While it is important that the central banks ensure that financial institutions have access to money, the massive intervention is a shrill warning signal. The banking system, it would seem, was close to collapse. Many banks no longer trusted each other and ceased lending to one another. European institutions, in particular, were having a hard time getting access to enough dollars because US money market funds, for example, have become mistrustful. The danger that some European banks would become illiquid or insolvent was apparently greater than many thought."

"Whether the liquidity problem has now been solved will only become apparent in the coming days. But even if there are improvements, it would merely mean that a secondary abscess of the financial and debt crisis had been removed, but not the source of the cancer on the sovereign bond market."

"If it was the intention of the central banks to reduce tension on the financial markets, then they were, at least on the short term, successful. The long-term effects of such market interventions, however, is rather less certain. Not all economic problems can be solved with money alone."

"The central banks must beware of two dangers. For one, making ever-increasing amounts of money available could result in their losing control over the amount of money and, thus, inflation. ... Secondly, monetary policy cannot take over the task of finding a solution to the euro zone's state debt crisis. This is and remains the job of the governments in debt-stricken countries. Monetary policy is powerful, but not omnipotent."

"For weeks now, Europeans have been trying to find the 'big bazooka' needed to contain the crisis, but they still haven't found it. The financial leverage that was intended to transform the euro backstop fund into an all-purpose weapon has stalled. Instead of the €1 trillion that had been hoped for, only €750 billion can be raised -- and that's the best-case scenario. But that amount isn't enough to shore up Italy and other crisis-hit countries."

"Fear of the euro's collapse has recently paralyzed the European banking system. This danger appears to have been averted through the concerted action by the major central banks. But it hasn't brought an end to the euro crisis. Hope and improvement of the situation can only happen once the Europeans have found a convincing solution to the problems in Italy and elsewhere."

"EU Economic and Monetary Affairs Commissioner Olli Rehn has finally come to understand this, and he has said that a new firewall must be erected by the EU summit in 10 days' time. But it is questionable whether Berlin has realized this. On Thursday, Rainer Brüderle, the head of the parliamentary group of Merkel's junior coalition partner, the FDP, said the ECB shouldn't buy up any more bonds from crisis states. It sounded as if he wanted to cut off the fire department's water supply. But it would be more sensible to permanently strengthen the fire department. The German government needs to finally clear the way -- otherwise, it will become a threat to the euro and the international financial system."

"There is good news and bad news about the glut of money on the international finance markets. The good news is that the central bankers worldwide, from the United States to China, are in a position to coordinate their actions. They're flooding the interbank market with dollars for the short term. With this, they are preventing the collapse of financial institutions having a hard time getting dollars."

"The bad news is that this technical move has solved nothing -- it's just treating the symptoms. And central banks only act when it's serious. On this point, there can be no more doubt. Still, there hasn't been a collapse like the one at Lehman Brothers in 2008. But the current crisis crept up slowly, and now the situation is even more precarious than back then."

"The fact is that the world economy is on drugs -- and they're called credit. The debt burden on states and banks has piled so high that a difficult detox with unpredictable consequences can only be hindered with even more money."

"It's clear that politicians will look to the central banks more and more because the glut of money doesn't need approval from any parliament. And the consequences will only be clear years from now, namely, in the form of increasingly swift inflation. This way, just like drug addicts, we're only buying more time. And without the essential therapy, we're only making the withdrawal and later recovery more difficult."

"The real economy should be concerned that banks won't have any more money to lend, at which point the world would slide into a recession -- at least that's the horrific scenario put forward by scaremongerers. But, on Wednesday, the big central banks showed the world that the situation isn't that serious yet. Together the global finance markets made more money available to prevent funding shortfalls at European banks, which would in turn affect businesses."

"The concerted action is right because it affects the core business of the central banks: controlling the market through money supply. With this, they've also given Merkel some breathing room in her race against time. It's still possible to put Europe on the path to stability. The alternative is inflation." 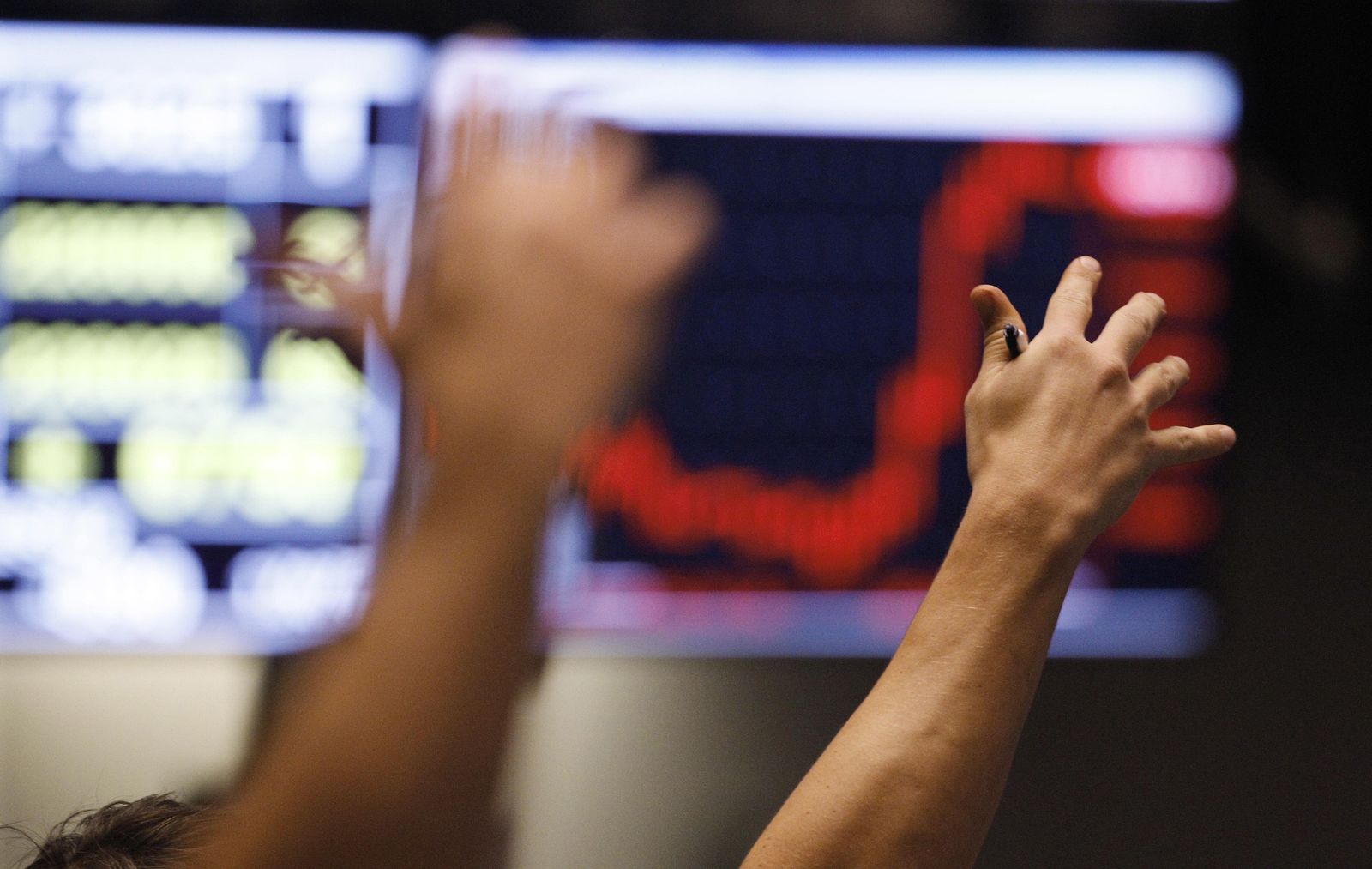 Stocks spiked upwards on Wednesday. But will it last?