Germany's shipping industry has taken a pounding in recent years. And shipbuilding hasn't been doing much better. Shipyards belonging to ThyssenKrupp, Germany's largest steelmaker, haven't seen a new foreign contracts for 11 years, with orders instead going to cheaper foreign competitors. And until recently, its books had been filled with orders for luxury yachts -- but almost all of them have been cancelled. The time to act -- or jump ship, as some would have it -- has arrived.

On Thursday, the company announced it was selling off a large chunk of its Blohm + Voss shipbuilding operations to the Abu Dhabi-based MAR Group. In addition to creating a new joint venture for the manufacture of military vessels, MAR Group will also take over 80 percent of the ThyssenKrupp subsidiaries Blohm + Voss Shipyards, Blohm + Voss Repair and Blohm + Voss Industries. MAR Group already acquired a 90 percent share in Nobiskrug Shipyard in Rendsburg, Germany, in July.

Just as the US erupted in umbrage when Dubai Ports World sought to acquire a number of ports on America's East Coast in 2006, Germans have, in the past, been wary of Arab investment into its key industries. Indeed, Chancellor Angela Merkel's government passed a law during her first term intending to protect important German companies from being sold to investors outside the European Union, particularly those based in Russia, China or the Arab world.

Under that law, the ThyssenKrupp deal is subject to government approval. But so far, the loudest protests have come from the labor union IG Metall, which fears a loss of shipbuilding jobs. There is little indication that Berlin might put the kibosh on the significant Arab investment.

And that has German commentators scratching their heads on Friday.

"It's hardly been two years since Angela Merkel and her government erected a defensive wall around Germany's companies. The government ... wanted to use a law to prevent sovereign wealth funds and state-owned companies from Russia, Asia and the Arab world from snapping up the best companies in the country and allowing 'Made in Germany' technology to be copied in China, Siberia or the Persian Gulf. Merkel was encouraged by business lobbyists, who were warning her in the strongest of terms about hostile foreign investors."

"Two years and a financial crisis later, no one cares about this law anymore. Government leaders in Berlin allowed Arab investors to invest in the industrial services company MAN Ferrostaal and a state-owned Russian bank to take over Opel. Now the country's most storied shipbuilder, Blohm + Voss, looks set to be sold to an Arab investor."

"This won't be the last of such transactions. At the moment, Arab and Chinese and even some Russian investors are drowning in the very cash that so many companies here need. The financial crisis has swept away a lot of things in Germany. One is these is the protectionism established in an era when the economy could still afford it."

"What a change in climate. Two years ago, German politicians and business lobbyists were fighting over the German Foreign Trade and Payments Act (AWG).  And now Abu Dhabi wants to team up with the Blohm + Voss shipyards to build warships -- and the government's alarm bells lie silent."

"It would appear that the government is right to stay out of it. The construction of submarines, with their highly sensitive military technology, will remain entirely under the control of Thyssenkrupp. The joint construction of standard frigates presents no security risk to either Germany or its NATO partners. Even if Abu Dhabi was insane enough to want to arm itself and attack Europeans, they could easily get their hands on warships somewhere else."

"Shat have we learned about the amended AWG over the last two years? So far, it appears as if it were just as unnecessary as it was harmless.... Contrary to what critics feared, it has in no way deterred foreign investment, and it has not been used in the cause of protectionism. Germany, the world's export leader, has realized that it needs the rest of the world not just as a place to sell its products. It has also realized that, without rescuers from the East, a number of companies in the banking, auto manufacturing and shipbuilding industries would have had to shut their doors."

"ThyssenKrupp's executive board has succeeded in accomplishing what few thought possible -- a coup that liberates it from its shipbuilding division.... It had no other choice."

"Thanks to the ongoing economic crisis, the company has its back against the wall. Its losses are piling up, and both politicians and unions are reducing any wiggle room the company's management might still have. In civil shipbuilding, the situation is hopeless  and things are hardly any better in the military branch. The only area in which Thyssen has remained competitive is in submarine construction, which will remain in German hands."

"The partial sale of the shipbuilding division ... shouldn't be a source of anxiety to the government. Investors from the United Arab Emirates are dependable partners who will be very careful about making cuts in facilities or jobs."

"For the global marine industry, the real potential for business does not lie with making attack and battle-ready ships more suited for national fleets. Instead, the real growth potential is to be found in vessels for guarding coasts. The real demands of the future are fighting weapons or drug smugglers and suppressing terrorist activities. For such tasks, the small, flexible ships made by Blohm + Voss are perfectly suited. At the same time, though, its shipbuilding operations have become one of the biggest millstones around ThyssenKrupp's neck. Dozens of orders have been cancelled, and there are no new orders coming for ships for either civilian or military use. And the 6,000 employees working in Hamburg, Kiel and Emden are threatened with very severe job cuts."

"This explains, in turn, why Germany's federal government and the affected states have been able to accept the investors ThyssenKrupp has found with a smile. The emirate might just turn out to be able to open doors to others countries that want or need to invest in coast-guarding vessels. And the clientele for mega-yachts continues to be located primarily in this region." 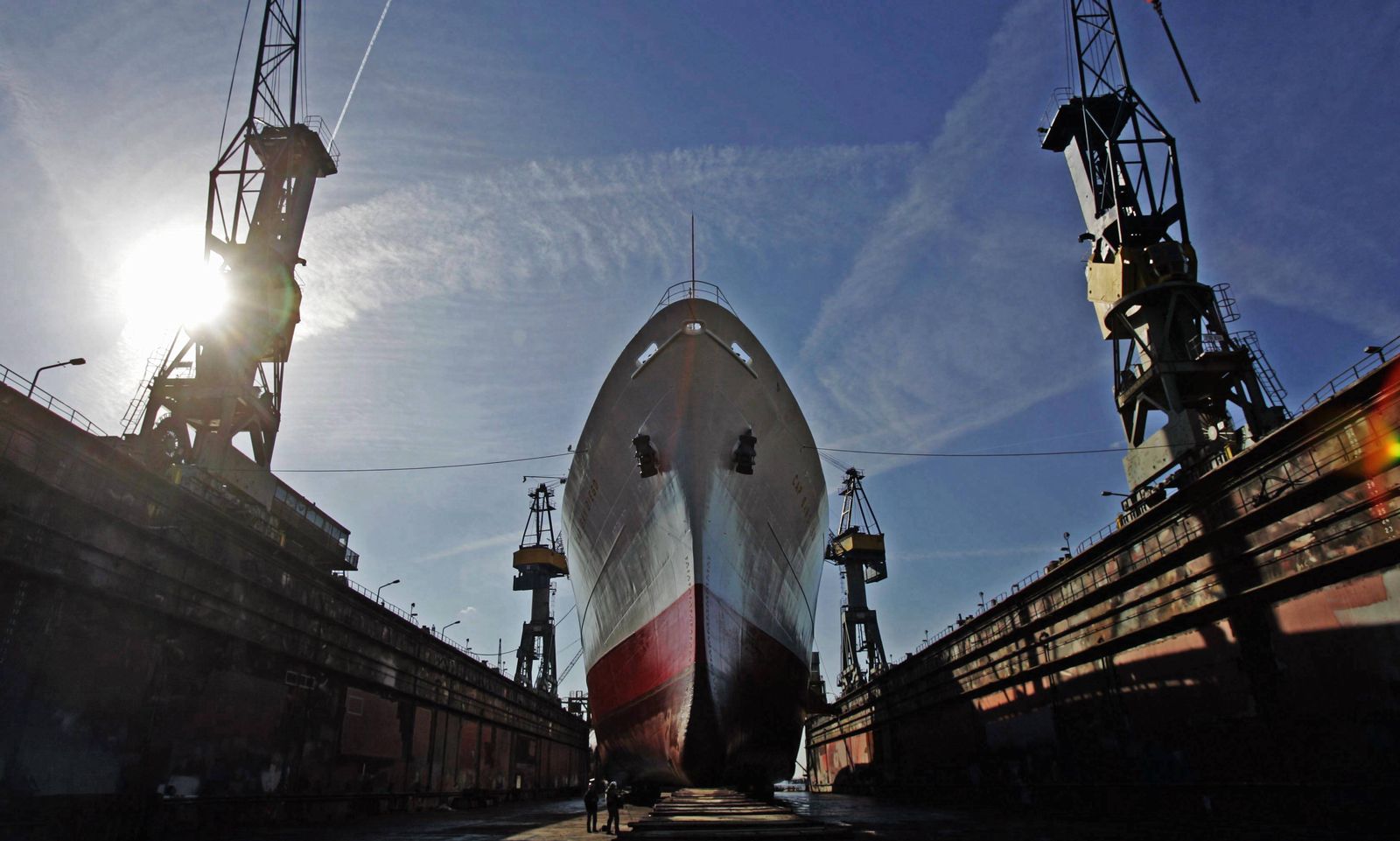 Will ThyssenKrupp's partial sale of some of its shipbuilding subsidiaries breathe new life into them or spell their end?