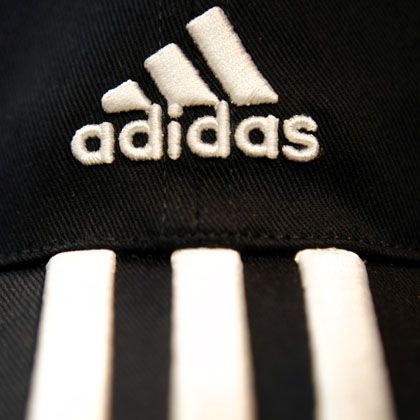 Critics have called on Olympic sponsor Adidas to issue a statement supporting dialogue with the Dalai Lama and criticizing human rights violations by China.

In an interview with SPIEGEL to be published on Monday, the chairman of German multinational sporting goods company Adidas has criticized protesters who have sought to disrupt the international Olympic torch relay.

"It's okay if people use an event like this to proclaim their their political views," said Adidas Chairman and CEO Herbert Hainer, "but it is my opinion that they do not have the right to disrupt the torch relay or to try to extinguish the flame."

The company, based in the western German city of Herzogenrach, is sponsoring the Beijing 2008 Summer Olympics to the tune of €70 million ($108 million).

Hainer said he had "no guilty conscience" about the presence of paramilitary Chinese security personnel who attacked pro-Tibet demonstrators on foreign territory during the Olympic torch relay.

"If we had anything to hide," he told SPIEGEL, "then we wouldn't be sponsoring anything." Hainer also defended his company's sport sponsorship program. In addition to the Chinese team, Adidas is outfitting 15 other national teams representing 27 of the 28 summer Olympic sports.

"The Olympic Games have been a part of our brand for years," he said. In China, he said, the company is seeking to establish an emotional bond with consumers. "It is our goal to have over €1 billion in sales in China per year by 2010," Hainer said. 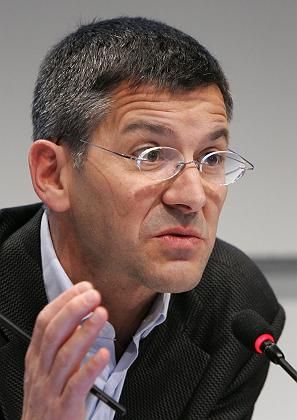 Adidas Chairman and CEO Herbert Hainer: The company wants €1 billion in annual turnover in China by 2010.

He said it was his opinion that in sports you had to deal with countries "who don't share our views of a democratic society." Human rights groups have been pressuring Adidas to issue a statement on human rights questions encouraging China to take up a dialogue with the exiled Tibetan spiritual leader, the Dalai Lama. Hainer characterized the calls as an "effort to drag us into politics, and we will not allow that to happen. Otherwise, we would have to speak out against (separatist Basque terror group) ETA in Spain and we would have to tell the government in the USA what we think of Guantanamo."

Hainer said he didn't believe his company had suffered any image damage because of its involvement in the Chinese Olympics. "In any case, we've had more e-mail complaints in recent days about the use of kangaroo leather in our shoe products than about China," he said.

SPIEGEL ONLINE will post the Herbert Hainer interview in its entirety later this week.