Günther Merl had actually already gone into retirement. His days were to be filled with walks, bike rides and lazy days at his farmhouse on the banks of the Bavarian lake Chiemsee. But now Merl, the former head of the German government's Special Fund for Financial Market Stabilization (Soffin), is having trouble putting the past behind him.

Heinz Hilgert has a similar problem. He was appointed CEO of WestLB in 2008 in the hopes that he could solve the bank's deep problems -- but he became so demoralized that he resigned after a year. Now he too is making his voice heard once again. The two bankers feel that there is simply too much at stake: nothing less than the future of the German financial industry -- and billions upon billions of taxpayer money.

Merl and Hilgert, together with two professors, have written a polemic in which they argue that a government commission is needed to finally do something about what they call a "political mess." While countries like the United States took advantage of the financial crisis to clean up and strengthen their banks, "Germany's most important banking problem remained unresolved," says Hilgert. He is referring to the long overdue reorganization of the country's ailing state-owned banks.

Prior to the financial meltdown, the lenders -- with government backing -- borrowed hundreds of billions of euros at favorable terms and invested the money in what they believed to be highly profitable securities. But after the collapse of US investment bank Lehman Brothers, many of these investments proved to be toxic. The government had to rush to the banks' aid with billions in bailout funds, but the banks still have large numbers of the toxic securities on their books.

All attempts to tackle the problem have failed. There has been a dearth of workable concepts and a lack of effort on the part of the state governments and the regional savings bank organizations, which own the banks.

Officials at the Finance Ministry in Berlin hope stress tests to be performed on European banks later this year will force the industry to rethink. The tests are designed to show how well or poorly Europe's banks are equipped to withstand future crises. They will "make it clear to everyone involved, once again, how urgent it is to consolidate the state-owned banks," said one Finance Ministry official.

The drama surrounding WestLB, partly owned by the state of North Rhine-Westphalia, illustrates how expensive the delayed reforms will be. During the financial crisis, toxic securities valued at more than €77 billion ($107 billion) had to be transferred to a so-called bad bank called the Erste Abwicklungsanstalt (EAA). A €3 billion cash injection from Soffin averted the bank's collapse.

But it wasn't until European Competition Commissioner Joaquín Almunia announced he would no longer accept unconditional government bailouts that bank owners began to look at possible future solutions. WestLB, for example, is to be shrunk from its present size of 5,000 employees down to an institution with just 600 to 1,000 employees. Its primary purpose is to be the processing of payment transactions for savings banks. All other divisions will be sold off or transferred to the EAA.

The rescue of the stricken institution threatens to cost the state of North Rhine-Westphalia additional billions. Some 31 percent of North Rhine-Westphalia's share of WestLB is still on the books of NRW Bank, the state's development bank, at a nominal value of €2.2 billion. According to an internal government memo, appraisers recently estimated the real value of the holding at just €300 million. North Rhine-Westphalia will have to make up the difference. The state guaranteed as much in 2005, and even pledged to pay a 4 percent annual interest rate on the difference between the official value and the actual book value.

Yet Another Gap in the Budget

If the state surrenders its WestLB shares during the course of the bailout as planned, NRW Bank will be confronted with an outstanding claim of up to €2.5 billion. Governor Hannelore Kraft will have to plug yet another gap in the budget.

And this is probably only the beginning. The state, the federal government and the savings banks are jointly liable for unexpectedly high write-offs of securities held by the EAA. These costs, too, could run into the billions. The expected downsizing could generate additional costs.

Things aren't quite as bad with other state-owned banks. Some, in fact, are cautiously optimistic about the future. BayernLB, for example, proudly announced, prior to the official release of its financial statement, that it had achieved a pre-tax profit of €800 million in 2010. The bank, CEO Gerd Häusler said, is "on the right track." Häusler is in the process of drastically reducing the size of his bank -- sufficient measures for now, he believes. Even scandal-ridden HSH Nordbank, partially owned by the city-state of Hamburg and by Schleswig-Holstein, achieved a tiny profit in 2010.

Nevertheless, there is no reason to be "shouting for joy" at the state-owned banks, officials at the Finance Ministry say soberly. Positive numbers are often misleading. They come about because the banks have reduced their risk reserves, and because the government provided billions in bailout funds.

State-owned banks still have to fight for every euro on the financial markets. Some have joined the stricken Irish banks as being among the biggest beneficiaries of the European Central Bank, which still provides needy banks with unlimited liquidity.

Without this fresh cash, the state-owned banks would quickly run into trouble. Because their needs are enormous.

This year, bank bonds worth €123 billion will mature at WestLB and the other state-owned banks. In 2012 that value will increase to €151 billion.

Passing on the Costs to Taxpayers

In light of the necessary reforms, Finance Minister Wolfgang Schäuble, a member of Chancellor Angela Merkel's center-right Christian Democratic Union (CDU), made a big to-do about inviting the owners of the troubled banks to a crisis meeting last September. The participants were eager to demonstrate their good intentions. But the merger proposals they made were often without substance, say members of the administration. Another meeting that had been scheduled for November was quietly cancelled.

Many governors are having trouble parting ways with institutions with which "they can move a few millions with a phone call, without having to ask their parliaments," says economist Martin Hellwig of the Max Planck Institute. In 2010 Peter Müller (CDU), the governor of the western German state of Saarland, even bought back the majority of shares in his state's Landesbank, SaarLB, which had once been sold to its Bavarian counterpart, BayernLB.

With the obliging help of then Bavarian Governor Horst Seehofer, head of the CDU's Bavarian sister party, the Christian Social Union (CSU), the savings bank representatives in Bavaria pulled off a clever coup. During the financial crisis, the state provided BayernLB with €10 billion in taxpayer money while the savings banks paid nothing. Indeed, they were even able to reduce their ownership stake from 50 percent to 6 percent. The bank's future, of course, is still up in the air.

It is a situation that cannot continue. "Something has to happen," says former Soffin head Merl. Many hold similar views at the Finance Ministry in Berlin, where the group of four's pamphlet was read with interest. Regrettably, say officials, the government commission the group has called for cannot be established. State-owned banks, after all, are the states' responsibility. And the buck is being passed from one set of politicians to another. 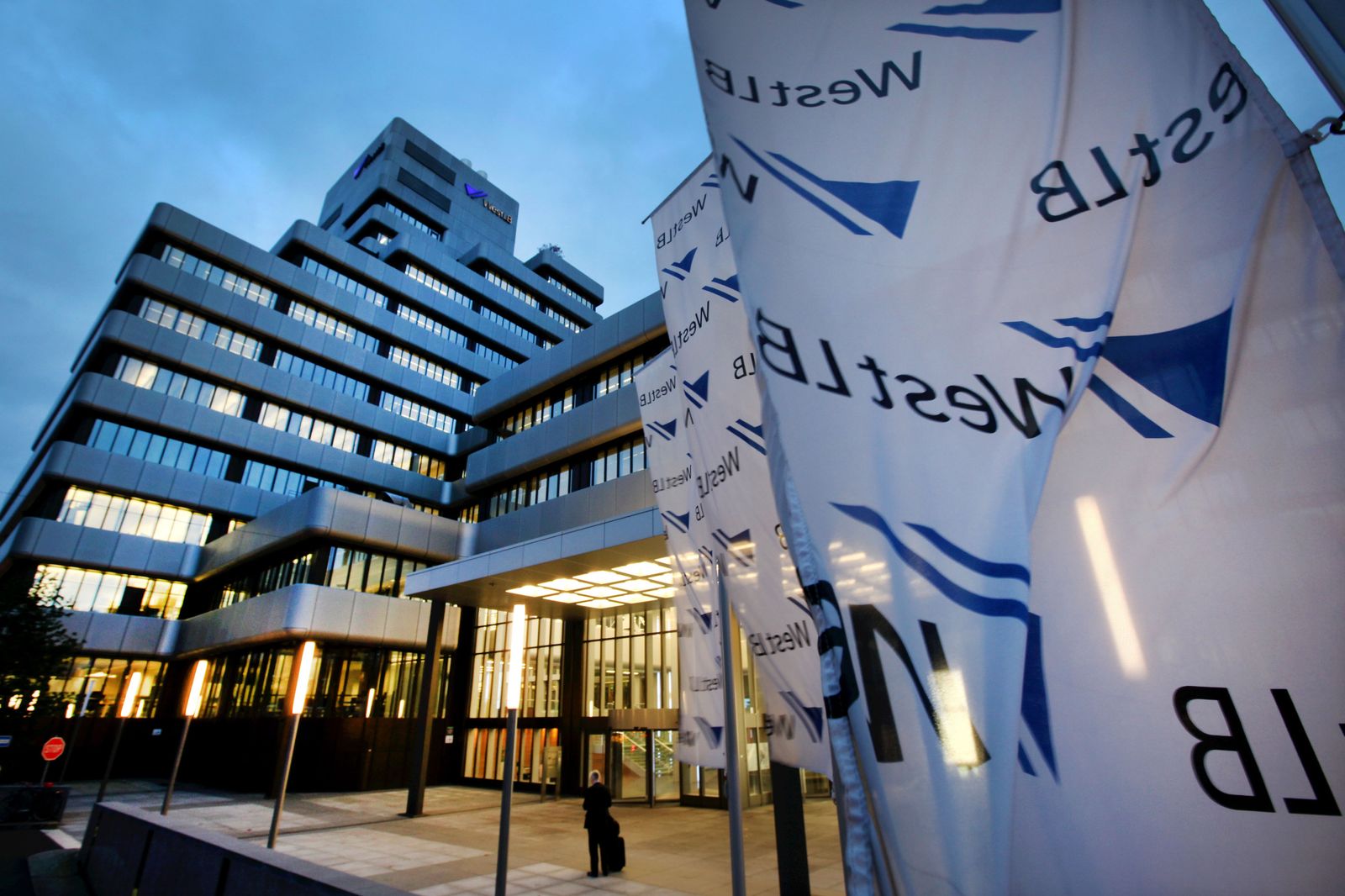 WestLB isn't the only state-owned bank in Germany in bad shape.