A dispute between European and Chinese solar panel manufactures could turn into a full-blown trade war, makers of the products in China warned on Thursday. As the world economy constricts, they say, such a battle could be fierce.

Four of China's largest solar panel companies issued a statement urging "high-level dialogue" to calm the situation, but also said Beijing should do everything possible to protect the "legitimate rights and interests" of Chinese manufacturers.

The statement came one day after a group of European solar panel makers, led by Germany's SolarWorld, filed a complaint with the European Commission, the EU's executive arm, asking for import tariffs to be placed on Chinese competitors' products. The group that filed the complaint included 25 companies from across the EU, and calls itself ProSun, SolarWorld said on Thursday.

They accuse Chinese manufacturers of photovoltaic cells of selling the products below cost, a practice known as "dumping," in order to gain a bigger foothold in the European solar energy market, the world's largest. They also suspect that China has provided illegal subsidies to its solar panel manufacturers to make this possible.

The companies joining the statement from China -- Yingli, SunTech, Trina and Canadian Solar -- deny that they are receiving subsidies. They also warn of the consequences should the European Commission introduce tariffs.

"We hope that the European Commission will recognize that any protectionist measures would harm the entire European solar industry and that a misguided trade war would undermine years of progress," Jerry Stokes, President of Suntech Europe, said in a statement posted on the company's website.

Zhang Qian, head of the Beijing office for Canadian Solar, went even further in comments to the Associated Press. "If the anti-dumping complaint goes through it will be impossible for Chinese companies to export to Europe anymore," he said. "That would be a disaster for the Chinese solar industry."

German companies say they have been struggling with overproduction, pricing pressure and subsidy cuts due to the economic crisis. A number of solar panel manufacturers have gone under recently. "The Chinese companies are provided credit worth billions and offer their products for less than manufacturing costs despite massive losses," a ProSun spokesperson told German financial daily Handelsblatt on Thursday.

The Chinese companies are already on edge after the United States slapped them with trade sanctions in May, a measure that had also been backed by SolarWorld's US subsidiary. In retaliation, China launched an investigation into how the US supports its solar industry.

The quartet of China-based companies also claimed that some 60 percent of China's $35.8 billion in solar product exports went to Europe last year. They warned that any trade war could have devastating effects on European companies as well due to their crucial role in the supply chain.

German Environment Minister Peter Altmaier showed his support for the country's solar industry during a visit last week to the state of Saxony-Anhalt, saying he would support appropriate measures against competitive distortions. He also pledged to discuss the matter with Chinese authorities on a visit to the country with Angela Merkel scheduled for the end of next month.

The European Commission now has 45 days to decide whether it will investigate the complaint, a move that insiders have said is likely. Should they choose to proceed, the Commission would have to make a ruling within nine months. The body has so far refused to comment on the issue. 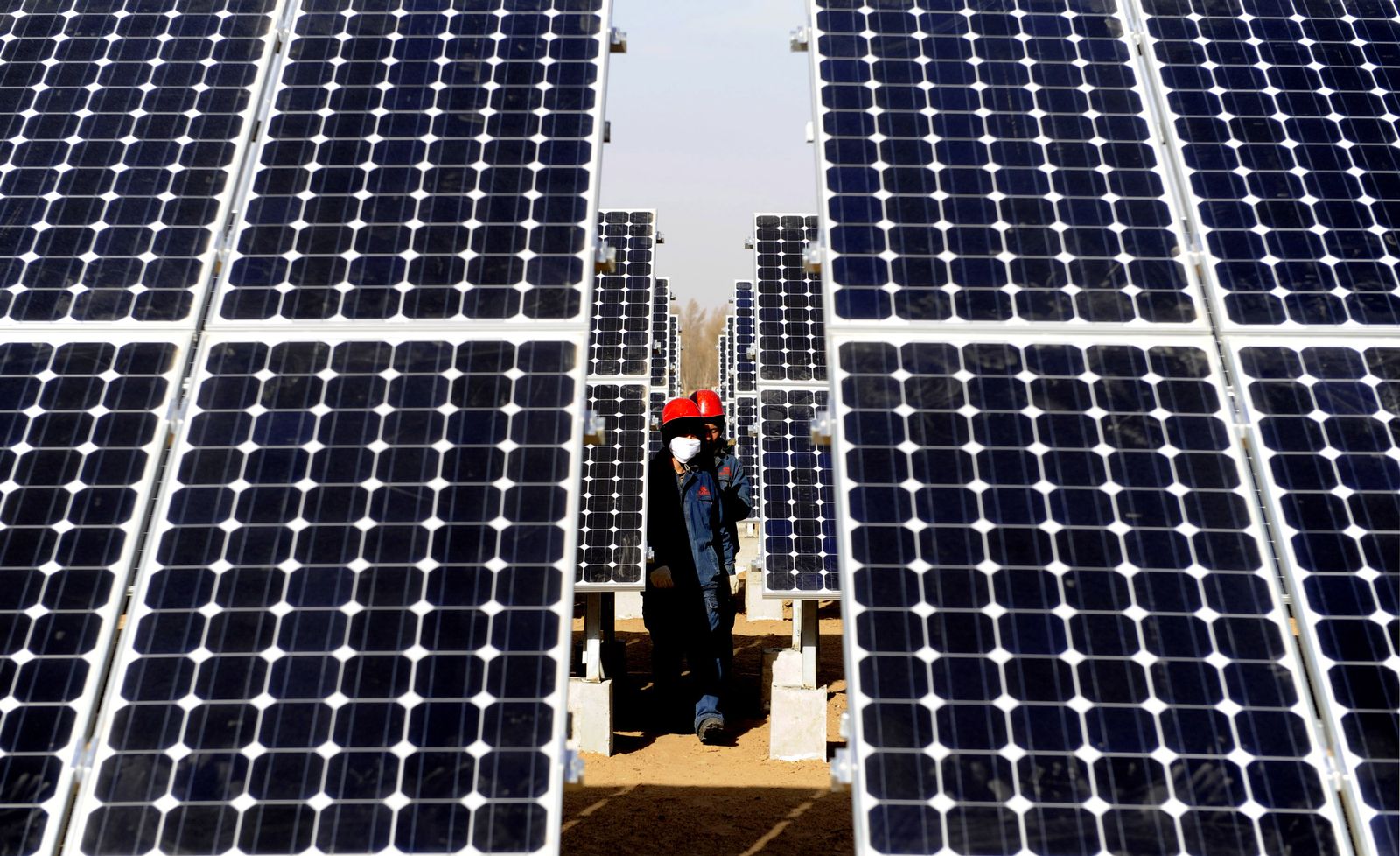 European firms have accused their Chinese rivals of 'dumping' products in the EU market.