It is an agonizing predicament that Toyota finds itself in -- the most excruciating in the company's history. Vehicles accelerating on their own continue to cause problems, and the inability to bring the matter to a close could spell ruin for the company. 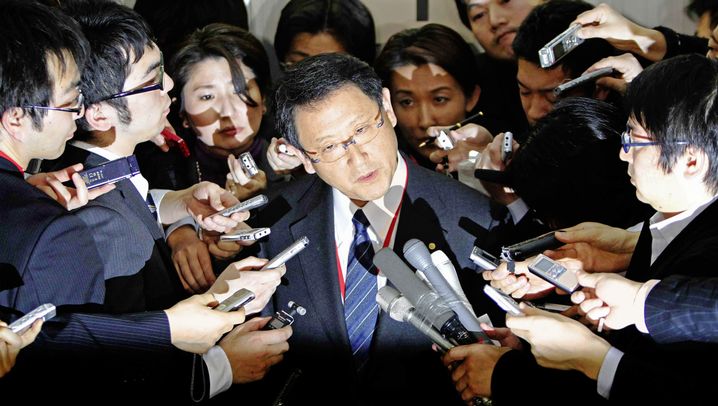 Photo Gallery: The Tribulations of Toyota

Worn down Toyota managers wanted to bring a little optimism to the Geneva Motor Show last week, but the latest bad news -- that repairs failed to solve the carmaker's gas pedal problem -- ruined the mood.

Numerous Toyota drivers in the United States have alerted the National Highway Traffic Safety Administration (NHTSA), the country's highest transport authority, that their vehicles continue to accelerate by themselves even after repairs made following the recall.

The NHTSA isn't releasing details at the moment, but the news feeds a suspicion that has been circulating for some time -- that the cause of the problem lies not with the pedal mechanism, nor is it due to floor mats sliding out of place. Rather, it is thought that the engine's electronic steering system is to blame. Were that to be the case, it would render pointless the repairs, which involve inserting metal shims under the gas pedals, currently being carried out in Toyota repair shops.

In the affected Toyota vehicles, like those sold by the company's competitors, the pedal is no longer connected to the engine mechanically. Instead, pressure on the pedal is transmitted electronically and the throttle valve opens electromagnetically.

It's not just technophobes who view this transmission path as potentially more fraught with problems than the classic, mechanical system using rods and cables. Even Apple co-founder Steve Wozniak said of the problem, "This is software. It's not a bad accelerator pedal." Wozniak says he himself recently experienced unintended acceleration in his brand new Toyota Prius. Similarly behaving Toyota vehicles have now been blamed for 52 fatal accidents in the US.

It's hardly surprising that Toyota is vehemently denying the electronics theory -- the company's very existence is at stake. It's impossible to repair a software glitch that can't even be located. This would mean taking millions of cars off the roads and discontinuing nearly all of the company's production. Toyota would tumble in the blink of an eye from being the world's most successful automobile manufacturer to the brink of bankruptcy.

Will Toyota be able to convince American authorities that its electronics aren't at fault? It's essentially impossible to prove beyond doubt that electronic components are free of flaws. Head designer Takeshi Uchiyamada is working desperately to explain each and every processor in the throttle valve control system to the US Senate. The company also commissioned experts at the American engineering consulting firm Exponent to search for glitches in the relevant electronics. They didn't find any.

That didn't satisfy critics, though. "Exponent is an engineering and consulting firm well known for defending corporate clients in product liability litigation," explains former NHTSA head Joan Claybrook. Congress has brought in David Gilbert, a professor of automotive technology, as an expert witness. Gilbert inspected the pedal electronics in his own and four other Toyota vehicles, personally manipulated the electronics, and found that the system didn't show an error message. He concluded that a malfunction in the circuitry "could potentially result in a runaway engine."

That's not proof of a flaw in the system, but it does touch on a powerful buzzword. The idea of "runaway engines" is a deeply planted fear in the psyche of American drivers, which makes it difficult to take a rational look at the issue.

No other country in the world has comparable problems with cars accelerating on their own. In the US, though, "sudden unintended acceleration" is a mass phenomenon. It has become the topic of various nonfiction books and online self-help groups -- indicators to those affected that they aren't alone.

NHTSA has received 12,700 complaints of unintended acceleration in the last decade, across the spectrum of brand names. Ford, Chrysler, General Motors, Honda, and nearly every other carmaker have been affected. The causes of the phenomenon are as difficult to track down as are reported UFO sightings -- partly because those affected don't take kindly to doubters.

In the mid-1980s, Volkswagen subsidiary Audi experienced an especially puzzling spate of accidents related to cars that allegedly accelerated on their own. The company eventually had to modify its pedals, although the vehicles were not recognizably flawed. It took over 10 years before Audi sales in the US recovered.

Toyota now plans to introduce an override system that cuts power to the engine when the brake and gas pedal are applied at the same time. This too is more a confidence-building gesture than a technical necessity.

But confidence building is the name of the game at the moment. The motif of the runaway car has long been part of American pop culture, even providing fodder for Hollywood -- look no further than the Stephen King classic "Christine." In a country where the automobile can become autonomous, what better company to express this paranoia than the number one carmaker from Japan?

The US has Toyota at its mercy -- and the schadenfreude is hard to miss. For years the model company from Nagoya was the American auto industry's most powerful rival, and Toyota's success was Detroit's downfall. Now CEO Akio Toyoda has embarked on a pilgrimage of penance, bowing before Congress and giving his condolences to the families of accident victims.

Nevertheless, it remains unclear as to whether the cars involved in those accidents were actually defective. The same cars exist around the world, but no accidents of this type have occurred anywhere outside of North America. There were also cases of stuck Toyota gas pedals in Germany. The drivers braked successfully, and notified their car dealerships. None of them met their deaths.

Searching for the Holy Ghost

The debate in the US, meanwhile, is hardly helping to establish the truth. The public is presented not with solid analysis of the problem, but with images taken from startling eyewitness reports. Since Toyota announced its recalls, the number of those who believe their accidents occurred for the same reason has risen rapidly.

One of those to testify in hearings before Congress was retired social worker Rhonda Smith, who tearfully described her "near death experience" three and a half years ago in a Lexus ES 350. Smith says that as she was driving along Highway 66 to Knoxville, her vehicle suddenly accelerated on its own to 100 mph.

Smith asserts she did everything in her power to stop the car -- braking, putting the car in neutral, then even in reverse. Nothing worked, she says. It would seem three of the car's functions all froze at once, only to inexplicably return to normal shortly thereafter.

"At almost exactly six miles, God intervened," Smith testified. The car's speed dropped, and she was able to park it on the median.

The NHTSA has shown an extraordinary willingness to investigate the case. The agency purchased the vehicle in question -- which had functioned well for its subsequent owners -- and plans to have it analyzed.

Whatever they may find under the hood, it seems safe to say that the Holy Ghost is long gone. 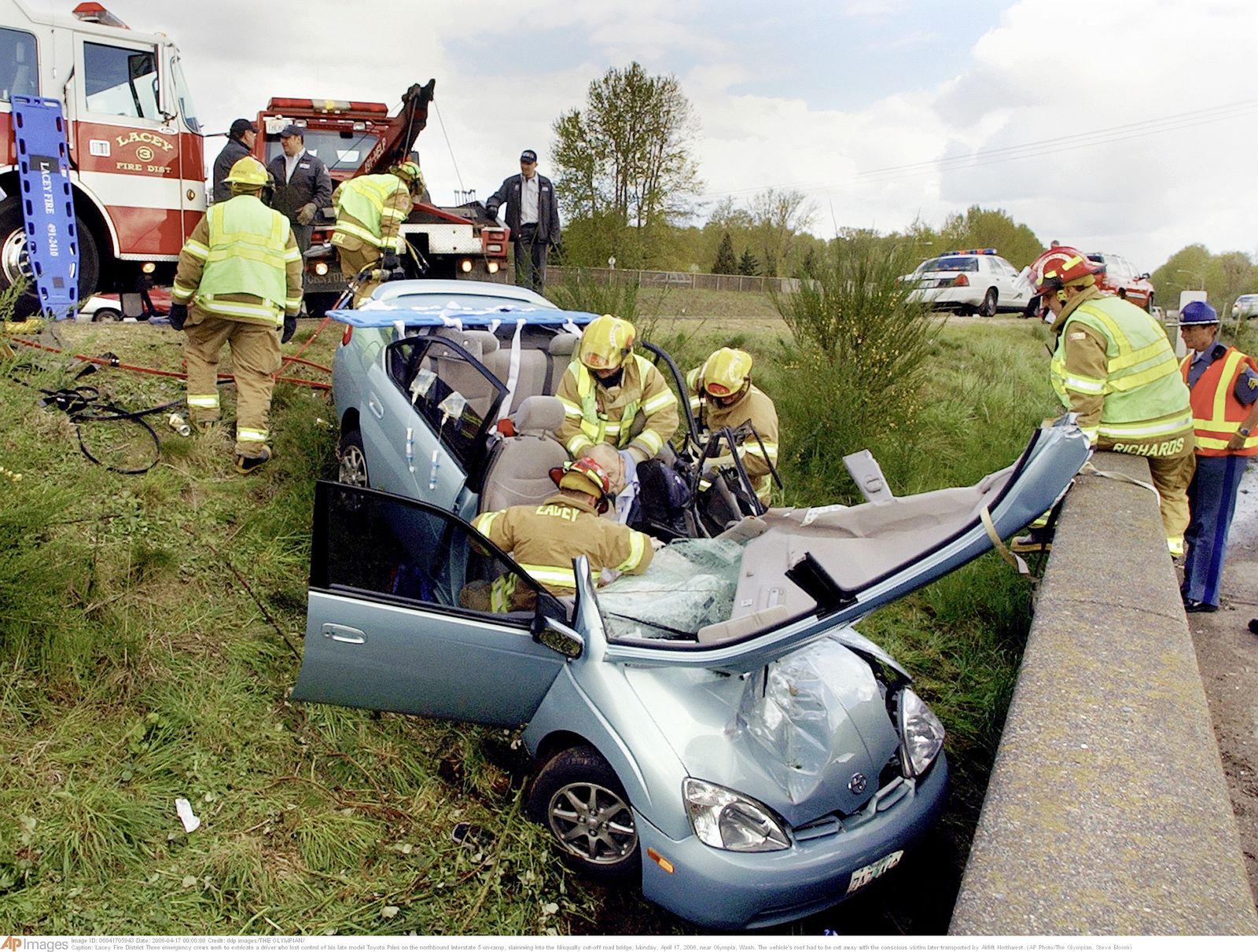 Even after recent recalls, drivers have reported stuck gas pedals. Accidents allegedly resulting from the problem have led to 52 deaths in the United States. Elsewhere, however, the death toll has not been as high.