In 2005 I interviewed Peter Wuffli, then the CEO of Swiss Bank UBS. I asked him how he felt about Swiss bank accounts being used by citizens of other countries to hide funds from the taxman. This is how he responded: 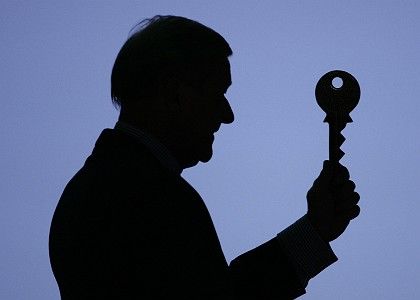 Swiss banking giant UBS has agreed to turnover customer data to the US.

For UBS and other Swiss banks this sort of thinking has justified allowing the wealthy and not-so-wealthy of the world to use Swiss financial institutions to hide money away from the prying eyes of tax men everywhere.

Now, that lucrative practise, which has contributed richly to the cozy, lakeside splendor of Zurich and Geneva, the main Swiss banking centers, is very much under threat. Under a deferred prosecution agreement, UBS has ageed to provide the US government with the identities of and account information for, certain US customers of UBS's cross-border business "who appear to have committed tax fraud or the like."

UBS also has agreed to pay $780 million in disgorgement of profits from maintaining cross-border accounts, as well as unpaid taxes associated with fraudulent sham nominee and offshore structures.

According to a statement from the US Attorney of the Southern District of Florida in Miami, when UBS bought its Paine Webber brokerage in 2000, the bank voluntarily agreed to report to the Internal Revenue Service income for its US clients. Instead, the document says, certain UBS executives helped clients set up new accounts in the names of nominees and/or sham entities. This device was used by UBS to justify evading its reporting obligations, the statement says.

With a large US brokerage and investment banking business, UBS was extraordinarily reckless. These actions, knowledge of which seemed to go quite high if not to the top of the bank, put all of these activities in danger. "It is apparent that as an organization we made mistakes and that our control systems were inadequate," CEO Marcel Rohner said in a statement.

While its not clear how many accounts will be subject to this agreement, American clients must be quaking in their boots. Some have already been pursuing settlements with the IRS. Tax-evading clients from other countries, notably Germany, and the Swiss private banking industry that thrives on their stashed wealth must also be very worried. If the US can successfully pressure UBS into revealing sensitive information on clients, then other jurisdictions may also hope to be successful.

UBS is trying to limit the number of accounts it will be forced to reveal. The US government has filed a civil suit asking a court to order UBS to disclose all secret accounts of US customers. According to the lawsuit, as many as 52,000 US customers hid their UBS accounts from the government. As much as $14.8 billion in assets may be involved. UBS says it will fight the suit.

Peter Kurer, who took over as Chairman of UBS from Marcel Ospel last year commented: "Client confidentiality, to which UBS remains committed, was never designed to protect fraudulent acts or the identity of clients, who, with the active asistance of bank personnel, misused the confidentiality protections..."

Maybe so, but it is difficult not to think that UBS and other Swiss banks are more and more going to be forced to earn their living from providing superior wealth management and other services, not just rely on the attractions of secrecy. UBS has said in the past that it is committed to doing just that, but some of the bank's executives obviously couldn't resist the easy money available from aiding tax evasion.