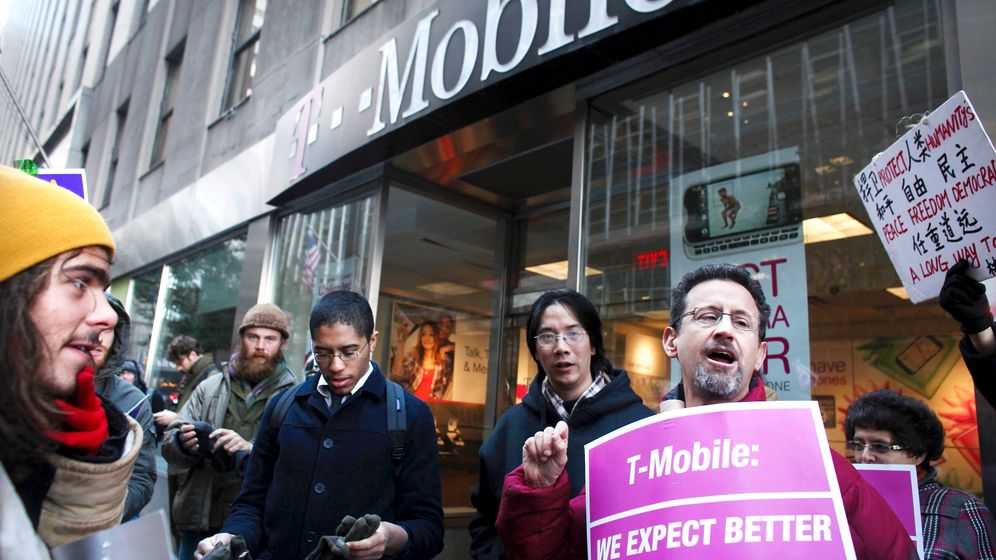 The conference hotel, located in an area known as Cargo City Süd at the edge of the Frankfurt Airport, was chosen deliberately for the anonymity its meeting rooms offered, allowing the two powerful union representatives who met there to retreat discreetly if necessary. One man, Lothar Schröder, is deputy chair of the supervisory board at Deutsche Telekom AG and national chair of powerful German trade union Ver.di. The other, Larry Cohen, heads the 700,000-member union, the Communications Workers of America (CWA).

Over the course of two days, these two union representatives worked out a unique new campaign. In the coming weeks, they plan to mobilize employees on both sides of the Atlantic, as well as bringing the United States Congress, German parliament and various ministries into position and providing the media with sensitive information. The target: German telecommunications giant Deutsche Telekom, headquartered in Bonn. The issue: alleged harassment and poor working conditions at the company's subsidiary T-Mobile USA.

For years, union representatives have accused the company of preventing the election of workers' representatives and suppressing any form of employee codetermination. The American subsidiary's management doesn't shrink from "dismissals, defamation and intimidating employees," the unions say.

Until now, Telekom was able to dismiss such accusations as "unfortunate isolated incidents" and "slip-ups" on the part of overzealous supervisors. That tactic, though, will be considerably more difficult in light of the documentation the union representatives have gathered.

Over the course of several months, Schröder and Cohen assembled a dossier on working conditions at T-Mobile USA. They spent hours speaking with employees, taking videos, analyzing both new and old interviews and corroborating their findings. What emerged, the Ver.di representative says, is a picture of a company that "exercises brutal psychological terror against its employees." Colleagues at Ver.di's Berlin headquarters who were involved in analyzing the interviews even go so far as to call it "tyranny."

Forced to Wear a Dunce Cap

René Obermann, CEO of Deutsche Telekom, has been trying for years to sell the company's American subsidiary to a competitor or at least find a partner for T-Mobile, which is teetering on the edge of crisis. To make the company more attractive to potential buyers or partners, Deutsche Telekom has apparently intensified performance requirements and working conditions for its over 30,000 employees in the US.

Those most affected are call center employees. They have seen their time allotted for handling customer requests cut by about a third, while at the same time their sales targets for cell phones and contracts have increased significantly.

Employees interviewed by Cohen and Schröder report that anyone failing to meet these ambitious targets is reprimanded, harassed and threatened with dismissal and personal consequences. If even that fails to have an effect, employees are publicly humiliated as well.

In one call center in Chattanooga, Tennessee, employees who didn't perform to standard were made to spend hours wearing a dunce's cap as a highly visible sign of their supposed failure. One 41-year-old employee described how the hat made its way from desk to desk, eventually landing with her. She had to wear it several times, in fact, and said she had never in her life felt so "small and ridiculous."

Deutsche Telekom calls it a "regrettable isolated case." Yet that definition seems to apply only to the particular technique used, not to the method as a whole. Team managers in other call centers were made to wear silly-looking backpacks if their teams didn't perform sufficiently. Other employees were sent home to compose a several-page essay on the topic, "Why T-Mobile should continue to employ me." If their work on this unpaid homework assignment was judged unsatisfactory, it was followed by further humiliations, warnings and even dismissals, according to the union leaders' documentation.

"We take every individual incident seriously, investigate it and address any grievances that may exist," says CEO Obermann, who says he believes it is "evident" that the unions' campaign is actually meant to "increase their influence and power in the US."

The company's human resources department also categorically denies any systematic application of humiliation techniques. In some older cases, they say, the misconduct of certain supervisors has already been remedied. As for the rest, the company points out that T-Mobile USA as an employer has received various awards, and that according to recent surveys, T-Mobile employees are highly satisfied with the company.

Here's what Deutsche Telekom isn't saying: T-Mobile ranked as the most customer friendly company in the US in 2010, but has since fallen to fourth place, trailing behind three of its biggest competitors. The unions believe there are clear reasons for this decline, suggesting that T-Mobile employees have resorted to their own dishonest methods in order to fulfill the company's high performance requirements. "Slamming," as it is known internally, entails adding services to a cell phone contract that the customer didn't order.

In the short term, an employee using this method improves his or her sales figures. In the long term, however, customer satisfaction declines, as does the company's reputation, as more customers file complaints.

But Deutsche Telekom doesn't want to hear any of that. Instead, the company believes the current campaign is a transparent attempt on the part of the union, which has been unable to gain access to T-Mobile USA despite years of intensive efforts.

"And no wonder," counters CWA head Cohen. He says Deutsche Telekom did everything it could to deny him access. Gatherings on company premises were forbidden, as was the distribution of flyers, Cohen says, and employees who sympathized openly with the union had to fear harassment or dismissal. The dossier documents several such cases.

Several weeks ago, Cohen's German partner Schröder presented the interview results to Obermann and Marion Schick, Deutsche Telekom's board member responsible for human resources, but little has changed. Schick simply informed the union leaders in a letter that she believes T-Mobile USA has created "an excellent working environment," in which "employees and supervisors communicate freely and openly."

The two union leaders say that sounds like "mockery" to them. It simply can't be that a German company, particularly one in which the German government holds a share, violates workers' rights in the US so blatantly, Schröder says. The union leaders have lined up initial talks with politicians, stockholders and the company's boards.

For Obermann, the employees' offensive comes at a bad time. After American authorities prohibited the sale of Deutsche Telekom's crisis-bound subsidiary to telecommunications giant AT&T over a year ago, Obermann thought he'd finally found a solution, announcing an interest in merging T-Mobile with competitor MetroPCS just a few weeks ago. The new company formed in the merger would be listed on the stock market and could then be sold off piece by piece.

But first the US government must approve the deal. And on that front, the Deutsche Telekom CEO won't be able to count on the support of influential communications union CWA or its leader Larry Cohen. 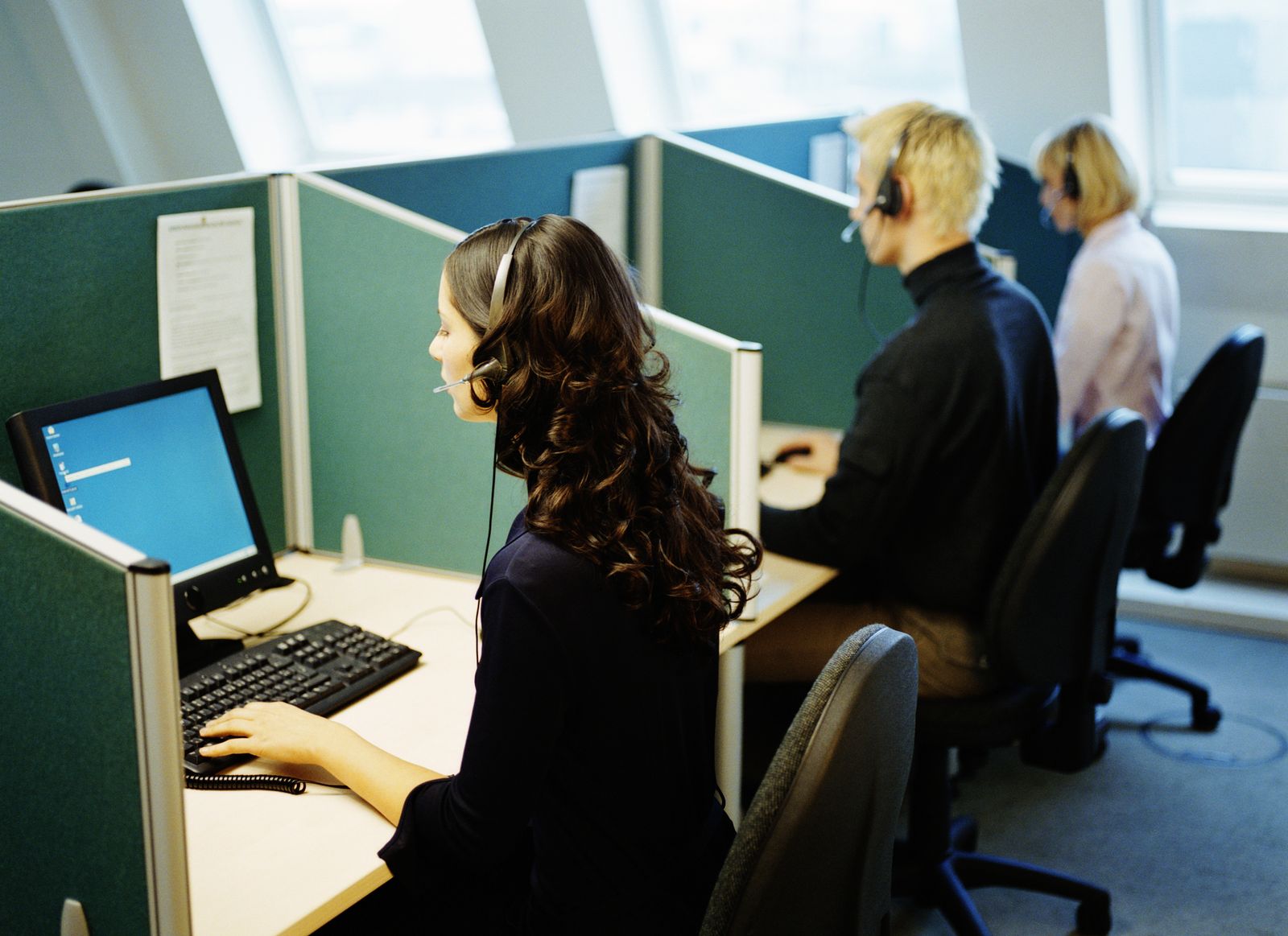 The company, which is on the verge of crisis, has apparently intensified performance requirements and working conditions for it's over 30,000 employees in the US.