Lawyers are often sharp people, but they sometimes live dangerously -- with a tendency to gloat so much that they lose track of what is actually right.

When German Finance Minister Wolfgang Schäuble, a trained lawyer, announced an agreement on Wednesday night in Brussels on the long negotiated EU banking union, observers might have been left thinking that he is precisely this type of lawyer.

On paper, Schäuble and his negotiators are right about very many points. They succeeded in ensuring that in 2016, the Single Resolution Mechanism will go into effect alongside the European Union banking supervisory authority. The provision will mean that failing banks inside the euro zone can be liquidated in the future without requiring German taxpayers to cover the costs of mountains of debt built up by Italian or Spanish institutes.

They also backed the European Commission, which wanted to become the top decision-maker when it comes to liquidating banks. The Commission will now be allowed to make formal decisions, but only in close coordination with national ministers from the member states.

But it goes even farther. Negotiators from Berlin have also created an intergovernmental treaty, to be negotiated by the start of 2014, that they believe will protect Germany from any challenges at its Constitutional Court that might arise out of the banking union.

They also established a very strict "liability cascade" that will require bank shareholders, bond holders and depositors with assets of over €100,000 ($137,000) to cover the costs of a bank's liquidation before any other aid kicks in. The banks are also required to pay around €55 billion into an emergency fund over the next 10 years. Until that fund has been filled, in addition to national safeguards, the permanent euro bailout fund, the European Stability Mechanism, will also be available for aid. However, any funds would have to be borrowed by a national government on behalf of banks, and that country would also be liable for the loan. This provision is expected to be in place at least until 2026.

The government in Berlin put a strong emphasis on preventing the ESM, with its billions in funding, from being used to recapitalize debt-ridden European banks. Schäuble was alone with this position during negotiations, completely isolating himself from the other 16 finance ministers from euro-zone countries. Brussels insiders report that it was "extremely unusual because normally at least a few countries share Germany's position."

A Victory for Whom?

To have succeeded in pushing all this through is a huge victory for the finance minister, particularly given that he was able to do so while he was at the same time defending his own job during coalition talks to form Chancellor Angela Merkel's new government in Berlin.

But is this really the right kind of agreement for Germany and Europe? Schäuble himself said that the compromise would mean a union made of wood rather than steel because it would not be accompanied by any treaty change. But did he spend any time thinking about how brittle several aspects of the deal are?

For one thing, it's complicated. If a bank falls into real trouble, a committee comprised of national banking supervisors and EU representatives will decide on its liquidation. The European Commission has the power to veto the decision. If that happens, then the national finance ministers have the last word. Sound complicated? It is. The Financial Times estimates, "In total, the process could involve nine committees and up to 143 votes cast." That's a lot to manage over the weekend's time that might be all that's available to decide on winding down a bank.

For another, it's underfinanced. By 2026, the new banking resolution fund is expected to be filled with a total of €55 billion. But during a deep financial crisis, this sum would get used up quickly. The rescue of a single Irish bank several years back required half that amount. An arrangement that lacks sufficient financing may not be credible on the markets, European Central Bank Vice President Vitor Constancio warned on Wednesday.

It doesn't go as far as its name implies, either. Much of the banking union will remain national. In addition to legacy problems at banks that still exist today, bailing out any new burdens will also largely remain the responsibility of national governments. Indeed, the banking union will initially remain a domestic affair, rendering the use of the word "union" a bit ironic at first.

Of course there's room for improvements -- in coordinating the resolution of banks and in financing, for example. If these improvements aren't made, though, the firewalls being built to protect Europe's financial system that Berlin is so proud of may not be strong enough. Who is going to step in to cover the costs if Europe is threatened in five years with another major banking crisis that extends beyond the means of national governments? It will take longer than five years to establish true joint European liability. The EU must arm itself for the "day after tomorrow," the Economist writes.

If it doesn't succeed in doing so, Schäuble's triumph could prove to be a costly one, because what could be yet more expensive than a crisis without a banking union? The answer is simple: A crisis preceded by a poorly constructed banking union that promised illusory security. 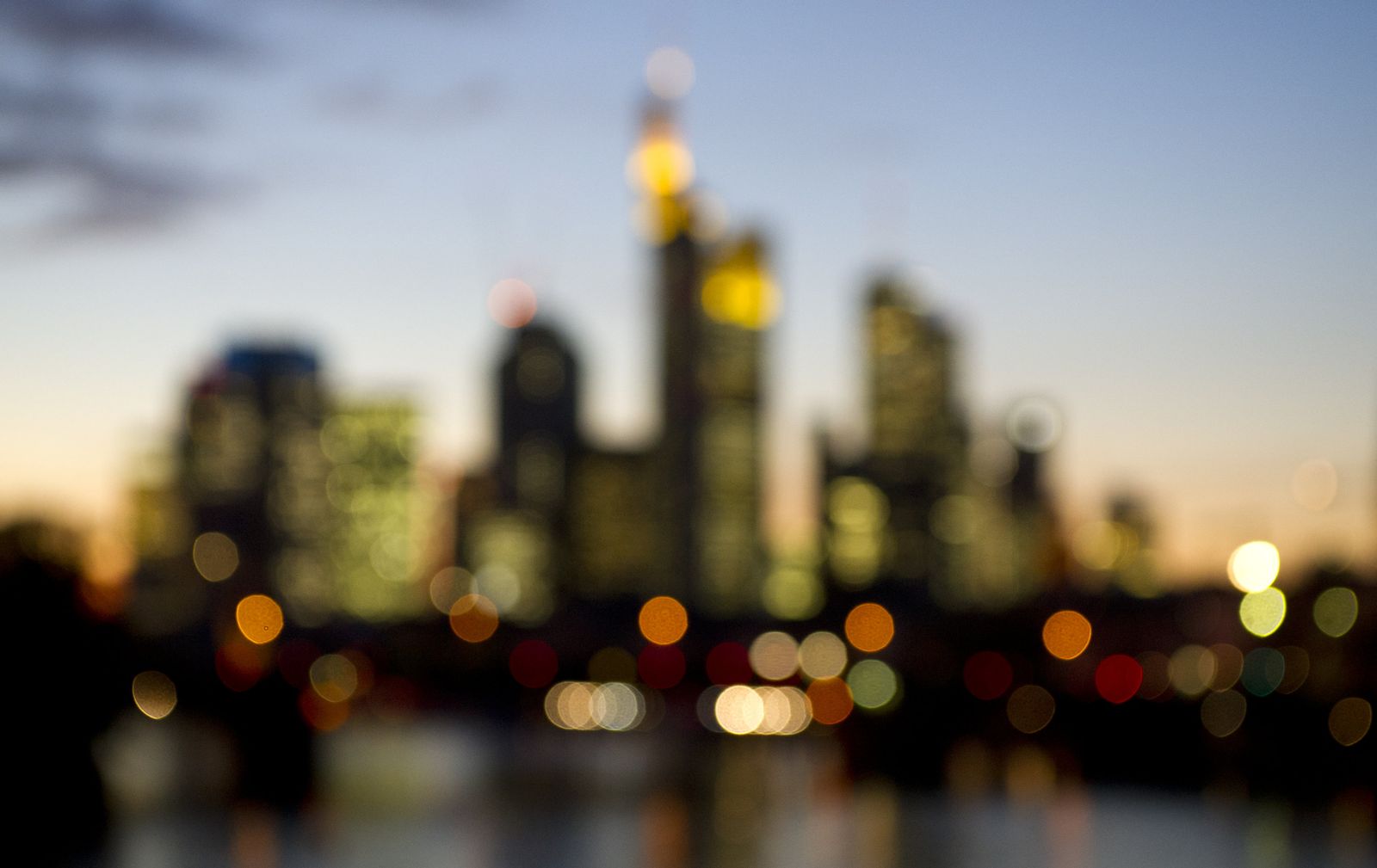 The Frankfurt skyline: Many have accused the German government of watering down the euro zone's new banking union.