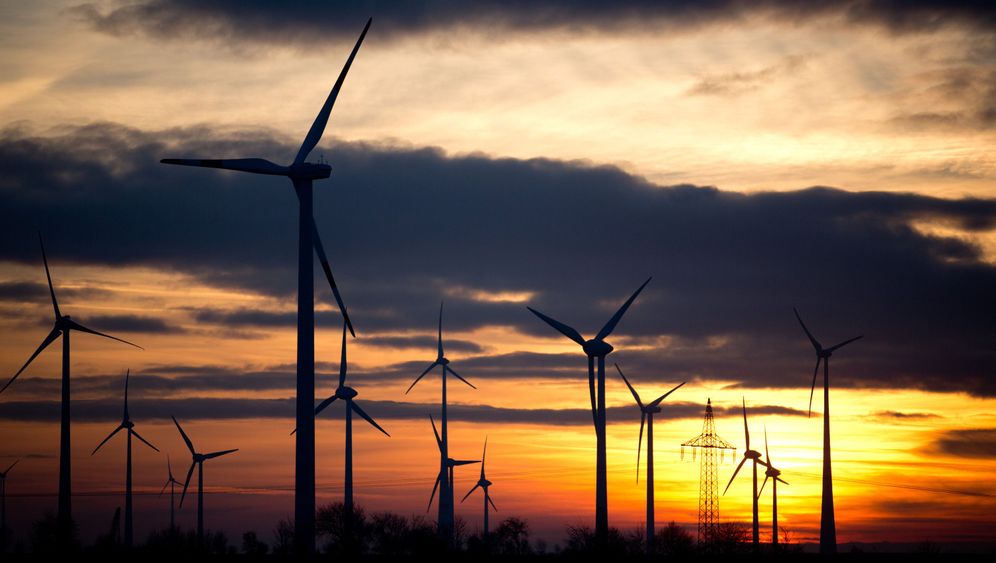 Photo Gallery: The Trouble with Wind

Three broadcasting vans. Ten camera teams. Some 50 journalists. There certainly wasn't any lack of attention being paid to Carsten Rodbertus last Thursday as he stepped up to the podium in an assembly hall in northern Germany belonging to the renewable energy firm Prokon. And the company founder, with his gray ponytail, didn't disappoint. The press conference quickly became a spectacle.

Several hundred employees welcomed Rodbertus with applause and shouts of "bravo" -- and that despite the fact that he had brought an insolvency trustee along with him. Still, Robertus insisted that the company was essentially healthy. Recently, he noted, workers had labored "12 days in a row for 12 hours a day" in an attempt to ward off bankruptcy.

The fact that they weren't successful is, according to Rodbertus, the fault of the company's investors, who backed the firm to the tune of €1.4 billion ($1.9 billion). Currently, many of them are demanding the returns that they were once promised: at least 6 percent interest per year or a refund of their principle if they wished to back out. Last week, the mounting claims led Prokon to declare bankruptcy -- 75,000 stakeholders could be left out in the cold.

Thus far, it is the highest profile failure of a business model that both politicians and investors praised for being doubly beneficial. Not only would investors boost their own accounts, but they would also help the environment at the same time. And because the state guaranteed high feed-in rates for 20 years, the promises made by financial advisors -- secure returns with a good conscience -- seemed plausible.

Indications are mounting, however, that green capitalism will not be able to meet all expectations. In courts around the country, complaints are mounting from wind park investors who haven't received a dividend disbursement in years or whose parks went belly up. Consumer protection activists are complaining that many projects are poorly structured and lack transparency. In the renewables sector, fear is spreading that the Prokon bankruptcy -- combined with plans for a reduction in the guaranteed feed-in tariff recently released by new German Economy Minister Sigmar Gabriel -- could scare away investors.

Much of the concern is focused on the large number of projects that are financed by the investment model known as closed-end funds. As a rule, they run for a 20-year period and are open to a limited number of investors. They promise annual dividend payments.

But newly released numbers, collected and analyzed over a several-year period, show what disappointed investors have long surmised: Around half of these commercial wind park enterprises are doing so poorly that investors can count themselves lucky if they even get their initial investment back after the 20 year duration.

The study, based on 1,150 annual reports, comes from Werner Daldorf, head of the Investment Committee at the German Wind Energy Association. Daldorf is actually a tax advisor, and he looks and acts the part. He is reserved and meticulous, wears rimless glasses and keeps his brown hair in a side part. The 63-year-old has worked as an advisor to wind energy projects since 1990 and has been a member of the Investment Committee since 2002.

Over time, Daldorf has collected a vast amount of material, filling shelves and shelves of binders. Taken together, it allows for an unprecedented look at the business affairs of over 170 commercial wind parks over the course of more than 10 years.

The result is sobering. On average, investors have received an annual return of just 2.5 percent. "Over the course of 10 years, that means a return of 25 percent, while according to the prospectus they were to have already seen returns of between 60 and 80 percent," Daldorf says.

Even if returns were to increase dramatically in the coming years -- a possible result, for example, of funds paying down their debts -- only wind parks in the best locations are likely to prove profitable. The picture becomes even worse once one digs into the details. A fifth of all wind parks for which more than 10 years of annual reports are available haven't once paid their investors a dividend exceeding 2 percent of their investments.

Daldorf's findings are surprising given the substantial subsidies the state has provided to renewable energies over the years. The guaranteed feed-in tariff for a kilowatt hour of electricity generated by a renewable energy technology currently averages 17 cents. That is several times the market price. Indeed, generous state support is one reason that green investment vendors continue to advertise using slogans such as "You Too Can Profit from the Energiewende," as Germany's switch from nuclear power to renewables is called.

Volker Hippe also thought that he was making a safe and beneficial investment. Thirteen years ago, his wife died -- he was in his mid-40s at the time. He received some €35,000 from her life insurance and decided to invest the money for his children. The youngest of his three daughters was six at the time.

Hippe invested the money in a wind park in the state of Saxony-Anhalt. The fund promised annual returns of 5 to 6 percent initially and more than 20 percent beginning in 2012. But it wasn't long before the payments ceased.

Investors who end up with such lemons in their portfolios are often told that they should have been more careful. But Hippe made the same mistake that many have made: He trusted a bank. And it wasn't just any bank; it was UmweltBank (Environment Bank), which specializes in green investments. In an informational brochure from the year 2001, the institution hailed investments "in a solidly calculated wind park" as an "ideal pension supplement."

With many wind park projects, however, the only solid calculations were the fees and commissions scooped up by participating companies. In many ventures financed via closed-end funds, such expenditures amounted to 15 percent or even 20 percent of the invested principal. Because of the complexity of the financing model, up to a half-dozen firms are involved to take care of such tasks as "project management," "equity raising" or, simply, "marketing."

Given such a starting point, it is difficult to earn high profits. And it doesn't provide for much of a contingency reserve. In addition to the capital collected from investors, large amounts are often borrowed from banks, with the loans sometimes representing 70 percent or even more of the fund's volume. Consumer protection activists say that such a share of bank money is up to twice as large as it should be to limit investor risk.

There are, after all, plenty of hazards associated with the business even without the financing acrobatics. The technology involved is still young and quickly showed its shortcomings in the early aughts when wind parks began sprouting up around the country. Gear boxes, switches and generators failed not infrequently, resulting in the need for complicated and expensive repairs. More than anything, however, Mother Nature wasn't always cooperative. Forecasts as to how much electricity a given facility would generate were often illusory. It was frequently the case that surveyors used insufficient methodology and refrained from carrying out expensive, longitudinal studies.

The ramifications are not insignificant. Even forecasts that are just slightly erroneous can create radically inaccurate expectations for the amount of power that will be generated. Should the average wind speed at a given site be just 10 percent lower than the forecasted value, for example, the amount of power generated will be 30 percent less.

Despite such risks, it was a long time before the claims made by wind park operators were even adequately checked. When Germany's Federal Financial Supervisory Authority BaFin reviewed fund sales brochures, it focused exclusively on formalities.

A new law passed last summer, meant to address the problems with closed-end funds among other issues, is supposed to improve things. But due to the huge number of exceptions written into the law, it remains unclear which funds it will actually apply to. Furthermore, the sector has moved on to new financing models that are no less lucrative for wind-park operators and no less risky for investors.

The Darmstadt-based wind energy firm Breeze Two Energy, for example, placed company shares on the market worth €470 million, promising returns of between 5.3 and 6.1 percent. In its portfolio, Breeze Two could point to 35 wind parks with an output of 310 megawatts, as much as that of a small coal-fired power plant.

But the company made significant losses between 2008 and 2011. By the end of 2011, the company's balance sheet was "overextended" to the tune of €205.5 million, according to the annual report. The country was able to avoid bankruptcy only because Germany's laws had changed in 2008. Since then, a "positive continuation prognosis" is enough to stay in business.

In the renewables industry, such a prognosis is easy to make: You just have to claim that the wind will blow stronger during the next year. As such, the survival of Breeze Two, according to management at the time, was "probable." Many investors suffered losses nonetheless.

Prokon investors are facing a similar situation. Company head Rodbertus announced last Thursday that he intends to sell some wind parks in an effort to restore liquidity. But even if he is successful, it is unclear how and when investors might see their money again. "There are reasons to believe," the insolvency trustee said last week, "that so-called junior claims will not have to be respected in the bankruptcy proceedings."

Under certain legal conditions, that could mean that Prokon -- as long as it is able service some of its debts, yet remains short of cash -- will neither have to pay interest to many of its investors nor will it have to return their principal. And it will remain that way for the foreseeable future. 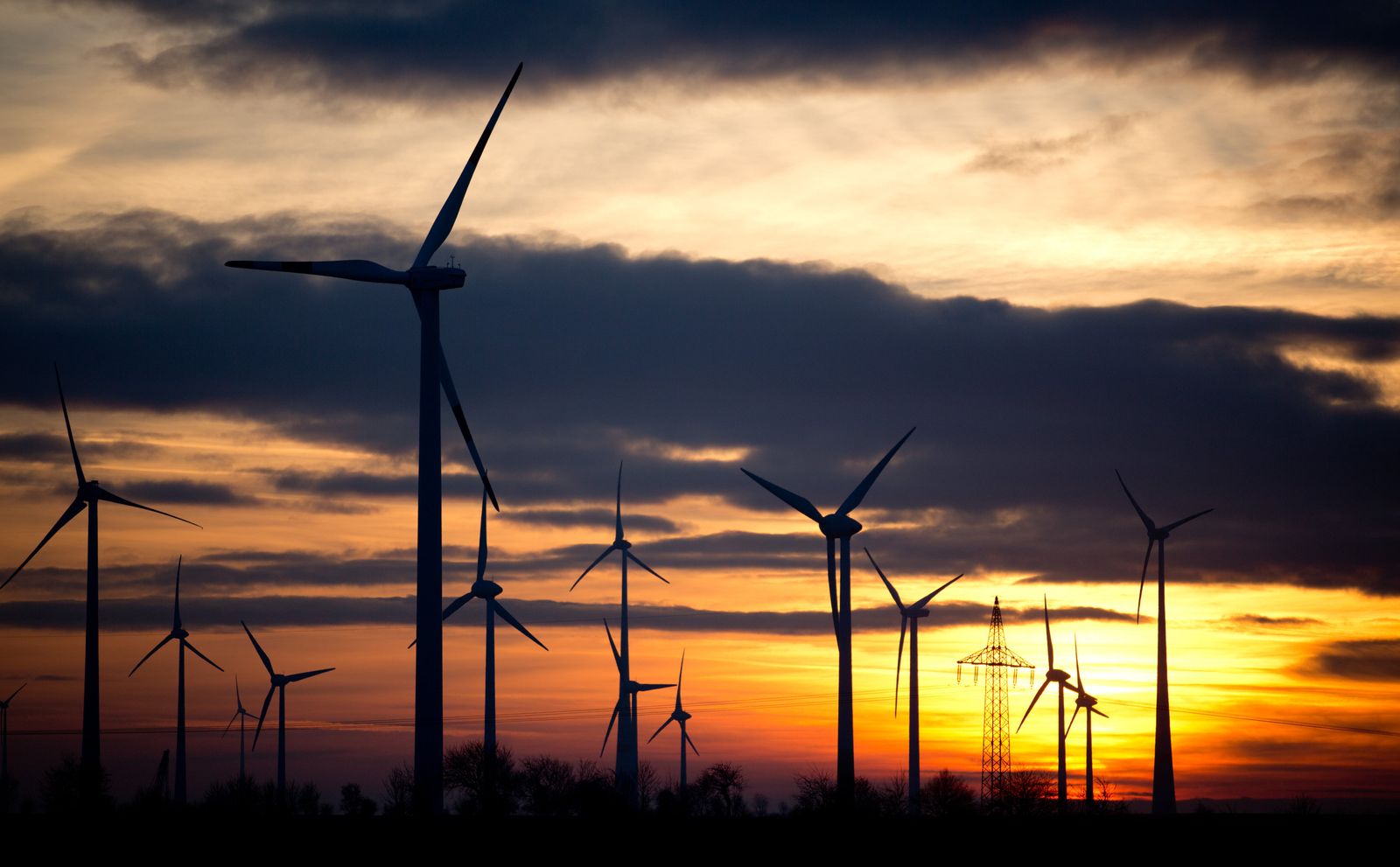 When the renewables boom in Germany got underway 10 years ago, investors were promised huge returns of up to 20 percent. It hasn't turned out that way. 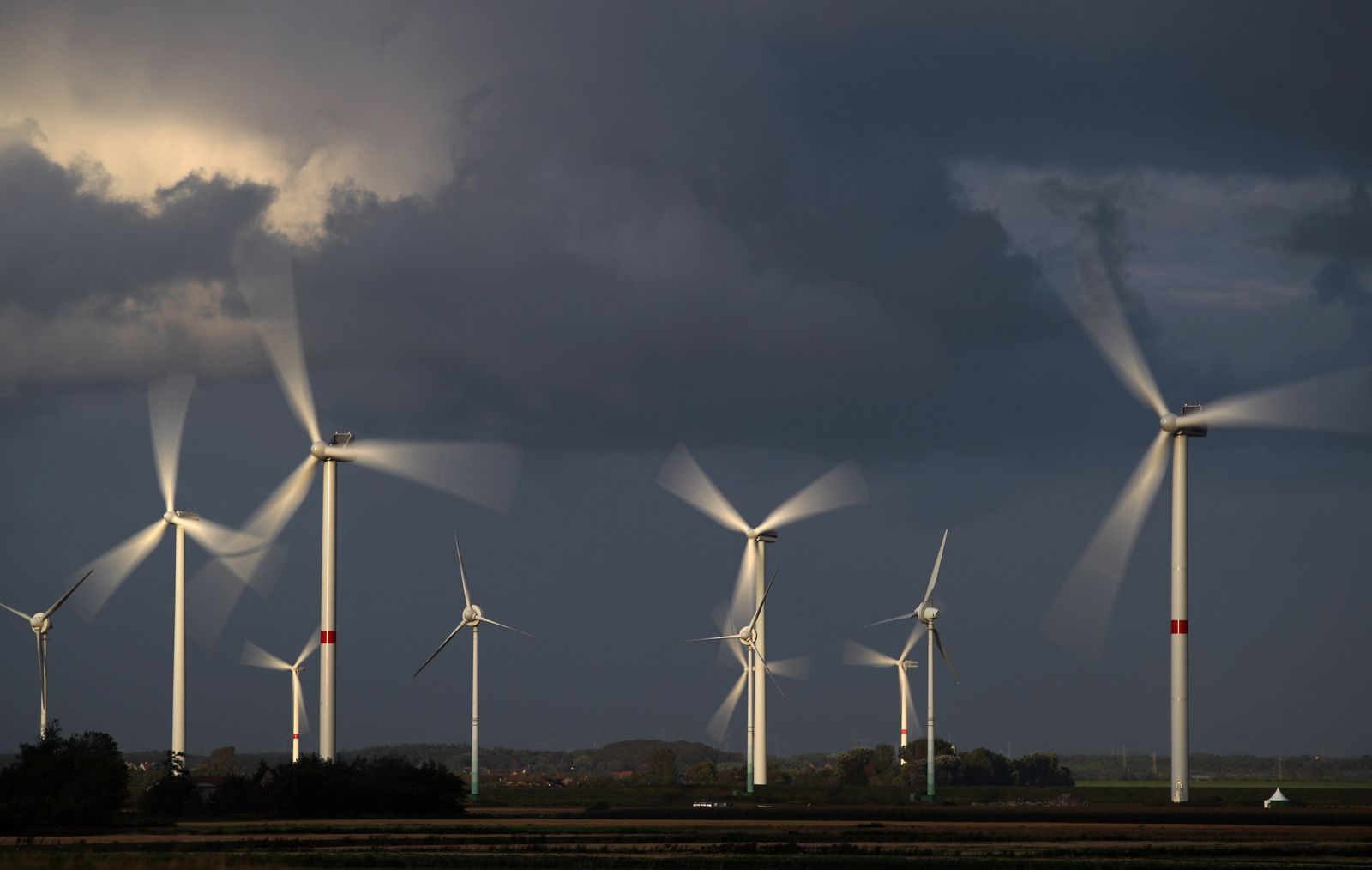 Wind parks can still be profitable, but as a rule it is only the ones that are located in the best sites that have managed to make it worthwhile for investors.