The economist Carmen Reinhart, originally from Havana, Cuba, has served as vice president of the World Bank in Washington since June. The 65-year-old dedicated her academic career to the study of economic crises and sovereign debt. In 2009, she published the best-selling book "This Time Is Different: Eight Centuries of Financial Folly” together with Kenneth Rogoff. The book describes how investors, central bankers and politicians often overlook the warning signs of a severe recession because they believe they can’t be compared to earlier ones.

DER SPIEGEL: Ms. Reinhart, in March 2020, you warned: This time is truly different. Why were you so sure so early on?

Reinhart: Because this crash did not start with the financial excesses that normally predate financial crises. It did not start over housing bubbles or households and firms becoming overleveraged. Some of those problems were in the background, but the crisis wasn’t triggered by them. Historical comparisons of pandemics are not terribly useful either. The first thing I did when the COVID-19 pandemic hit was to look at the 1918 influenza. Real gross domestic product (GDP) in the United States went up like 9 percent, and we were in the midst of World War I. What kind of useful comparison does that serve?

DER SPIEGEL: If this crisis is so different, what does that mean for the speed of recovery?

Reinhart: The longer the lockdowns, the uncertainties, the more damage done to the balance sheets of governments, households and firms. That is where this crisis begins to compare to historical ones. The issue of financial fragility and bankruptcies becomes much more compelling. People who lose their jobs and do not quickly regain employment will have difficulty servicing their debts. Many businesses are in sectors like entertainment, restaurants and retail that are not going to recover.

Reinhart: Historically, in the last 160 years, the average time it took to really recover - meaning you get back to the pre-crisis level of income per capita – is eight years. Some countries will recover quicker, and some will take longer. After the financial crisis of 2008/2009, Germany recovered the quickest. German banks were exposed to subprime papers, but Germany didn’t have the kind of housing bubble and overleveraged households we saw in the U.S., the United Kingdom, Spain and Ireland. This time, too, the poorest countries are going to have the longest road back.

"The most recent World Bank report on poverty and shared prosperity shows the first spike in global poverty in over 20 years."

DER SPIEGEL: In Germany and in the eurozone, the early indicators are pointing to a V-shaped recovery: The downturn has been followed by a sharp upswing.

Reinhart: It may look like a V-shape, but that’s rebound, not recovery. After a major collapse in the first half of the year, industrial production, GDP, some of the employment numbers and retail sales are going to look V-shaped. However, when you start comparing on a per-capita income basis, full recovery takes much longer. And that is the crucial point: In Greece, per capita income today is still below what it was 13 years ago.

DER SPIEGEL: Many countries have countered the crisis with an enormous amount of debt. Will they run out of firepower?

Reinhart: Advanced economies have a lot more firepower than emerging economies, because they are able to borrow more cheaply, and certainly compared to many low-income countries that have no access to private capital markets. For those governments that (in contrast to Germany) entered the crisis with vulnerable finances, the risk of debt defaults increased importantly. Also within countries, this crisis is very regressive, and it is hitting the weakest the hardest. The most recent World Bank report on poverty and shared prosperity shows the first spike in global poverty in over 20 years.

DER SPIEGEL: What countries could default?

Reinhart: About half of the 73 low-income countries are either already in debt distress or quickly approaching it. The most recent entry of what is likely to be a default is Zambia. We already had Lebanon, Argentina and Ecuador, as well as lingering problems in Venezuela and Suriname.

"The quicker you can clean the balance sheet for banks, the quicker the banks can start moving toward new lending."

DER SPIEGEL: So far, this hasn’t caused a financial crisis in advanced economies.

Reinhart: In the "low for long era” (of low interest rates), we have a search for yield that drove investors in advanced economies to lend more to emerging markets. It would be misleading to think that there are no repercussions for the advanced economies. There are many countries in the frontier market space that have borrowed from private investors and issued bonds. Five years ago, they were deemed as very successful, now they are indeed vulnerable. It is no secret that of the BRICS-states, only the C is left, China. Brazil has had mounting vulnerabilities and difficulties in containing the COVID pandemic. India’s fiscal space is shrinking. You have South Africa and Turkey, major emerging markets, that are much more vulnerable than they were only a year ago.

DER SPIEGEL: How big is the risk of a global financial crisis?

Reinhart: People think that financial crises are always the most extreme drama, the Lehman (Brothers) moments. I'm not talking about them. I'm talking about a period of high non-performing loans that require more recapitalization from governments that also make institutions very leery about new lending, so that we'll have a credit crunch. That environment can occur without drama and can last a long time. Europe is a testimony to that: Post 2008/2009, European banks were very hesitant (in the granting of loans).

DER SPIEGEL: Are there indications this is happening again?

Reinhart: Right now, we’re in a state of suspension. So many countries have either directly by government decree or through the initiative of the banks given grace periods to firms and households. But that will eventually be over, and that is a source of concern when I look at the next year. Credit is an engine of growth. If banks tighten their lending standards, and households and firms are in demand for credit, this is a headwind for recovery.

DER SPIEGEL: What should be done?

Reinhart: The key lesson in terms of policy for countries is: The earlier you tackle the restructuring of private debt, the earlier you start the recognition of non-performing loans, the need for write-offs, the quicker you can clean the balance sheet for banks, and the quicker the banks can start moving toward new lending.

DER SPIEGEL: You have called for a debt moratorium for the world’s poorest countries. Why should lending nations, which are under financial pressure themselves, agree to that?

Reinhart: What we have at the moment are temporary moratoria through the Debt Service Suspension Initiative (DSSI) for low income countries, which the G-20 launched in May and just extended for six months. We expected that the private sector would follow this effort, but that didn’t happen. To say that this has been disappointing is an understatement.

DER SPIEGEL: But what about lasting measures like write-offs?

Reinhart: Most creditors want to be paid 100 cents per lent euro. That has always been the case. The path to debt restructuring historically has always been a long and painful one. We’ve generally gotten there through a process of elimination of all other alternatives that didn’t work. Avoiding such a scenario would spare the lowest income countries a lot of misery. Along that path, social and human conditions deteriorate markedly.

"When you’re fighting a war, you first have to win it."

DER SPIEGEL: In Germany, the prevailing view is that debt is bad, and that not paying it back is sacrilege.

Reinhart: We hope for the sake of the poorest countries that creditors, irrespective of their philosophy, become much more practical in recognizing that some of those debts cannot be repaid at full value. This is not about these countries going out on a spending spree. There is an urgency here for the poorest countries in a health emergency with great social needs, and revenues have collapsed.

DER SPIEGEL: Nevertheless, you argue that more debt is the right treatment for this crisis.

Reinhart: I never said that. I don’t have a benign view of debt. What I said is: We’re fighting a war. And when you’re fighting a war, you first have to win it and then worry about how you’re going to pay back the debt. Unfortunately, this is not a moment with a whole list of wonderful alternatives. There are no silver bullets.

DER SPIEGEL: Many developing countries borrowed from China. The volume of this "hidden debt” is often unknown. Will Beijing use the loans as leverage to enforce political goals?

Reinhart: Let me not speculate about China’s motivation. But let me be very clear about the risk of such a lack of transparency: How can the International Monetary Fund (IMF), the World Bank or governments do meaningful debt sustainability exercises if you don’t know how high their debt is? It can also lead to a mispricing of risk. What if investors find out that there is a lot more debt than what their numbers showed? What happens when they find out that China's loans have priority because they had to put up collateral? A lot of China’s lending is collateralized. Ultimately, it’s a question for the public at large in these countries. They have to know how their resources are being used. 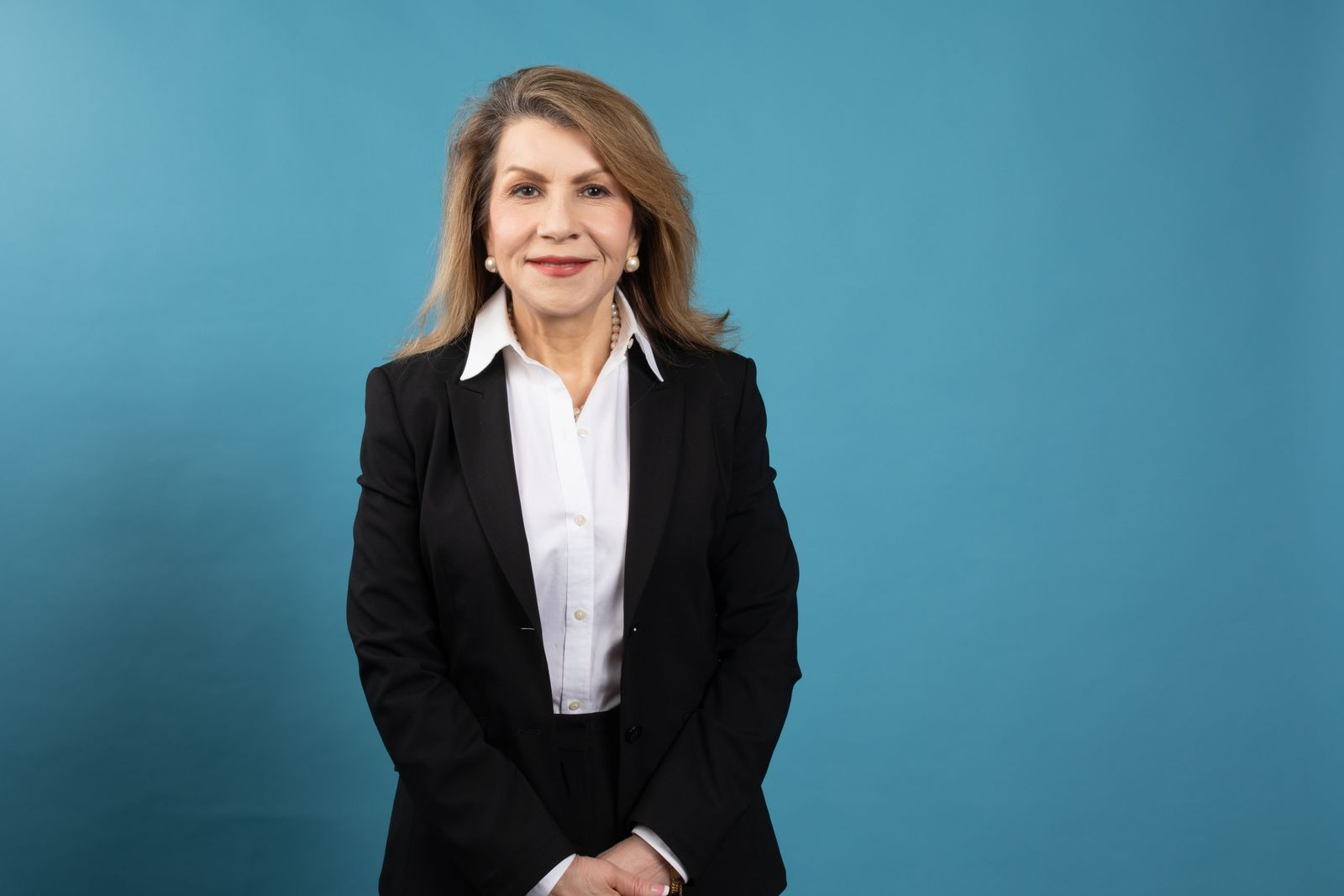 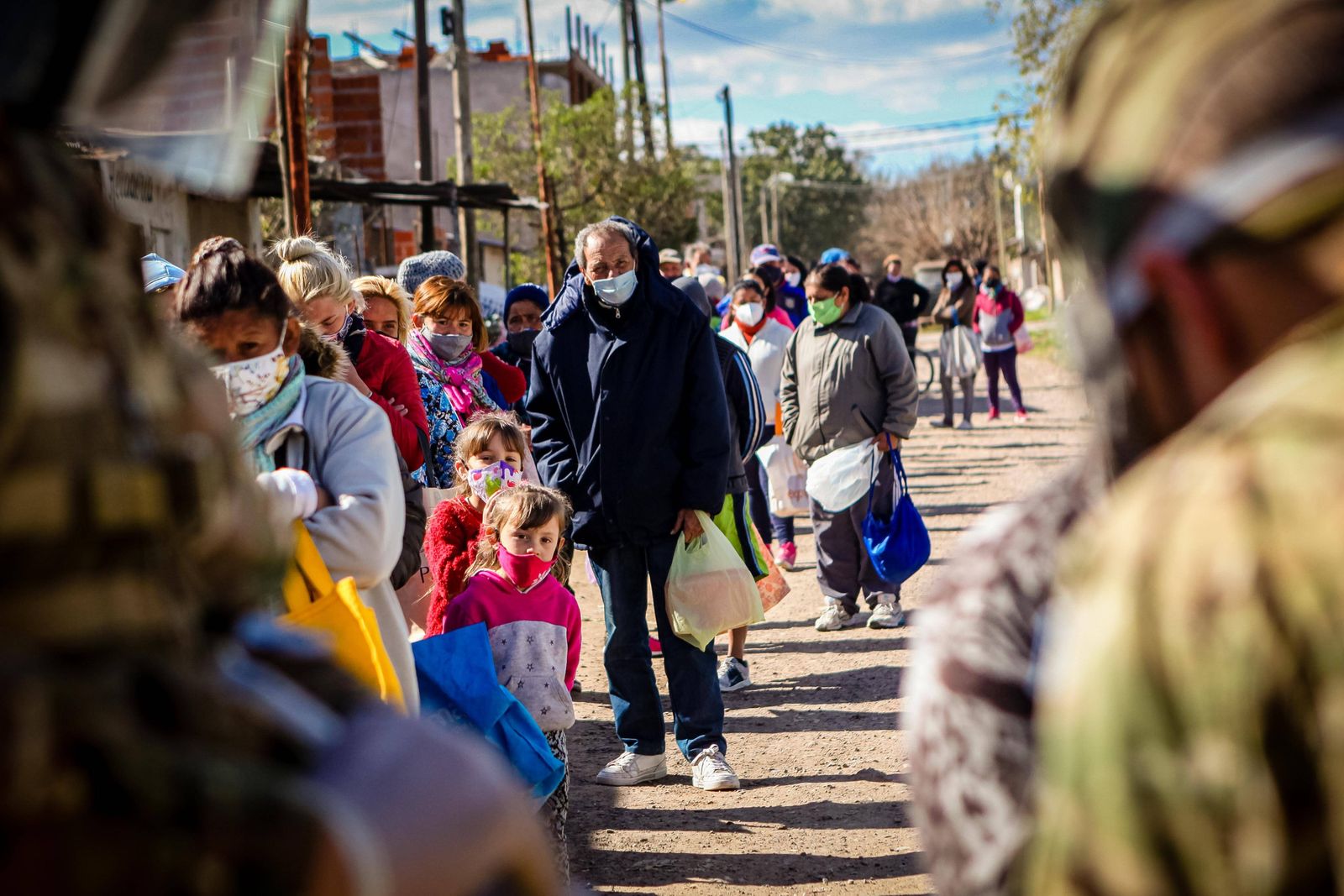 Poverty in Buenos Aires: "This crisis is very regressive."