Italy's respected daily Corriere della Sera announced on Tuesday it would become the fourth partner in the European journalism network launched by NRC Handelsblad in the Netherlands, SPIEGEL ONLINE in Germany and Politiken in Denmark.

Under the agreement, Corriere della Sera, SPIEGEL ONLINE, NRC Handelsblad and Politiken will work together to establish a continent-wide network to provide English-speaking Web users everywhere with access to journalism from some of Europe's most-respected sources.

The Milan-based daily, with an average of 1.6 million online readers every day, has been publishing news in English on Italian current affairs and culture online since 2004. Through its new partnership with publications with strong reputations for quality journalism elsewhere in Europe, Corriere della Sera will contribute news and perspectives on Italy and Europe from its English-language " Italian Life" section.

"SPIEGEL ONLINE is pleased to have Corriere della Sera, with its rich history and journalistic traditions, as part of our network," said Rüdiger Ditz, editor in chief of SPIEGEL ONLINE. "Together with Italy's most venerated daily and our other partners in Rotterdam and Copenhagen, we plan to offer independent and opinion-shaping journalism on issues facing Europe and the international community from diverse perspectives. We plan to do this in a network modelled after airline alliances -- one that promotes the members' national identities while at the same time building the platform for a truly pan-European dialogue."

"Adding a major southern European publication like Corriere della Sera to our network is very important," said Birgit Donker, editor in chief of the Dutch daily NRC Handelsblad. "Corriere della Sera is the paper of record to inform the rest of the world about political and economical issues at play in Italy. Corriere's stories should broaden the scope and perspective of coverage of European issues from our network."

Diverse Perspectives from across the Continent

"It is with great pleasure that we welcome one of Europe's great publications to our expanding network of European media of record," said Politiken Editor-in-Chief Stig Ørskov. "Corriere della Sera will add substance and authority to our coverage of one of Europe's most important regions. We look forward to developing new pan-European projects together and providing our readers with the incisive local reporting they seek," he said, adding that negotiations are under way with other leading publications in order to expand the network further in 2010.

SPIEGEL ONLINE and NRC Handelsblad first joined forces in 2008 to establish the blueprint for an English-language network of private publishers across Europe. Since then, the two companies have frequently exchanged articles and cooperated on a number of joint journalistic projects, including collaborative reporting and online chats. After the network expanded in 2009 to include Denmark's Politiken, the partners jointly covered the run-up to the European Parliament elections with interviews with opinion-makers across the Continent as part of our " 27 Views of Europe" project.

With the expansion of the network, SPIEGEL ONLINE, NRC Handelsblad, Politiken and Corriere della Sera hope to lay the foundations for a pan-European platform for dialogue that represents diverse perspectives from across the continent. 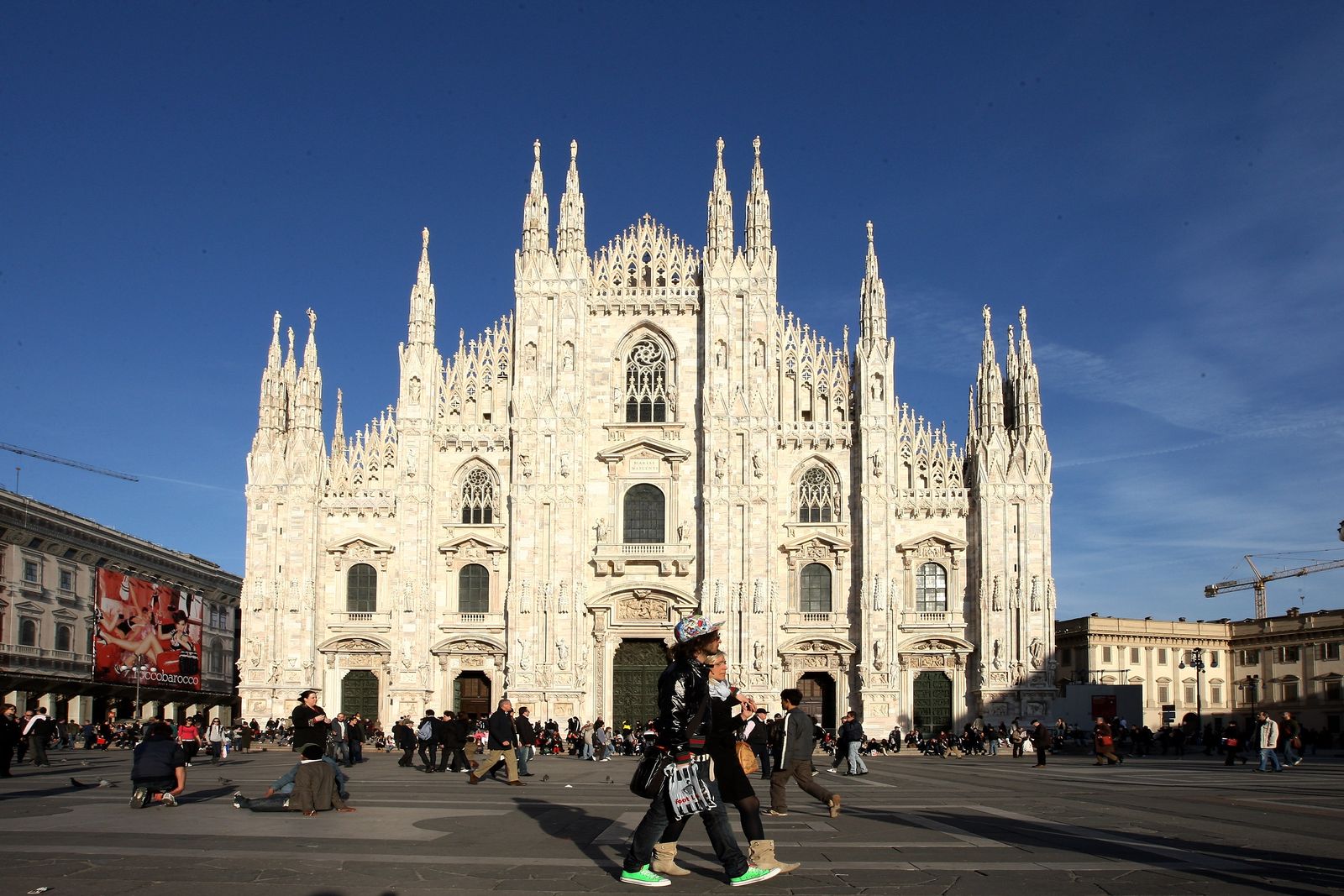 Milan's Piazza Del Duomo: The city is also home to the website of Italy's newspaper of record, Corriere della Sera.