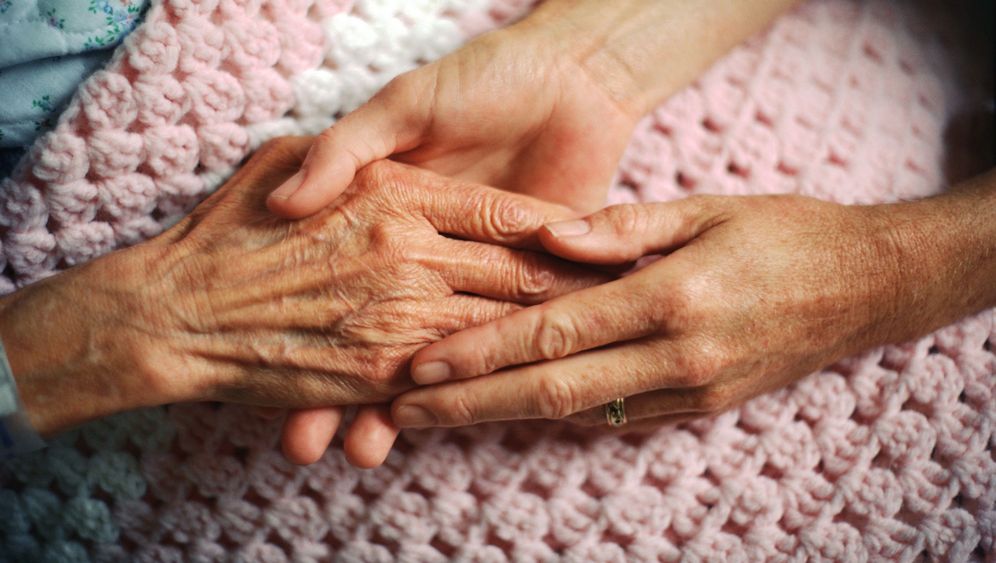 When Petra de Jong first killed a person, she didn't know what she was doing. The doctor was working as a lung specialist at a Dutch hospital, and her patient was suffering from cancer. It was a hopeless case, she says.

The man asked her to help him die. De Jong injected him with a drug that was supposed to be fast-acting -- but it took nine hours for him to die because the dosage was too low. He wasn't in any pain, de Jong says, but his wife remained at his bedside throughout the ordeal and was afraid that her husband could lie like that for the next 20 years. At the time, euthanasia was still illegal in the Netherlands, so the doctor wasn't allowed to tell anyone what she'd done. Today, 20 years later, de Jong plays an influential role in the world of physician-assisted suicide.

When the Netherlands legalized euthanasia 10 years ago, it was also a victory for Right to Die-NL (NVVE), the organization that de Jong now directs. It calls itself the world's largest association advocating voluntary euthanasia, and its members promote the right to a self-determined death. What's more, they have just come one step closer to assuring that this option is available to everyone.

In early March, the NVVE opened the world's first euthanasia clinic. It's called the Levenseindekliniek, the "end of life clinic." It serves as a point of contact for all Dutch people who want to die but don't have a primary care physician prepared to help them do so. The clinic has mobile euthanasia teams, each of which consists of a doctor and a nurse. When an individual qualifies for the program after passing a screening, one of the teams makes a house call to inject two drugs. One puts the patient into a deep sleep, while the other stops all breathing, leading to death.

No outsiders are allowed into the clinic in The Hague. Until now, only an office worker has sat there and received applications. Since the beginning of the month, 70 patients have contacted the clinic, and the first two cases have already been selected and forwarded to the physicians.

There are also plans to eventually have beds for euthanasia patients in the building itself, but the doctors will still mostly make visits to patients, since most Dutch would prefer to die at home.

According to the Dutch euthanasia law, people who ask their doctor for help in terminating their own life have to be terminally ill and subject to unbearable suffering with no prospect of improvement if they are to have any chance of being granted approval. If the attending physician is prepared to perform euthanasia, he or she must seek a second independent professional opinion and report the case. A special committee consisting of a legal expert, a physician and an ethicist review all cases to ensure that the regulations have been respected. Most applicants are cancer patients, but dementia and other cases of mental illness have also been given as reasons.

Dutch physicians performed euthanasia over 3,000 times in 2010. Roughly three times as many patients had requested that their lives be put to an end, but many primary care physicians turned down such appeals.

Some doctors oppose euthanasia on religious or ethical grounds, while others are afraid that something could go wrong. What's more, many medical professionals feel that they can't judge whether a patient is truly experiencing "unbearable suffering," as stipulated by the Dutch euthanasia law.

Not Just for the Terminally Ill

These are some of the reasons why de Jong has lobbied so hard to establish a euthanasia clinic. She recalls the case of a 28-year-old woman who had suffered from depression from an early age and had been in therapy for years. The woman asked her psychiatrist for help in ending her life, but he declined. She eventually pulled a plastic bag over her head and suffocated herself.

De Jong says the new clinic has also been created to fulfill the death wishes of individuals who are not terminally ill, as was the case with this woman. Of course, the doctor adds, the euthanasia clinic will evaluate each case on its own particular merits. During her career as a practicing physician, she has personally terminated the lives of 16 patients, adding that it has always been a difficult decision.

The largest professional medical organization in the Netherlands, the Royal Dutch Medical Association (KNMG), takes a critical view of the introduction of mobile euthanasia. Although the organization supports euthanasia in principle, it argues that it's absolutely essential to build a relationship of trust between doctors and patients before taking this step. The KNMG says that patients and their suicide assistants should know each other as well as possible. Its concern is that the due care criteria proscribed by law could be undermined by mobile euthanasia doctors. Nevertheless, in case of doubt, the medical association advises its members to cooperate with the new euthanasia clinic.

Not for Those Who Merely Wish to Die

The Levenseindekliniek physicians first have to review the medical files of the patients who wish to die. Then they are required to contact the patients' primary care providers to find out why they declined to perform the euthanasia procedure themselves.

Six teams are currently working at the clinic. All participating doctors have previous experience in performing active euthanasia. They will work one day a week in the clinic and the remaining days at their own medical practices. Likewise, they will be allowed to perform euthanasia at most once a month.

Plans had originally called for the clinic to serve an additional function. It was conceived as a center for all types of world-weary people -- in other words, for able-bodied individuals who are planning to kill themselves, as well. Indeed, all those seeking to end their own lives could have done it there, and the doctors would have merely ensured that the suicides didn't fail.

Each year, some 1,500 people kill themselves in the Netherlands. They jump off bridges, hang themselves, or shoot themselves. The NVVE respects their right to self-determination in ending their lives but, as de Jong argues, it should be a death with dignity, a freely chosen death for free individuals.

Nevertheless, at least for the time being, the lobbying organization has opted not to create a clinic for people with suicidal tendencies. Assisted suicide is only legal in the Netherlands within the criteria for euthanasia -- in contrast to countries like Germany and Switzerland. In Switzerland, individuals assisting in suicides can legally provide lethal drugs to individuals who want to end their lives. That is what happened last week, for example, with the legendary German soccer player and coach Timo Konietzka. After a long battle with cancer, Konietzka killed himself with the help of the Swiss group Exit.

The NVVE intends to continue fighting for the legalization of assisted suicide in the Netherlands. Thousands of people call the association's office every year because they want to die and are looking for advice. NVVE staff members don't try to talk any of them out of killing themselves. "It's not our job," de Jong says. "It would be paternalistic."

Instead, the callers are provided with information on how to ensure that their suicide attempts succeed. Association members receive a password that allows them to access a list of death-inducing drugs on the NVVE website. However, these deadly substances are only available over-the-counter in other countries, such as neighboring Belgium.

There's a bowl of candies on the table in front of de Jong in her Amsterdam office. The sweets were distributed two years ago as part of a promotional campaign. At the time, her organization was calling for Dutch pharmacies to be allowed to sell lethal drugs to individuals with a prescription. Printed on the wrappers is the word Laatstwilpil, or "last will pill."