Intercultural specialists are constantly reminding executives that they need to adapt to foreign business practices when doing deals abroad. But certain managers at German engineering giant Siemens appear to have taken the advice of their multiculti consultants too literally -- at least when it comes to efforts to secure foreign contracts. According to media reports, several Siemens executives are suspected of bribe paying. 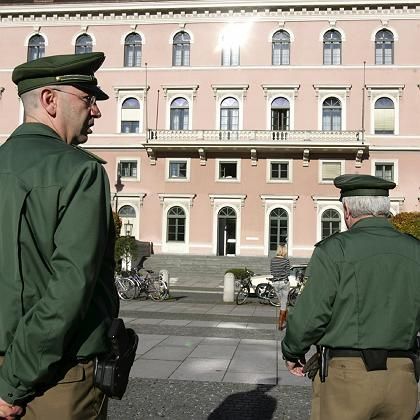 Five Siemens employees were arrested in raids across Germany as an investigation into embezzlement and corruption at the firm widens.

Police arrested five Siemens employees in raids this week at several Siemens offices throughout Germany as part of an ongoing investigation into embezzlement and possible bribery at the company, prosecutors in Munich confirmed Thursday.

The Munich prosecutor's office said in a statement that a total of ten Siemens employees, plus two acquaintances who were not Siemens workers, are being investigated. The suspects are claimed to have diverted company funds of around €20 million ($25.5 million) to front companies and bank accounts in Switzerland and Liechtenstein.

"Whether and to which degree these funds were used for paying bribes must still to be investigated," said Munich senior prosecutor Christian Schmidt-Sommerfeld. The investigation had been prompted by an anonymous tip-off and information from Swiss and Italian investigators, he said.

"Three of the suspects have already made comprehensive statements," Schmidt-Sommerfeld said, while declining to give any further details.

SPIEGEL ONLINE reported on Thursday that two top executives were among the ten Siemens employees under suspicion -- including Michael Kutschenreuter and Andy Mattes, both former board members at the Siemens COM, the company's landline communications division.

According to a report in the daily Süddeutsche Zeitung published on Friday, executives built up massive secret slush funds earmarked for paying bribes worth millions of euros to secure foreign tenders. The newspaper claims that the public prosecutor's office is investigating Siemens projects as a result, including some relating to the 2004 Summer Olympics in Athens. The newspaper reported that it is believed the men were following company instructions rather than acting on their own.

SPIEGEL ONLINE also reported that the suspects were thought to have paid bribes to potential contractors.

A Siemens spokesman refused to comment on the accusations. He emphasized, however, that prosecutors had not questioned any Siemens board members as part of the investigation. The company itself is not under suspicion, he said, adding that Siemens officials saw themselves as a possible aggrieved party and that they fully support the prosecutors' investigation.

Meanwhile, officials from the Swiss federal prosecutor's office confirmed that it had also been involved with the raids on Wednesdays, as part of its own investigation of two former Siemens employees and a third person connected to the firm. Spokeswoman Jeanette Balmer said that Swiss prosecutors have seized "tens of millions" from Swiss bank accounts.

"Based on our investigation so far, we have reason to suspect that Siemens ran 'black accounts'  that allowed it to open new markets through secret payments to potential and existing business partners," Balmer said.

The affair is just the latest in a series of corruption scandals that have recently tainted the image of German business. Earlier this week, former Volkswagen board member Peter Hartz was indicted as part of an investigation into a sex and bribery scandal at the carmaker. Hartz, who advised former German chancellor Gerhard Schröder over welfare and labor market reforms, is accused of sanctioning illegal bonuses of almost €2 million paid to the former head of the works council and his Brazilian mistress.