It is a report that is bound to please Chancellor Angela Merkel. Just months after she expended significant political capital to guide Germany's future energy production away from nuclear and toward renewable sources, a report by a leading energy industry group indicates that production of renewables in the country is rising rapidly.

According to the report, released on Monday by the German Association of Energy and Water Industries (BDEW), renewables accounted for fully 20.8 percent of production during the first six months of 2011. "Renewable energies have crossed the 20 percent mark in Germany for the first time," the association said in a statement.

The increase, the BDEW says, is unconnected to Merkel's decision to immediately close seven nuclear power plants in the wake of the March disaster at the Fukushima complex in Japan. But it does give a boost to Germany's long-term effort to phase out nuclear power completely by 2022. Chancellor Merkel has said the goal by then is to draw 35 percent of production from renewables.

Total usage in Germany remained stable from 2010 at 275.5 billion kilowatt-hours, but energy from sources like wind, biomass, hydroelectric plants, solar panels and waste incineration rose to 57.3 billion KWh in the first six months of this year.

Wind power, the most important source, rose to 20.7 billion KWh, or 7.5 of total usage. Biomass (5.6 percent), photovoltaic solar (3.5 percent), and hydroelectric power (3.3 percent) were next in line. Waste incineration and other sources covered 0.8 percent of total demand.

The real change came in the photovoltaic sector, where output almost doubled -- up more than 76 percent since 2010. "Because of the volume of new photovoltaic installations and the amount of sun during the spring, solar energy knocked hydroelectric from third place for the first time," the BDEW said in a statement.

The BDEW saw two reasons for the boost in new installations: Equipment prices have plummeted by 50 percent since 2006, reflecting more competition, and the federal government decided against a planned cut in subsidies for private solar-power generation. 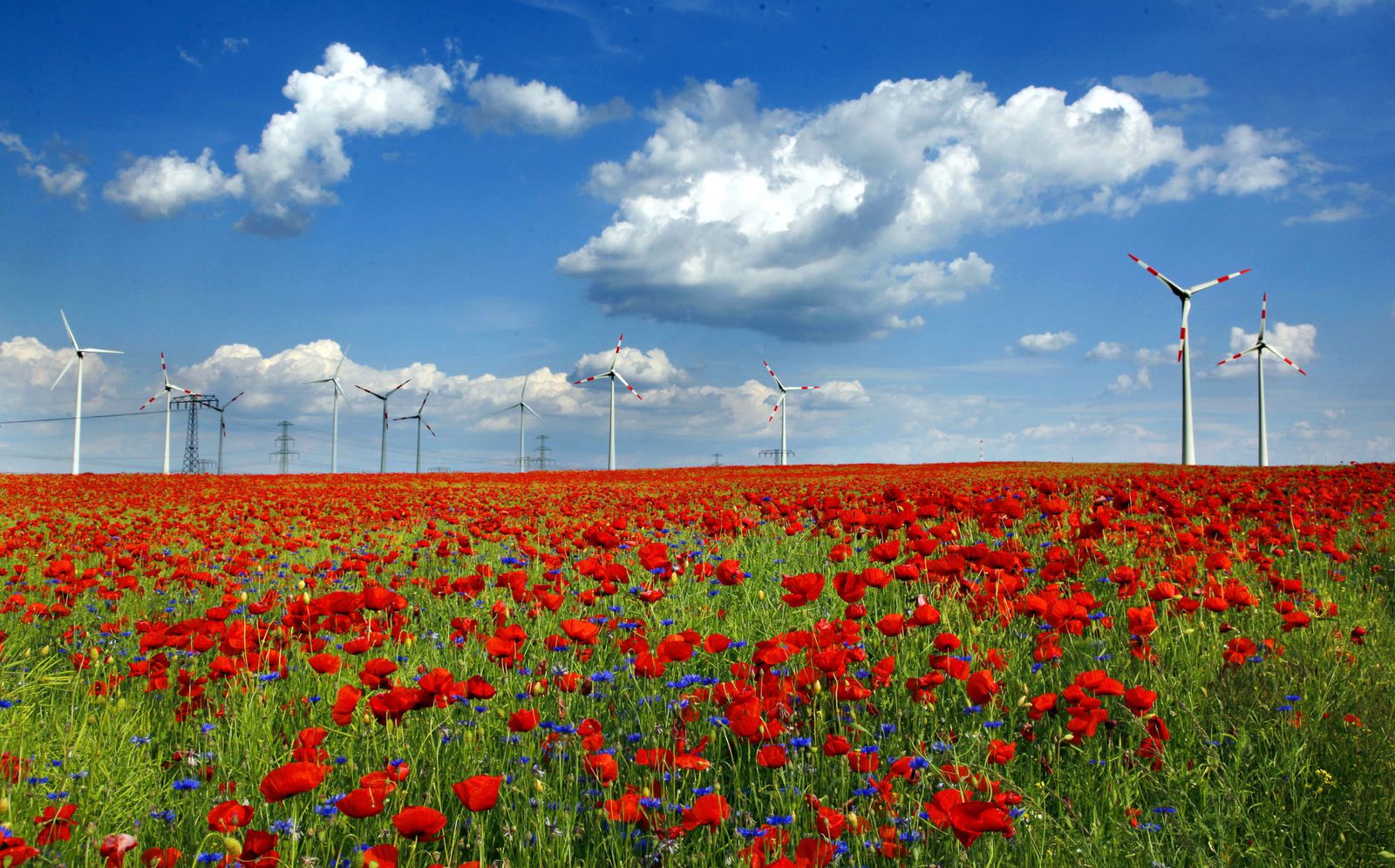 Germany is experiencing record highs when it comes to use of renewable energies.