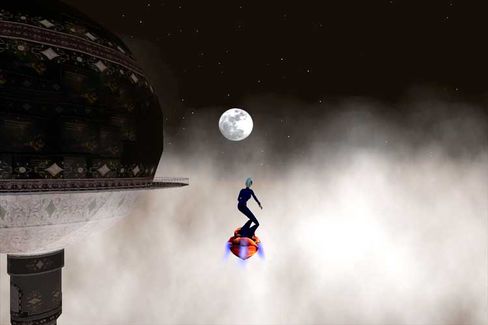 The online community Second Life is to host its first diplomatic representation. Sweden has decided to open a virtual embassy in the popular virtual world to promote the Scandinavian country to young people around the world. The government-sanctioned "embassy" will provide visitors with information about Swedish culture and history, as well as tips for tourists, including visa rules.

The Swedish Institute, which is part of the country's foreign ministry, is to operate the embassy. "We're constantly trying to reach new groups of people with information about Sweden," its director Olle Wastberg told Associated Press. "This is a very simple and cheap way to reach a large group of younger, educated people who are flooded with information."

Second Life has been a huge hit on the Internet since its launch in 2003. It has more than 3 million users, who create "avatars" -- animated versions of themselves -- who move around the alternative world interacting with others and even buying goods, homes and businesses -- not to mention sexual favors. It is reported to have an annual gross domestic product (GDP) of $64 million.

Many well-known companies, including Dell, MTV and Reuters, have rushed to set up a presence in Second Life, but Sweden is the first country to get in on the act and launch an official presence there.

The Second Life embassy building will be a replica of the new Swedish embassy in Washington, and Swedish Institute employees will be present in the virtual building to chat with visitors.

"We think this can create an added interest for Sweden," Westerberg said. "You have to think of ways to attract people."