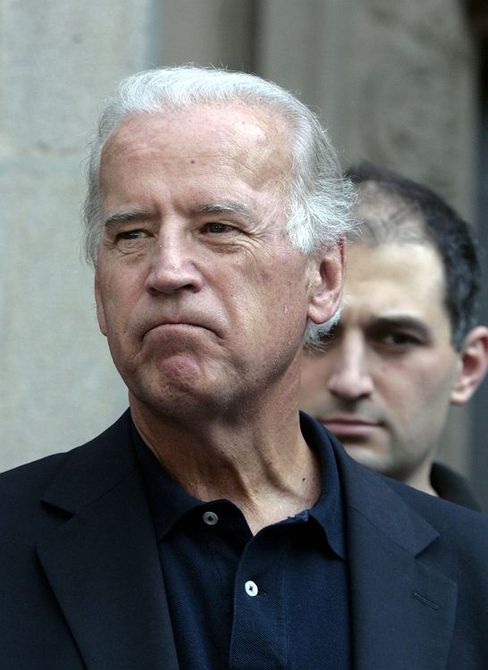 Barack Obama has decided upon a vice-presidential running mate. And while I dont know who it is as I write, for the good of the country, I hope he picked Joe Biden.

Bidens weaknesses are on the surface. He has said a number of idiotic things over the years and, in the days following his selection, those snippets would be aired again and again.

But that wont hurt all that much because voters are smart enough to forgive the genuine flaws of genuine people. And over the long haul, Biden provides what Obama needs:

Working-Class Roots. Biden is a lunch-bucket Democrat. His father was rich when he was young -- played polo, cavorted on yachts, drove luxury cars. But through a series of bad personal and business decisions, he was broke by the time Joe Jr. came along. They lived with their in-laws in Scranton, Pa., then moved to a dingy working-class area in Wilmington, Del. At one point, the elder Biden cleaned boilers during the week and sold pennants and knickknacks at a farmers market on the weekends.

His son was raised with a fierce working-class pride -- no one is better than anyone else. Once, when Joe Sr. was working for a car dealership, the owner threw a Christmas party for the staff. Just as the dancing was to begin, the owner scattered silver dollars on the floor and watched from above as the mechanics and salesmen scrambled about for them. Joe Sr. quit that job on the spot.

Even today, after serving for decades in the worlds most pompous workplace, Senator Biden retains an ostentatiously unpretentious manner. He campaigns with an army of Bidens who seem to emerge by the dozens from the old neighborhood in Scranton. He has disdain for privilege and for limousine liberals -- the mark of an honest, working-class Democrat.

Democrats in general, and Obama in particular, have trouble connecting with working-class voters, especially Catholic ones. Biden would be the bridge.

Honesty. Bidens most notorious feature is his mouth. But in his youth, he had a stutter. As a freshman in high school he was exempted from public speaking because of his disability, and was ridiculed by teachers and peers. His nickname was Dash, because of his inability to finish a sentence.

He developed an odd smile as a way to relax his facial muscles (it still shows up while hes speaking today) and hes spent his adulthood making up for any comments that may have gone unmade during his youth.

Today, Bidens conversational style is tiresome to some, but it has one outstanding feature. He is direct. No matter who you are, he tells you exactly what he thinks, before he tells it to you a second, third and fourth time.

Presidents need someone who will be relentlessly direct. Obama, who attracts worshippers, not just staff members, needs that more than most.

Loyalty. Just after Biden was elected to the senate in 1972, his wife, Neilia, and daughter Naomi were killed in a car crash. His career has also been marked by lesser crises. His first presidential run ended in a plagiarism scandal. He nearly died of a brain aneurism.

New administrations are dominated by the young and the arrogant, and benefit from the presence of those who have been through the worst and who have a tinge of perspective. Moreover, there are moments when a president has to go into the cabinet room and announce a decision that nearly everyone else on his team disagrees with. In those moments, he needs a vice president who will provide absolute support. That sort of loyalty comes easiest to people who have been down themselves, and who had to rely on others in their own moments of need.

Experience. When Obama talks about postpartisanship, he talks about a grass-roots movement that will arise and sweep away the old ways of Washington. When John McCain talks about it, he describes a meeting of wise old heads who get together to craft compromises. Obamas vision is more romantic, but McCains is more realistic.

When Biden was a young senator, he was mentored by Hubert Humphrey, Mike Mansfield and the like. He was schooled in senatorial procedure in the days when the Senate was less gridlocked. If Obama hopes to pass energy and health care legislation, hes going to need someone with that kind of legislative knowledge who can bring the battered old senators together, as in days of yore.

There are other veep choices. Tim Kaine seems like a solid man, but selecting him would be disastrous. It would underline all the anxieties voters have about youth and inexperience. Evan Bayh has impeccably centrist credentials, but the country is not in the mood for dispassionate caution.

Bidens the one. The only question is whether Obama was wise and self-aware enough to know that.