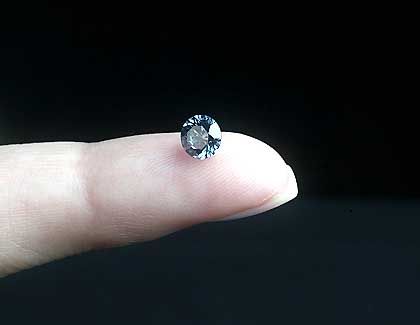 Grandma has never looked so good.

Rene Andree, a freckle-faced, third-generation Berlin undertaker with understandably creepy obsessions. His office is, after all, set among coffins. There's the black lacquered Parisian model, the Technicolor "flower power" offering and of course, assorted traditional variations in wood. At 24, Andree prides himself on being Germany's youngest funeral home operator -- and he is doing his best to make good on his title.

That includes bringing a bizarre and decidedly modern -- if a tad ghoulish -- American import to Germany: the possibility of pressing the ashes of dead loved ones into chemically pure diamonds. Grandma on your finger, so to speak. Already, dozens of Germans have flocked to Andree's shop and are now bopping about with their dearly departed around their arms, necks and fingers. In an even odder twist, hundreds of Germans have called Andree to announce that they themselves want to be turned into a diamond when their time comes.

"Making diamonds out of human ashes is only strange when you first hear about it," says Andree, chain smoking behind his large desk that teems with funeral brochures. "When you get used to it, the idea is beautiful." The diamonds, he says, pulling out a blue velvet sample box, are gorgeous and are just as valuable as the real thing. "Of course," he points out, "if it's your grandfather that is the diamond, then it is absolutely priceless."

"No two stones are alike"

Andree's memorial diamonds come in various sizes, ranging from 0.25 carats to 1.0 carat and cost between 3,000 and 7,000 -- which, the consummate salesman is quick to add, is about the going price for a traditional funeral and may even be less if you count the plot, the coffin and all the associated niceties. While clients can pick -- and pay for -- how big a diamond their loved one will become, they cannot dictate the exact color of the stone.

The hue ranges from very light to deep blue, depending on the chemical make-up of the individual ashes. So, if your beloved was a vegetarian, expect a lighter blue than that of a meat-eater, says Andree, who on principle, refuses to speculate what color diamond a client's dearly departed will become. Environmental factors, nutrition and genetics all play a role, he says, pointing to a catalogue of various colored gems. "No two stones are alike," he practically sings. Clearly, he's made this pitch before. "Just like no two people are alike." 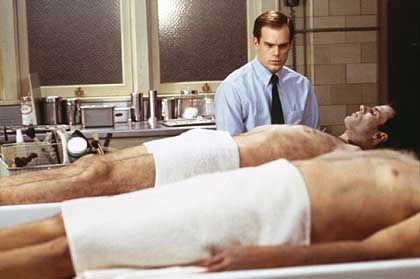 Berlin has its own version of 6-feet-Under.

Andree is nothing if not mindful of the trends of his macabre trade. As such, he points out that many forward-thinking Germans consider being buried in the ground in a large, heavy sarcophagus passé. Cremation is now in, he says. And memorial diamonds are the future.

Christa Nachtigal, a 47-year-old Berlin resident, thinks so, too. In a few weeks, she will be wearing her recently-deceased mother as a necklace. "I don't look at it as hanging a dead person on a chain," she says, matter-of-factly. "For me, this diamond is pure, just like my mother was pure." Plus, she says, by transforming her mother into a diamond, she can keep "Mutti" close. "I don't just want to carry her in my heart. She deserves more. She deserves to be carried on my heart," Nachtigal says.

So how do you transform corpses into diamonds? The technology, Andree has to concede, is not his own, but originated in Russia and was first marketed by the Americans. Today, two major memorial diamond firms -- each claiming superiority over the other -- exist, the older LifeGem in America and the year-old Swiss firm Algordanza. Both work hard to promote their specialties. LifeGem, for instance, offers to mix ashes with other minerals so that clients can decide if their loved ones would make a better blue, red or yellow-toned stone. Algordanza flatly refuses such "impure" mixing and insists its diamonds are made from 100 percent human beings. No "genetically-modified gems," so to speak.

Despite these minor differences, both use approximately the same technique to create their jewels. Basically, it works like this: First, the carbon inside human ashes is captured. Then, it is heated to temperatures so high it transforms into graphite. The graphite is then pressed into a diamond.

Andree currently partners with Algordanza so all of his clients' loved ones have to pass through Switzerland for "treatment." That's because in Germany, restrictions surrounding what can be done with human ashes make such non-traditional jewelry-making legally questionable. Instead of fighting the system, Andree simply maneuvers around it. Some of his clients even get a thrill at the exoticism of having a Swiss-made memorial gem. 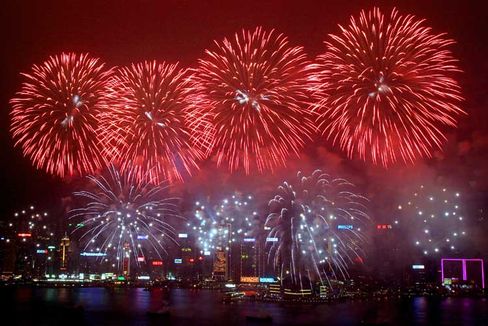 They may not quite be this spectacular, but Andree thinks his idea for memorial fireworks will hit Germany with a bang.

Andree insists that so far, all of his clients have been happy with their memorial gems. But, he admits, he has faced critiques from numerous funeral business colleagues -- including his own father. They deride the memorial jewel-making business as a money-making gimmick that belittles traditional death and mourning rituals. Andree dismisses their attacks as spurred by jealousy and fear of being outmoded. His father, he says, thinks the only "real place for dead bodies is in the ground." But, then again, "he is from a different generation."

Human jewels are far from the end of the line for Andree. Already, he says, he has started offering people the chance to have their deceased pets made into gemstones. But just dogs and cats, please. Birds, hamsters and fish "don't have enough carbon to make a jewel," he explains.

There is also his latest brainchild: memorial fireworks that contain the ashes of a beloved relative in the rocket tip. The idea is that the bereaved could bid farewell to the departed in a stunning explosion of color. The technology, however, has proven dicey. The trick is to make sure all the human ashes disintegrate in the sparkle rather than getting dusted over rooftops or onto the faces of those mourning. But even for this, Andree -- ever resourceful -- has found a solution with the help of a pryrotechnics whiz. The two are now looking to patent the invention. Possible names for the funeral fireworks include "Golden Rain" and "Final Shot."