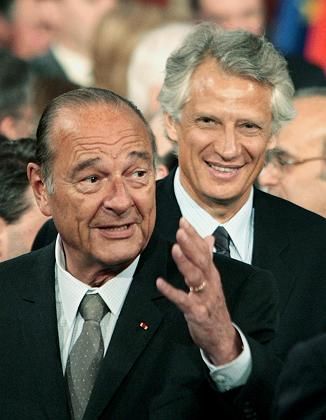 French Prime Minister Dominique de Villepin has dismissed opposition calls for his resignation over allegations that he was involved in a smear campaign against his political archrival, Interior Minister Nicolas Sarkozy.

Villepin told the radio station Europe 1 that he was "shocked" and "indignant" at the "libel campaign" targeting him and wanted the truth to be established. "Nothing justifies a departure today," Villepin told Europe 1 radio. "I am ready to respond to all questions I could be asked."

The story starts in 2004 when an anonymous source wrote to a judge claiming that Sarkozy, then finance minister, and other politicians and businessmen had accounts in a Luxembourg bank, Clearstream. The accounts, the source said, contained kickbacks from the $2.8 billion sale of French frigates to Taiwan in 1991. However, the list of the accounts, contained on a CD Rom that had been sent to the judge, was found to be manipulated and bogus.

Sarkozy has complained that the affair has been used to discredit him. A judicial inquiry has since been trying to find out the source of the letter and whether there was a smear campaign.

The plot appeared to thicken last weekend with an article in the newspaper Le Monde quoting leaked testimony by General Philippe Rondot, a retired intelligence officer, which suggested Villepin, acting on the orders of French President Jacques Chirac, had asked Rondot to find information on Sarkozy. 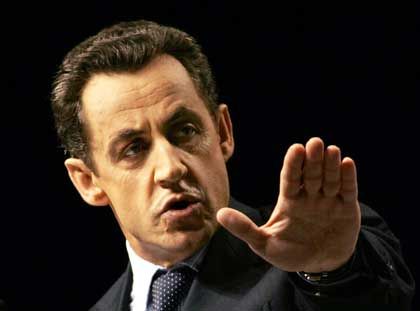 Nicolas Sarkozy believes he has been the victim of a smear campaign.

Rondot said Sarkozy's name was mentioned in a meeting with Villepin, then interior minister, in January 2004. However, Rondot denied the report on Tuesday, telling the newspaper Le Figaro: "Villepin never asked me to get interested in politicians."

Referring to the Figaro interview with Rondot on Tuesday, Villepin said: "I have never asked for an investigation of any political personality from the right or left."

Villepin and Sarkozy are battling each other for the nomination as the main conservative candidate in next year's presidential election. Although he is Chirac's favourite, Villepin's chances of success have been severely dented by the recent climbdown over labor laws and last year's rioting by youths in French cities, which fuelled criticism that the debonair aristocrat is out of touch with the people.