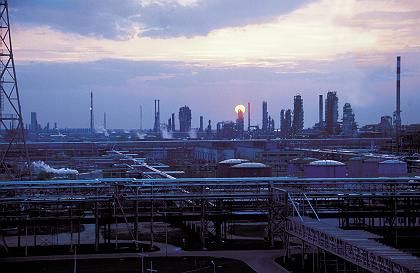 When it comes to the Druzhba pipeline, Russia showed little "friendship" on Monday.

The conflict between Moscow and Minsk over energy prices worsened on Monday, with potentially serious consequences for Western Europe. Russian pipeline operator Transneft shut down its Druzhba pipeline, which is the source of 20 percent of Germany's oil imports.

Transneft has accused Belarus of illegally tapping oil from the Druzhba pipeline, whose name translates as "friendship". Russian news agency RIA Novosti quoted Transneft chief Simon Vainshtock as saying that the company had stopped oil transports through the pipeline -- which is used to export oil to Poland and Germany -- during the night. The company said it is currently seeking alternative routes for transporting oil to Poland and Germany, but did not provide any information on when the pipeline might be reopened.

The Druzhba pipeline is an enormously important part of Germany's energy supply. Of the total of 112 million tons of oil that are consumed in Germany each year, 20 percent travel through the pipeline.

"I view the closure of the important Druzhba pipeline with concern," German Economics Minister Michael Glos said Monday. "I expect the deliveries through the pipeline to resume completely as soon as possible."

"Druzhba is very relevant for Germany," a spokesperson for the Association of the German Petroleum Industry told SPIEGEL ONLINE. Most German oil imports from Russia travel through the pipeline. The only alternative would be through tanker deliveries, the spokesperson said, but this would cover "only a small portion" of the lost oil. According to the association, there are no other pipelines available to do the job.

A spokesperson for European Union Energy Commissioner Andris Piebalgs said the European Commission in Brussels will investigate the interruption of oil supplies. "We have contacted the Russian and Belarussian authorities and demanded an urgent and detailed explanation for this interruption," spokesman Ferran Tarradellas Espuny said.

In the short term, however, physical shortages aren't expected because Germany has strategic oil reserves that can last up to 130 days and Poland has at least 70 days' worth.

Earlier on Monday, deputy Polish economy minister Piotr Naimski told Polish TV station TVN24 that the pipeline had been shut off because of the ongoing energy dispute between Minsk and Moscow. Russia dramatically increased gas prices on Jan. 1 and acquired a controlling interest in Belarussian natural gas pipeline operator Beltransgas. In addition, the Russian government imposed an export duty of $180 per ton on petroleum.

The government in Minsk responded by promptly applying a €34 per ton transit fee for Russian oil exports to Western Europe. So far, Transneft has refused to pay the tax.

Ernst Uhrlau, president of Germany's foreign intelligence service, the BND, said the pipeline outage on Monday underscored the importance of energy security for Germany. Uhrlau said it was important to gather and analyze information about conflicts between states affected in order to try to prevent repeats of the current crisis.