DER SPIEGEL: Mr. Barnier, the second chapter of Brexit talks begin on Monday. Will these negotiations on the future relationship between the EU and the British be easier or more difficult than those over the divorce treaty, meaning the exit treaty?

Barnier: General de Gaulle once said that where there is a will, there is a way. We have the will to reach an agreement. That was true during the divorce negotiations and it is still true now. The problem is that we don’t have much time. But I am optimistic that it will be enough to build solid foundations.

DER SPIEGEL: The conclusion of the talks on the withdrawal agreement had to be postponed repeatedly. In the end, the negotiations proved to be much more difficult than expected. What Brexit drama awaits us this time?

Barnier: What could make these negotiations more difficult now is the time pressure. Not because we want that, but because Boris Johnson doesn’t want to extend the transition period that is currently in force beyond the end of the year. This means that Britain will leave the internal market and the customs union at the end of the year. We need to complete a simple agreement by then, the foundations I am talking about. We can build on them in the future.

DER SPIEGEL: The negotiations could also get complicated because the strong sense of unity that Europeans have shown in recent months seems to be disintegrating. What can you do to strengthen cohesion?

Barnier: The Europeans will stay together. That’s the reality, and not some pious wish. The 27 European affairs ministers just unanimously approved my negotiating mandate. But unity does not happen by chance.  Last week, I sat in Berlin at a cabinet meeting with Ms. Merkel and the German federal ministers dealing with Brexit. I have also made similar visits to Paris and Warsaw. I listen to the concerns and sensitivities of the member states. This creates trust.

DER SPIEGEL: With all due respect, the fault lines are starting to show. The Netherlands are worried about their ports, Germany is concerned about the automobile industry and France about its fishermen's access to British territorial waters. How do you intend to forge a common EU negotiating position out of that?

Barnier: Of course there are differences. They stem from the different distances to Britain, the differing economic interdependence and the degree of ideological proximity. What unites all EU members, however, is their interest in their economies - and thus in the integrity of the single market.

DER SPIEGEL: Boris Johnson says he is striving for an agreement along the lines of the free trade agreement the EU has concluded with Canada. Most recently, the British government threatened to break off talks if there is no clarity on this by June …

Barnier: … I always say: Keep calm and negotiate! Given the red lines that the British have drawn for their future relationship with the EU, it is clear that only a free trade agreement such as the ones we have concluded with Canada, South Korea or Japan can be considered. But each agreement has its own characteristics depending on the contractual parties. The crucial difference between Britain and Canada, for example, is that Canada is located more than 5,000 kilometers (3,100 miles) from Europe. Dover is only 42 kilometers from Calais. This has implications, also for the content of the agreement.

A projection on the white cliffs of Dover: Barnier says of Britain's departure from the EU, "I felt hurt personally."

DER SPIEGEL: The EU’s trade volume with Britain exceeds that with the Canadians many times over, to cite another difference …

Barnier: ... additionally, when we were negotiating with Canada, the aim was to bring us closer together so that we could conduct trade as smoothly as possible in the future. With the British now, it’s the other way around. For the first time, we are entering into trade negotiations with a partner with whom we are already very closely intertwined in the single market. Rather than trying to get closer, we will have to unravel some of what we have built up together over the decades. All this shows that Britain is a special case.

DER SPIEGEL: One important distinction is the EU’s demand that the British continue to abide by rules similar to those for the community in areas like labor, consumer protection or state subsidies. Why should the British agree to that?

Barnier: The EU and the British want to conduct trade as smoothly as possible in the future. We are offering zero duties and zero tariffs. In exchange, we need fair competition, meaning rules and laws on both sides that fit together. As a sovereign nation, the British can choose to apply certain EU rules. I would welcome that because they are good rules. But they can, of course, also achieve the same result – a level playing field – with their own laws.

DER SPIEGEL: Again: Wasn’t the main purpose of Brexit for Britain to free itself from EU rules?

Barnier: It’s perfectly within the rights of the British to do that. But future access to our internal market of more than 440 million people will depend proportionally on the extent to which there is fair competition between the two sides. That is exactly what we agreed with the British in the political declaration only a few months ago. Boris Johnson was also involved in this. So, no one can be seriously surprised by the EU’s position.

DER SPIEGEL: In a recent speech, Johnson pointed out that France spends twice as much money on state aid as Britain, and that Germany spends three times as much. Why are you so certain the British want to undercut the EU rules in some wild way?

Barnier: Of course, the French and the Germans grant state subsidies, but they do so within the framework of the common rules set by the EU. That is what this is all about: fair competition. I assure you, I listen carefully to what Boris Johnson and other politicians in Britain say. The idea of a "Singapore on Thames,” meaning barely regulated competition in front of our coasts, did not come from me. There is no question that the British have the right to go that way. It is also clear, however, that access to the internal market will depend on whether and to what extent we remain at a comparable level of regulation in certain areas.

DER SPIEGEL: European Commission President Ursula von der Leyen is currently planning numerous new environmental laws, especially in the area of climate protection. Do you also expect the British to adhere to these in the future?

Barnier: We will have to talk about that. But I’m not too worried about it. Anyone who knows the British knows that they are further along in the fight against climate change than many EU member states. If we are now going to become more ambitious in the EU, too, then we can complement each other well. Modern trade should be more sustainable. I am certain that the British want a trade agreement that delivers quality – in terms of the environment but also in terms of social policies and state aid.

DER SPIEGEL: Listening to you, Mr. Barnier, we have the impression that the EU is at times looking anxiously at Britain and what could emerge after Brexit. Does the world’s largest trading bloc really need to fear a "Singapore on Thames,” or would it be better for the EU to confidently accept the new competitor and become a little more dynamic itself?

Barnier: We’re not afraid, but we’re also not naive. When it comes to the integrity of the single market, there can be no compromises. The single market is and will remain the most important shared asset of the 27 EU member states for the foreseeable future. The internal market is the main reason Donald Trump respects us. The internal market is the reason Chinese President Xi Jinping takes the EU seriously – and, so far at least, not our foreign or defense policy.

DER SPIEGEL: Mutual trust is particularly important for the success of negotiations. How are things between you and Boris Johnson? How do you get along with someone who, like Donald Trump, acts like a schoolyard bully?

Barnier: We are both politicians. That is the basis on which we understand and respect each other. I admire the stock of energy he can draw on in negotiations. Johnson is very clever, but he also knows that I've been in this business for a long time and that I'm not going to allow myself to be fooled.

DER SPIEGEL: But there are already signs that the British government is trying to do just that. The word in London is that Prime Minister Johnson is reviewing alternatives to controls on the Irish Sea, which are to apply to British goods imported into Northern Ireland and to which the British committed themselves a few months ago in Brussels.

Barnier: If we want to conclude an agreement on our future relationship, we need trust and respect right from the very beginning. That’s not something that should be underestimated. In Ireland, it’s not only a question of controls on certain goods or animals, which already existed in part before Brexit. There’s much more at stake there. It’s about peace and stability on the island of Ireland. And that is the joint responsibility of the EU and the British and Irish governments.

DER SPIEGEL: Johnson wants to show his voters that Brexit will be a success without much effort. Doesn’t the EU need to prove the opposite and ensure that Brexit is not successful in order to deter populists who are also dreaming of leaving the EU?

Barnier: No. I am familiar with this argument, but I will never approach these negotiations in this way.

DER SPIEGEL: But what if the British economy, potentially fueled by economic stimulus packages modeled on those introduced by Trump in the U.S., grows more strongly than the eurozone in the future? Wouldn’t that put wind in the sails for all those who want to emulate the Brits?

Barnier: I don’t think so. I’m keeping my fingers crossed for the United Kingdom’s future. You don’t undermine right-wing populists in the EU by preventing the Brits from enjoying any success – you do so by learning the right lessons from Brexit. And there are answers.

DER SPIEGEL: Please explain for us: Why did 52 percent of the British vote against staying in the EU?

Barnier: Specific British reasons certainly played a role here. But there was also a mood that you can sense in a similar way in many EU countries. The people don’t feel sufficiently protected. In some regions, they have no prospects. They get angry. Think of the yellow vests in France. I also believe the British, unlike the Germans, made a mistake 30 years ago when they largely wrote off traditional industries and instead focused entirely on the service industries. Things can’t work without industry.

DER SPIEGEL: At times, it seems to us as though there is a bit of bitterness in your voice when you talk about Britain leaving. How did you feel when Brexit actually did happen at the end of January?

Barnier: For me, I felt hurt personally. The first vote I ever cast in an election was one in favor of Britain joining the European Community. There was a referendum on this in France in 1972. I campaigned for Britain’s accession – and I never regretted it. 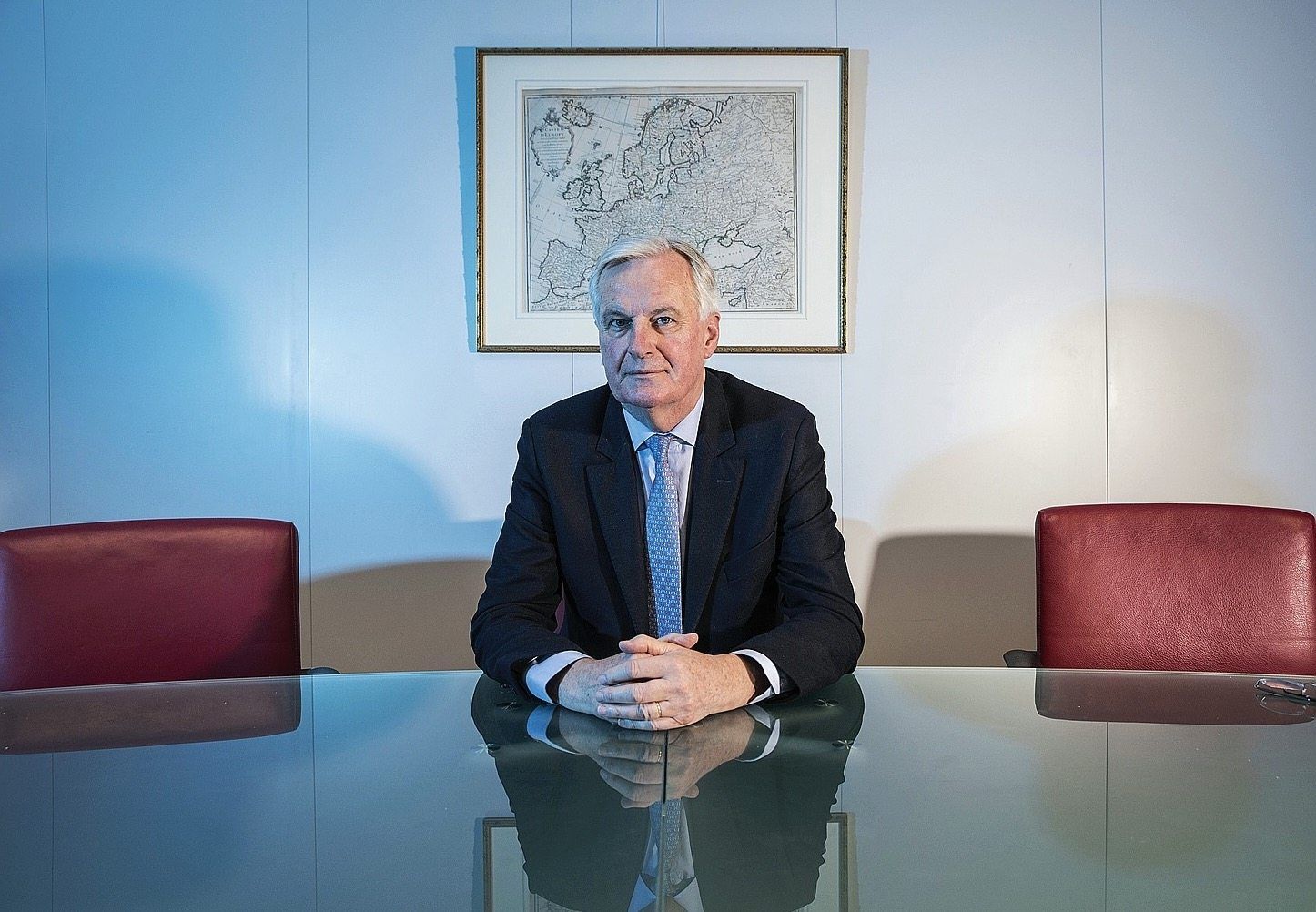 Michel Barnier: "Rather than trying to get closer, we will have to unravel some of what we have built up together over the decades." 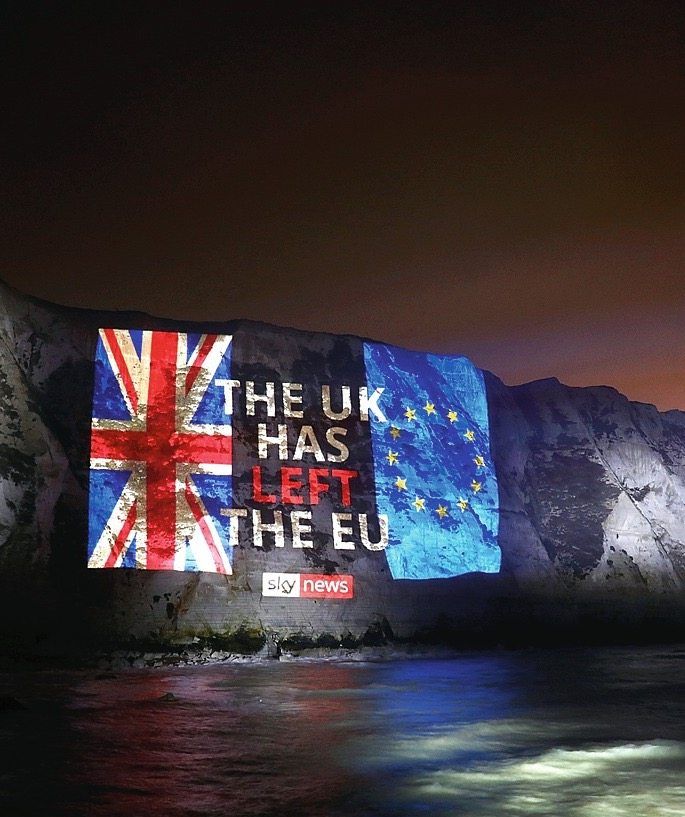 A projection on the white cliffs of Dover: Barnier says of Britain's departure from the EU, "I felt hurt personally." 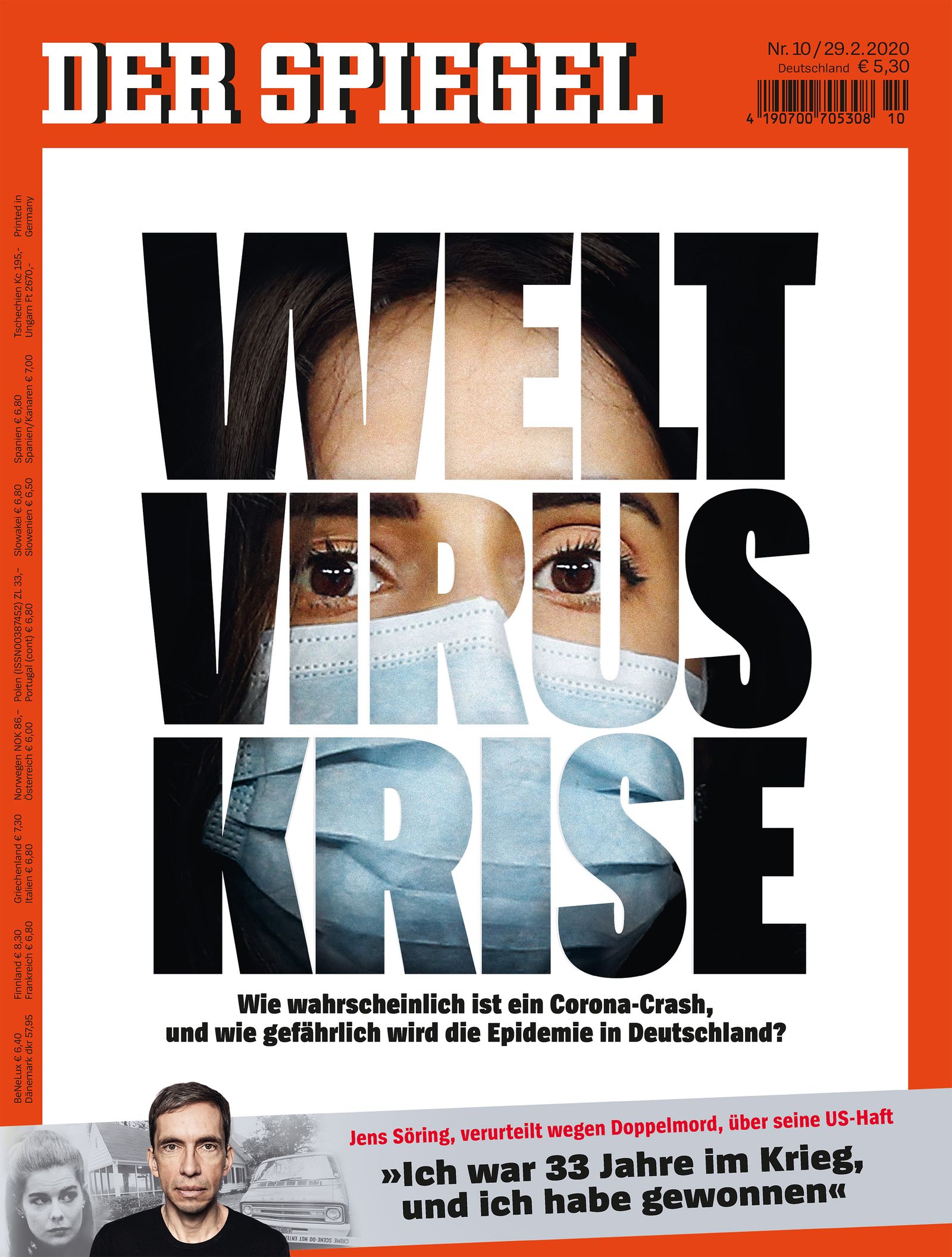