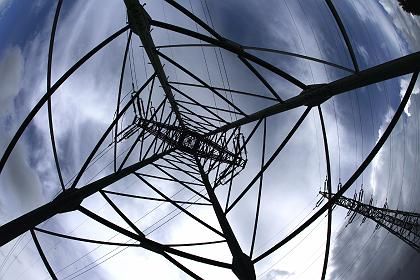 Europe is wondering where its energy will come from in the future.

The climate change report issued by the European Commission on Wednesday is uncompromising. Should average temperatures in Europe climb more than 2 degrees Celsius, eco-systems will be devastated, the continent's agriculture will radically change, its wildlife will be destroyed and tens of thousands of people will die.

Many of our habits may also change according to the study: Summer holidays on the Mediterranean may no longer be possible due to the heat, and ski trips to the Alps may suffer from a lack of snow. The report says that harvests in southern Europe could shrink by as much as 20 percent as droughts become more common. Agriculture in Scandinavian countries, on the other hand, could stand to benefit.

The study comes as part of the EU's release on Wednesday of a comprehensive new energy policy focusing on renewable fuels, cutting energy consumption and reducing the 27-nation bloc's dependence on oil and gas suppliers abroad. Indeed, the announcements could hardly be more timely, with a number of Central European countries including Germany hit by Russia's decision to temporarily shut off a major oil pipeline this week -- and with temperatures across Europe unusually warm this week. German Chancellor Angela Merkel, who just took over the rotating European Union presidency at the beginning of the month, has said that energy and climate change would be priorities.

"Climate change is among the gravest environmental, social and economic challenges facing mankind, and it is already happening," read a statement on the European Commission Web site. "Urgent action is needed to limit climate change to a manageable level and prevent serious physical and economic damage."

The "urgent action" the EU proposes is to cut its emissions by 20 percent by 2020, compared to 1990 levels. It has also challenged the developed world as a whole to reduce greenhouse-gas emissions by 30 percent. Only then can the world hope to limit global warming to 2 degrees Celsius as compared with pre-industrial temperatures. By 2050, emissions should be cut by 50 percent.

In addition to setting emissions targets, the EU on Wednesday outlined long-term energy goals, including getting 20 percent of the bloc's energy from renewable sources such as wind, solar and biomass by 2020. Commission President Jose Manuel Barroso also said the EU favored a separation between the creation and the distribution of energy -- meaning companies producing energy would no longer control their own gas pipeline or powerline networks. The idea, though, faces major hurdles as both Germany and France have long been opposed to such a plan.

Another potentially controversial statement was that referring to nuclear energy. The report said that shutting down nuclear reactors would make reductions to greenhouse gas emissions more difficult. Germany has said it wants to shut down all of its nuclear reactors by 2020, though this week's pipeline crisis with Russia has renewed calls within Germany to abandon those plans.

The Commission's proposals on emissions cuts have been criticized by environmental groups for not going far enough and for seeking greater reductions from the rest of the world than for the EU itself.

"The Commission's proposals on emissions are nothing short of climate crime, betraying future generations of EU citizens," Satu Hassi, a Green Party member of European Parliament from Finland, told the AP. "Far from giving leadership, the Commission is proposing that Europe abdicate all ambition on reducing emissions and set a target of a paltry 20 percent, in spite of overwhelming scientific evidence suggesting greater global reductions are necessary."