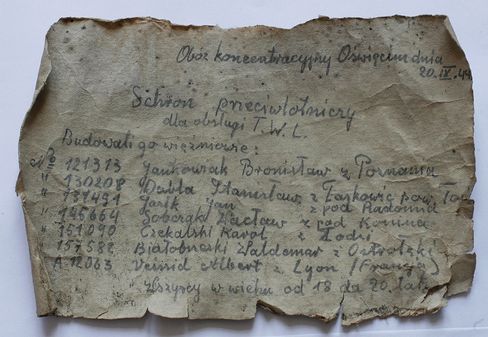 The letter was found inside a bottle during excavation on the grounds of the former Nazi extermination camp, Auschwitz-Birkenau in Poland.

Construction workers have found a message written by inmates of the Auschwitz death camp almost 65 years ago, the memorial site's museum said on Tuesday.

The message dated Sept. 9, 1944, was signed by seven prisoners, of whom six were Poles and one was French. At least two of them survived the camp, which was liberated by Soviet forces more than four months later, on January 27, 1945.

Further details will be released in the coming days. The note will be handed to the museum in early May, and the museum has already verified its authenticity.

The inmates "were young people who were trying to leave some trace of their existence behind them," museum spokesman Jarek Mensfelt told the Associated Press.

The men wrote down their names, camp numbers and home towns in pencil. The final sentence says: "All of them are between the ages of 18 and 20." At least two are believed to have survived the camp.

Media reports said one the Frenchman, Albert Veissid, was still alive and living in France.

The prisoners hid the note by placing it in a bottle and putting it in the concrete wall of the building, which was a warehouse for SS troops during the war. The prisoners had been reinforcing the cellar with concrete so that it could serve as an air-raid shelter.

The bottle was discovered a few days ago as builders were renovating the cellar of the building, now a vocational training college located near the memorial site.

Mensfelt said Karol Czekalski and Wachaw Sobczak had definitely survived the camp and that he was trying to locate them.

Historians estimate that between 1 million and 1.5 million people were murdered in Auschwitz and that up to 1.35 million of them were Jews. 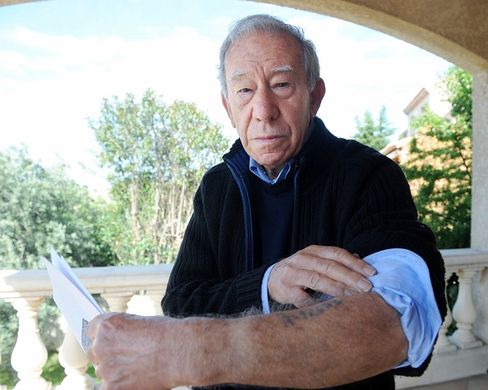 Albert Veissid, a former prisoner of Auschwitz death camp, was one of the seven people whose names had been listed on the paper.

Thousands of Poles, Sinti and Roma and Soviet prisoners of war were also killed there.

Since 2001, the number of visitors has more than doubled to 1.13 million last year, with around 70 percent being of school or university age.

Germans made up the fourth-largest group of visitors. Most of the visitors came from Poland, followed by British and Americans.

The Auschwitz museum earlier this year launched an international appeal to help set up a €120 million fund that would ensure the long-term survival of the site, which is located in southern Poland near the city of Krakow.