How did Berlusconi -- a man who in most other countries would have long ago been politically dead -- manage to orchestrate such a political drama? In large part, the answer comes back to taxes. In threatening to bring down the government under the guise of his opposition to a property tax and a planned increase of value-added tax (VAT), Berlusconi attempted to play to Italians' deep disdain for the country's tax code.

"The tax evader in Italy is a hero. Tax evasion is the ultimate form of tax revolt," says Leonardo Facco, founder of the Friuli-based Libertarian Movement. Facco, who was formerly a leader within the populist Northern League party that has been aligned with Berlusconi's People of Freedom party, believes the Italian tax system is "characterized by a bureaucracy and zany collection system worthy of the worst medieval extortionists." While Facco suggests Berlusconi's tax stance is built on rhetoric rather than substance and that he is not a true economic liberal, he concurs with Berlusconi's position on the VAT and property tax. "They are robbery," says Facco.

Italy has one of the highest tax evasion rates in the developed world, according the the Organization for Economic Cooperation and Development. The Bank of Italy estimates that 27.4 percent of the Italian economy avoids taxation. Moreover, a recent poll compiled by the University of Milan found that 29.9 percent of Italians think it is "legitimate" to evade taxes. Berlusconi himself has suggested in the past that tax evasion was simply a logical response to excessively high tax rates. Fabrizio de Pasquale, a member of the Milan city council and of Berlusconi's party, says tax evasion is indicative of "a lack of civic sense." "But also," he adds, "the problem is that we have very high taxation for the people who make a lot of money and the self-employed, so it's convenient to avoid paying taxes."

Italy's total tax revenue as a percentage of GDP stood at 42.5 percent in 2011, the sixth highest in the European Union and nearly 4 percentage points above the EU average of 38.8 percent, according to Eurostat. In 2013, Italy's top bracket personal income tax rate was 43 percent and its corporate rate was 27.5 percent. But that amount is less than the 47.5 percent and 29.8 percent respectively taxed in Germany, where tax collection has been far more aggressive in recent years. Italy's VAT, which prior to the recent political uncertainty had been set to rise from 21 to 22 percent, is close to the EU average of 21.3 percent for 2013. However, the country's implicit tax rate on labor -- the tax that causes the most popular outrage, on both the left and right -- is 42.3 percent, the second highest in the EU, behind Belgium.

After taxes on profits and labor, the average Italian company pays around 68 percent annually, estimates Franco Pavoncello, a political science professor and president of Rome-based John Cabot University. As a result, Pavancello explains, many small and medium-sized businesses, like shops and restaurants, operate on a strictly cash basis and do not make invoices or receipts. "In the north of Italy, people go to Austria to open companies, where there is a flat taxation rate," adds Pavancello.

Riotta suggests that Berlusconi taps into the collective frustration of both business owners -- large and small -- and average workers over high taxation. "Berlusconi says, 'They're doing to me what they're doing to you," explains Riotta of Berlusconi's approach with voters over taxation. Berlusconi's advocacy of a more flexible tax code is a large part of the reason that he continues to enjoy such high support from the Italian electorate, says Riotta. Polls taken shortly after a parliamentary confidence vote last Wednesday that kept Letta in power after a surprise about-face by Berlusconi, show support for his party has dropped between two and six percentage points from September, but continues to remain above 20 percent.

If the center-left -- including Letta's Democratic Party -- offered tax breaks to entrepreneurs starting businesses, Riotta argues, it could make inroads with voters who tend to skew towards Berlusconi because of his perceived fiscal stance.

Conversely, the left faults Berlusconi for actually increasing labor costs and the tax burden on workers. "The distortions of the system began long before, but in the past 20 years the center-right governments --Berlusconi's included -- exacerbated them by decreasing taxes on property, capital, finance and increasing those on labor," says Leopoldo Tartaglia, the director of global policy for the Italian General Labor Confederation, Italy's largest trade union.

At the same time, Berlusconi has lost credibility on fiscal issues with the center-right, says Serena Sileoni, vice director of the Instituto Bruno Leoni, a free-market think tank. While his party may still be popular with small businesses and families, "during his years of government, there were not any adequate or concrete measures for re-establishing the rule of law on fiscal issues or in reducing taxes," says Sieleoni. Citing a myriad number of "hidden taxes" in addition to "classical taxation," Sileoni argues that Italy should make its tax code more transparent, so that citizens are better informed about the taxes required of them.

Despite her frustration over Berlusconi's apparent failure to actually implement fiscal and taxation reform, she echoes some of his main themes, noting that the "unbearable" level of taxation for individuals and companies could lead to increased tax evasion. Sileoni adds, "The only way to radically combat tax evasion, when taxation is so choking, is to reduce the level of it and give taxpayers some guarantees that their money will be used for social services." 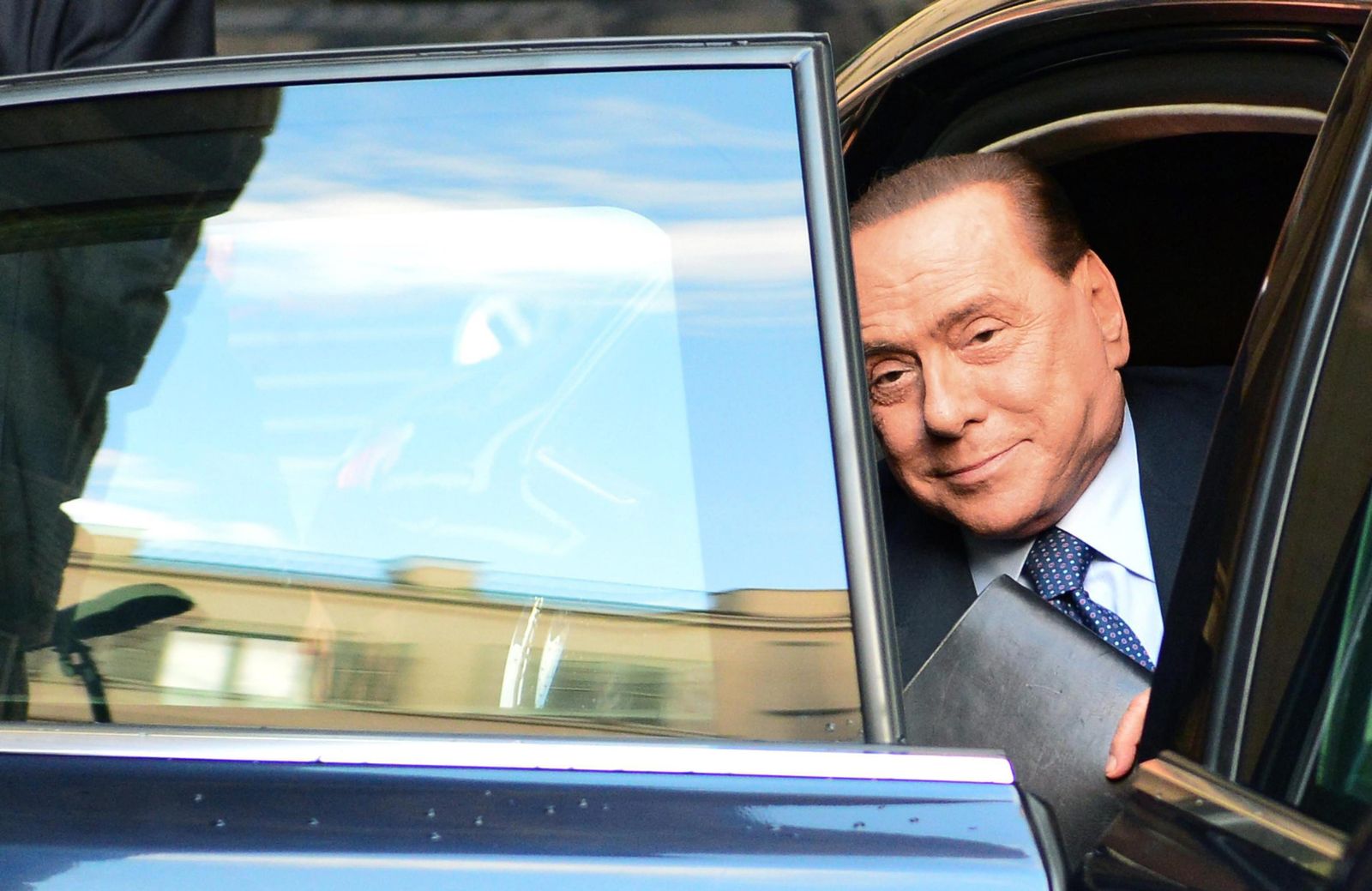 He will likely lose his seat in the Senate, but many Italians still support Silvio Berlusconi.