Europeans from Cyprus to Ireland indulge in a rather intoxicating continental pastime: drinking. The champions of excessive or binge drinking are the Irish, Brits, Finns and Danes, according to a European Union survey on alcohol consumption released on Wednesday.

The study -- which polled 28,584 people between last October and November -- found that for young people in particular, the odd drink is not enough to satisfy their thirst: almost one in five between the ages of 15 and 24 consumes five or more beverages in one session, defined as the benchmark for binge drinking.

Binge champions are the Irish with 34 percent, followed by the Finnish, British and Danish with 27, 24 and 23 percent respectively. Italians and Greeks, on the other hand, tend to stay relatively sober: only 2 percent of those asked reported excessive alcohol consumption.

Although the overall binge drinking average is similar to the levels found in the last survey taken in 2003, politicians are worried about the continental pastime. EU Health Commissioner Markos Kyprianou said he was "deeply concerned" about the situation. In 2006, the British government started an awareness campaign to alert young people about the dangers of binge drinking.

The study also emphasized that heavy drinking has more consequences than just a hangover the next morning: 195,000 Europeans die annually of alcohol abuse, and every fourth death among young men aged 15-29 is related to drinking. Alcohol also plays a role in 8-10 percent of illnesses and injuries of European citizens. In Britain, half of all violent crime is alcohol related, according to the government. 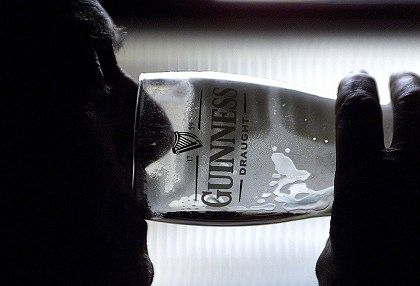 The average European would soon move on to the next pint.

Germany is currently discussing the dangers of binge drinking and ways to prevent out-of-control alcohol consumption following the much-publicized case of a 16-year-old student in Berlin who drank himself into coma by consuming 52 shots of tequila in one sitting.

Elsewhere in Europe, too, people are increasingly concerned about getting drinking under control. The survey found that about three-quarters of those questioned would agree on a clamp down on how alcohol is sold (77 percent), support the banning of alcohol advertisements (76 percent) and are in favor of lowering blood alcohol level limits for young and novice drivers (73 percent). Eighty percent said they would support random police alcohol tests for drivers.

The European Commission said that about 55 million adults -- 10 percent of Europe's population -- drink at harmful levels. This makes the continent the heaviest drinking region in the world, with the average adult consuming the equivalent of 11 liters (23.25 pints) of pure alcohol per year.