SPIEGEL: Mr. Hoyer, why does the European Union currently have such a bad reputation among the German population?

Hoyer: When it comes to fundamental issues, ordinary people are still pro-European. According to surveys, the majority still wants the euro. But it is true -- Europe's reputation is currently not that great.

SPIEGEL: Why is that?

Hoyer: The political class likes to use the European Union as a scapegoat for everything that goes wrong. Failures are blamed on the EU, while national governments like to claim successes for themselves. I think this is a mistake. In addition, too many politicians shy away from openly calling for further European integration. They are afraid of political resistance.

SPIEGEL: But that fear is not unfounded. Right-wing, anti-EU parties have been successful in Denmark and Finland.

Hoyer: That only has partly to do with Europe. People there are afraid of crime and downward social mobility. Europe makes a good scapegoat. But the societies that are slowly distancing themselves from the European spirit are becoming more authoritarian and less tolerant. That worries me a great deal.

SPIEGEL: There is little enthusiasm for the European project among German politicians either. Politicians in the parliamentary group of your party, the business-friendly Free Democrats, are warning about the cost of the EU. Meanwhile, Chancellor Angela Merkel accused southern Europeans of taking too much vacation and has called on them to work harder.

Hoyer: It does not make me happy that the debate is being conducted in this way -- especially as the facts are not even correct. When it comes to the number of vacation days taken, we Germans are at the top of the rankings. We should not just talk about what Europe costs us. We should also discuss what it is worth to us -- and what it would cost us if the EU did not exist.

SPIEGEL: In the debate over the euro crisis, voices in the governing coalition of Merkel's conservatives and the FDP are mainly warning that the EU cannot be allowed to become a so-called "transfer union," where money flows from rich members to the poor.

Hoyer: The very term is misleading, because we have already had such transfer payments for a long time, in the form of agricultural subsidies and regional development funds. These are an expression of European solidarity. It is, however, correct (when people argue) that we should not become liable for others' debts. Otherwise the system will collapse.

SPIEGEL: Could the EU fall apart?

Hoyer: No. But for the first time in the 25 years that I have been involved with the European project, I see the danger of backsliding, including in relation to the major goals of peace, freedom and prosperity. At the same time, we are in danger of missing the boat when it comes to a much-needed reorientation of the EU so that it is fit to deal with globalization.

SPIEGEL: There have already been setbacks. Denmark has reintroduced border controls, for example.

Hoyer: Denmark is setting a dangerous precedent. In this case, part of a common European achievement is being sacrificed to right-wing populist tendencies. Other Europeans cannot stay silent.

SPIEGEL: The European minister for the state of Hesse, Jörg-Uwe Hahn, who also belongs to the FDP, has called for Germans to boycott Denmark as a vacation destination.

Hoyer: I share his concerns about the fate of a core European achievement and about Denmark's image as a model example of a cosmopolitan and tolerant country. Nevertheless, I do not support threats and boycott, because they only play into the hands of the right-wing populists. 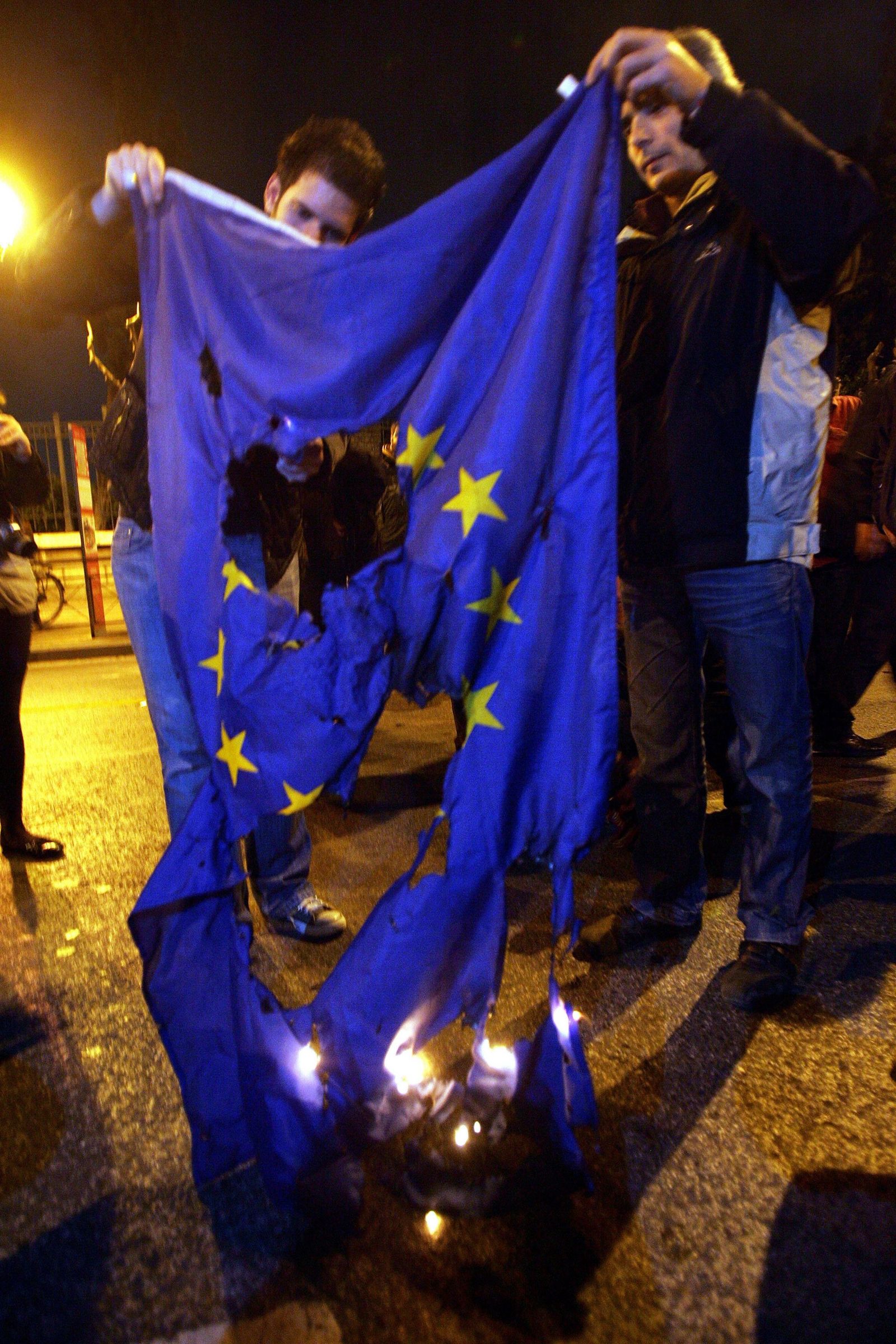