In an emotional statement on Tuesday, European Union Justice Commissioner Viviane Reding called France's forced expulsion of the Roma from their borders "a disgrace," and said the policy was probably in violation of EU law.

Speaking in Brussels, Reding said: "I personally have been appalled by a situation which gave the impression that people are being removed from a member state of the European Union, just because they belong to a certain ethnic minority. This is a situation, I had thought, Europe would not have to witness again after World War II."

Reding said she was convinced that the Commission would have no choice but to take action against France for breaking an EU directive that allows citizens and their family members to move freely within member states.

At times Redel appeared angry and banged her podium, saying: "Enough is enough."

French Foreign Ministry spokesman, Bernard Valero, meeting with reporters in Paris on Tuesday, expressed "astonishment" with the EU statement. "We don't think that with this type of statement, that we can improve the situation of the Roma, who are at the heart of our concerns and our action," he said, according to the Associated Press.

More than 100 Roma camps of have been closed down in recent weeks, as part of a French government campaign to repatriate them. An estimated 1,000 Roma have been sent back to their home countries, primarily Romania and Bulgaria.

The policy started this summer, and has been interpreted as a cynical effort to revive Sarkozy's sagging popularity. The crackdown has been widely criticized, both in France and throughout Europe, where nervous neighbors with large Roma populations are closely watching events unfold.

The deportations continued Tuesday, when dozens of Roma arrived at Marseille's airport in southern France before they were sent back to Romania. Under the French plan, Roma who agree to leave the country receive €300 ($387) and an additional €100 ($129) for each of their children.

Reding said that Monday afternoon Hortefeux signed a new circular on the matter, though, and eliminated references to a specific ethnic group, the Roma. She said her office is looking into the legal ramifications of the change, and asked the French authorities for an immediate and swift explanation.

An estimated 310,000 Roma live in France, according to the Berlin Institute for Population and Development. As citizens of the European Union, Roma are allowed to travel to member countries and may stay for up to three months before they are required to find work. 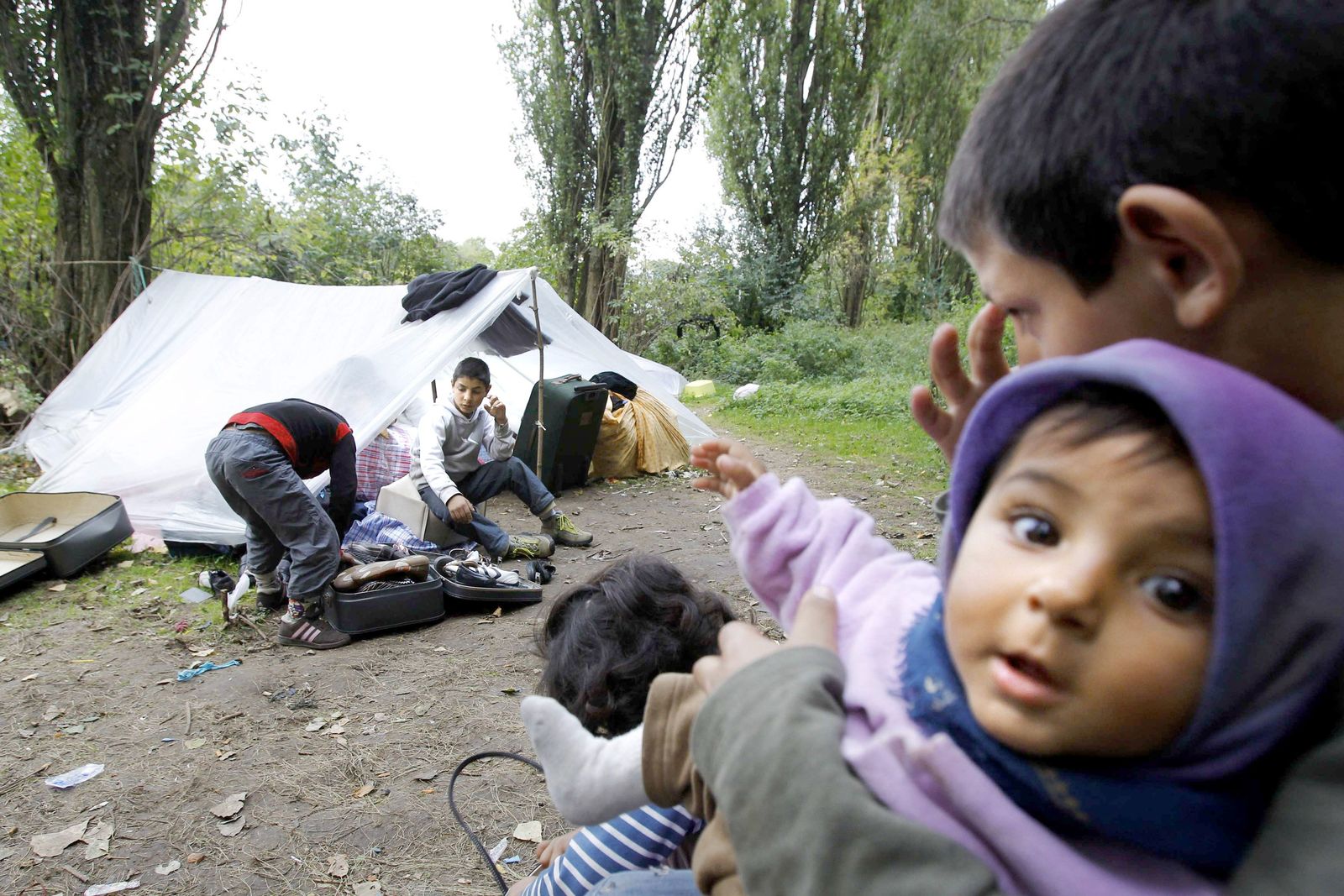 The European Union has taken France to task for its recent deportations of Roma.