"Send gramps to Europe," is a time-honored expression of derision for politicians past their prime who are sent to Brussels for final depository in an unimportant position, like some toxic waste dump. Nobody is interested in these people any longer. The cameras and microphones are turned off when they appear at the podium. Some still have a little bit of clout back in their home countries. Generally, though, they are anonymous -- like gray-haired mice soaked in the constant drizzle in Brussels.

But that image is totally wrong, and the truth couldn't be any different. Only princes live better than members of the European Commission.

If they so desire, commissioners in Brussels can have greater political influence than the average government minister in Berlin or a state leader in Lower-Saxony or Rhineland-Palatinate. But those who prefer "living easy," won't have any trouble either. Financially, they have it better off than most of their colleagues in their parties back at home -- often the ones who have sent them into European exile in the first place. Once in Brussels, they can only laugh at the puny salaries of their colleagues in the homeland.

The truth is that being a member of the European Commission is a dream job: You have a luxury life with your own driver, personal advisors, spokespeople and many additional workers -- not to mention a fat salary. But the best actually comes when your time in Brussels comes to an end. You get paid transitional money for three years or until you get a better job and a pension that is straight out of paradise. The appeals for austerity and calls to increase the retirement age being heard across the continent right now apparently do not apply in Brussels. The city appears to be overflowing with money. The subsidy accounts appear to be overflowing, and apparently the EU has trouble finding ways to spend many billions of euros. So why should officials just take it for themselves?

In the offices of the European Commission headquarters, the mass concrete fortress known as Berlaymont, the center of Brussels eurocracy, every one earns a great salary. Even an entry-level interpreter starts out with a base salary of €4,190 a month. A senior official can earn as much as €16,000 ($21,459) a month. In addition to that, allowances are given for living abroad, housing, children, schooling and pre-school. European taxpayers in a rough estimate, pay around €100 million a year for the private EU schools the children of eurocrats attend.

The president of the Commission, José Manuel Barroso of Portugal, earns €304,000 per year. Most of the EU leaders in Brussels also get a so-called "location allowance." Catherine Ashton, the EU high representative for foreign affairs, for example, earns around €323,000 a year. In addition to that comes allowances for private households and for representative costs -- basically everything. The Labor politician, who became a baroness at the request of the then head of her party, Tony Blair, earns a lot more than colleagues like German Chancellor Angela Merkel or US Secretary of State Hillary Clinton. Ashton has another advantage over these world leaders -- her weekend in London with her children often begins on Thursdays.

Being a member of the European Commission isn't a lifelong job. As a rule, commissioners are swapped out after serving one or two five-year terms. So that they don't fall into the economic abyss, they have a right to continue collecting 40 to 65 percent of their base salaries -- around €10,000 a month -- for a period of three years. A spokesman for the Commission this week confirmed that this form of charity exists in order to "aid their transition in the labor market." A report on the payments first appeared earlier this week in Germany's Financial Times Deutschland newspaper.

The problem is that the transition isn't a very difficult one for most. Some ex-commissioners simply return to their political careers back at home. Others market the knowledge and contacts they have collected in Brussels in private industry. There, they are welcomed with open arms, as the fate of the commissioners whose terms ended this February shows.

But this week information came to light that at least 15 former commissioners are receiving transition payments, despite the fact that they have long since found new employers. Former German commissioner Verheugen didn't take the money. And in some cases the Commission refused to give it -- but many are still collecting. They are entitled to it by law.

The old age safety net for commissioners and other top officials at the European institutions are also beyond reproach -- at least formally. After 16 years of employment for Europe, a worker qualifies for the maximum pension rate, 70 percent of the person's final salary. For most higher-ranking EU civil servants who have spent a good deal of their life working in Brussels, that means a pension of far more than €10,000 per month. It's a pension they never have to pay anything into, either. It's almost impossible for commissioners to get to that level. Nevertheless, anyone who can survive a five-year period in office is eligible for a pension of close to €5,000 per month.

A German worker in the highest wage category could pay the highest contribution to the system throughout their entire life and still wouldn't get that kind of payout. But that's not just a problem when compared to Brussels. Most German people will never even get close to the kind of pensions that Germany's politicians get.

But that's just the way things work -- some determine the rules and the others have to pay for them. 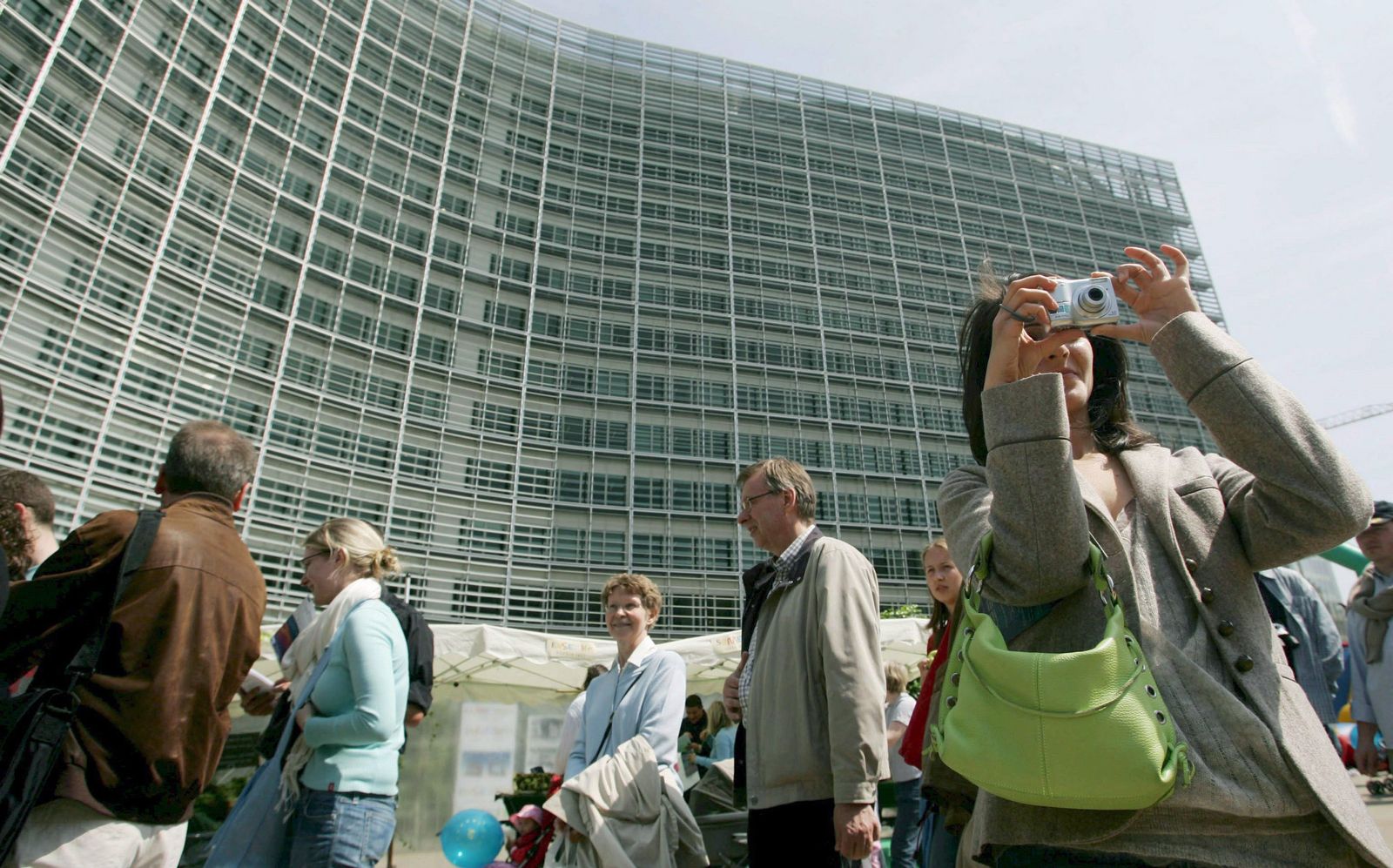 Some leaders in the European institutions in Brussels earn salaries that are greater than Angela Merkel or Hillary Clinton.