The European Union, for now, lacks most trappings of central government because it has no constitution. Most "EU diplomats" are in fact diplomats from EU member nations, not from Brussels itself. Even Javier Solana, the EU's high representative for the common foreign and security policy, can't technically call himself a "foreign minister." Instead, he is generally referred to in the media as the EU's foreign policy chief. But European Commission President Jose Manuel Barroso is quietly working for the day when he can. 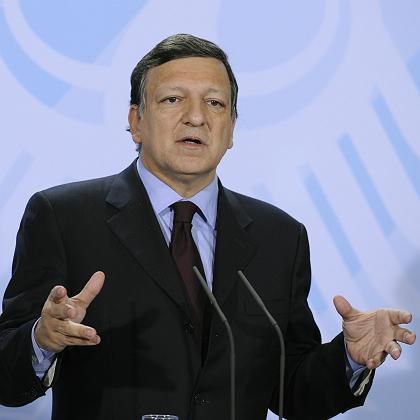 Hundreds of bureaucrats at Barroso's European Commission, the EU's executive body, are being educated in the diplomatic arts, taking courses at universities and international academies on "Political Analysis" and "Handling the Media" to prepare for a new role that would be created under the imperilled Lisbon Treaty. Among the key provisions of the treaty is the creation of a European External Action Service and the appointment of a "foreign minister," though the title has been renamed as the "high representative of the Union," as well as an EU president. The idea is to groom an EU diplomatic service so it can start its work the day the treaty -- once known, and rejected by voters in France and the Netherlands, as the "EU constitution" -- goes into effect.

The Lisbon Treaty, of course, may never be ratified. It could easily lose an upcoming vote in the Czech Senate or fail (again) in a new Irish referendum this fall. But Jose Manuel Barroso has ambitions to serve another term, so he's busy creating facts on the ground.

If Lisbon is ratified, it would elevate the more than 150 EU representative offices around the world to the level of embassies and consulates. The EU is also moving in advance to insure it has the space it needs. In London, EU emissaries are moving into office building on Smith Square purchased for €27 million.

This purchase is something of a coup. The building once housed the headquarters of Britain's Conservative Party, the Tories. Margaret Thatcher, an archcritic of the European Union, once celebrated an election victory in one of its open windows. Now -- assuming the Lisbon Treaty is ratified -- the EU's blue flag is meant to wave in the same spot, in what is expected to become a "super embassy" for Brussels.