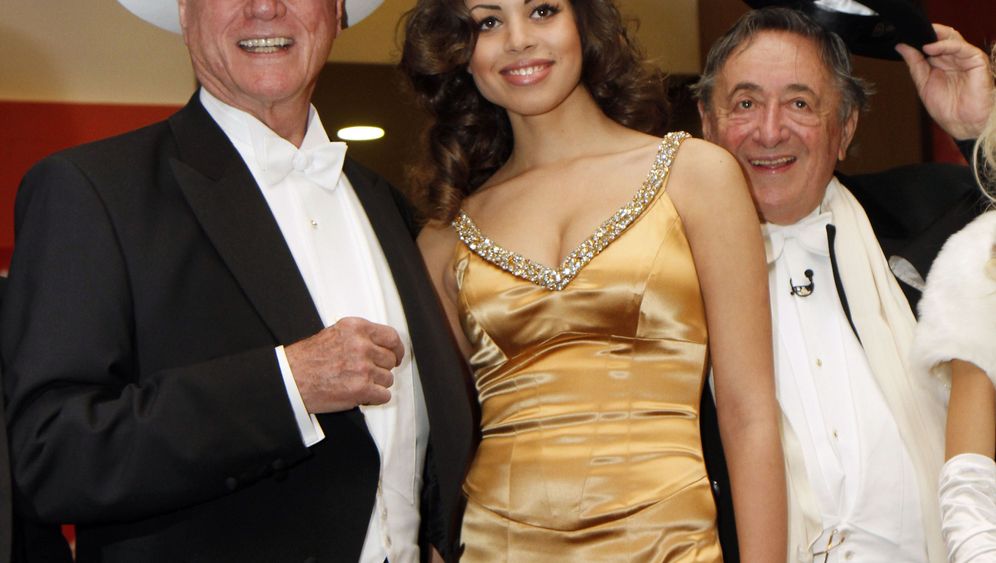 Some may question his taste in celebrities -- previous dates have included Paris Hilton and Spice Girls singer Geri Halliwell -- but Austrian entrepreneur Richard Lugner can always be counted on to have a star on his arm at the famous Vienna Opera Ball.

But while many guests at the annual society event have turned their noses up at Lugner's desire for publicity in the past, his choice of date has seldom caused such a stir as it did this year. On Thursday evening, Lugner was accompanied to the ball by Karima el-Mahroug, better known as Ruby, an 18-year-old dancer who is at the center of a sex scandal involving Silvio Berlusconi. There are allegations that the Italian prime minister paid el-Mahroug for sex while she was underage, at a so-called "bunga bunga" party.

The dancer's presence at the glamorous ball, which is attended by Vienna's elite, caused a mini-scandal and made headlines in Austria. The ball's organizer, Desirée Treichl-Stürgkh, called el-Mahroug a "prostitute" and threatened to ban Lugner from the event, while Austrian state television's head of programming told camera operators to keep her out of the shot.

Ruby, for her part, seemed to be enjoying all the attention. "I can't waltz," she told reporters, before adding, with a knowing smile: "I can only belly dance."