Finally. After days of wrangling between the major political parties in Athens, white smoke is finally wafting out. Habemus papam, or more precisely, Habemus Papademos.

Lucas Papademos, the 64-year-old former vice president of the European Central Bank (ECB), has been chosen as Greece's interim prime minister and to lead his country out of the political chaos of recent weeks and out of the crisis. His swearing in has been scheduled for Friday at noon.

The economist with a impeccable reputation has won out in the power struggle with Greece's political heavyweights. And, in doing so, he has given the first indication of his own political strength.

Until the very end, Giorgios Papandreou, who is still prime minister and leader of the ruling socialist party PASOK, and Antonis Samaras, head of the conservative New Democracy party, had tried to box in the crisis manager. In the meantime, other candidates' names were thrown into the hat, including that of Filippos Petsalnikos, speaker of the Greek parliament.

Papandreou, for example, wanted assurances that his finance minister, Evangelos Venizelos, would retain his position and likely other important allies as well. Samaras, on the other hand, wanted the date for new elections to be set for no later than Feb. 19 and for the transitional cabinet's freedom to act to be strictly limited to the implementation of the decisions made in Brussels in late October.

In the end, both of them had to give ground -- just how much will become clear in the coming days, as will the consequences of their concessions. Samaras, in particular, is under pressure within his own party. After 18 months of categorically rejecting all reforms or cost-cutting measures, many members of his party base are enraged at his about-face. Samaras had always pointed to immediate elections as the only way out of the crisis.

Now, though, he has teamed up with his opponents and is trying to mollify his supporters. He has decreed, for example, that no active member of his parliamentary group should become a member of the new government so as to avoid being branded by the unpopular resolutions that will have to be made. Instead, in what is a uniquely Greek form of compromise, only former conservative bigwigs can join the cabinet, including prominent ex-ministers and former EU representatives.

The Right Man for the Job

The choice of Papademos is almost symbolic of political developments in Athens. It took Papandreou three tries before he finally got himself elected the head of government in October 2009. And it took Papademos three tries, as well.

In 2009, he refused Papandreou's offer to assume a key position in his socialist government. In the summer of 2011, when Papandreou undertook his most recent cabinet reshuffle, he graciously declined to assume the role of finance minister, thereby clearing the path for Venizelos. Now he's the man on top, the new leader of a freshly discovered national unity.

Papademos, who served as the governor of Greece's central bank before heading to the ECB, could be exactly the right man for the job at this crucial phase. He enjoys a reputation for being a pragmatic thinker, a technocrat without a frozen political ideology, allowing him to take decisions based on economic or political necessity. During his term as ECB vice president, he was viewed as a disciple of strict pro-stability policies.

Still, the next days will be crucial to his success. He will have to establish his course and liberate himself for good from the parties and their political shenanigans. The political class squandered any goodwill it still enjoyed among the Greek population long ago. Papademos must now take advantage of that fact to assemble a cabinet reflecting his own economic and professional persuasion. In so doing, however, he must walk the fine line between economic competence and political support. After all, Papademos will also need a majority in parliament.

Papademos will also have to decide whether elections can really be held as early as Feb. 19. Such an early date would make effective crisis management difficult as it would mean an immediate start to campaigning. What's more, 50 of the roughly 100 days in the run-up to the election would see no political activity whatsoever. All parliamentary activity would grind to a halt at least 23 days before the election. Plus, before that, there would be the Christmas and New Year's holidays together with all the vacation days that go with them.

Continued Support from His Predecessor

Papademos must also convince members of parliament to support his proposals, particularly the opposition. Indeed, a leaked internal working paper of the conservatives has created a furore in Athens in recent days. Though party officials have vociferously denied its authenticity, the document says that conservatives have pledged their support for the "transitional period," but only in a pro forma manner and so that they can "later change" any cost-cutting decisions.

Papademos will likely enjoy the clearest support from PASOK, which holds a slim majority in parliament. Papandreou has always thought highly of the banker and nothing has happened to change that. What's more, Papandreou wants to step down from office as a great statesman who will continue on as head of PASOK, the party his father founded.

On Wednesday evening, Papandreou had tears in his eyes as he stood before the TV cameras and thanked his audience for their understanding and support during this time of extreme belt-tightening. "Thanks to you, we are still in a position to hope," he said, addressing the Greek people.

Papandreou said that his decision to leave office and usher in a transitional government was "a message to our European partners." "We Greeks have understood," he added. "We are willing to assume responsibility." 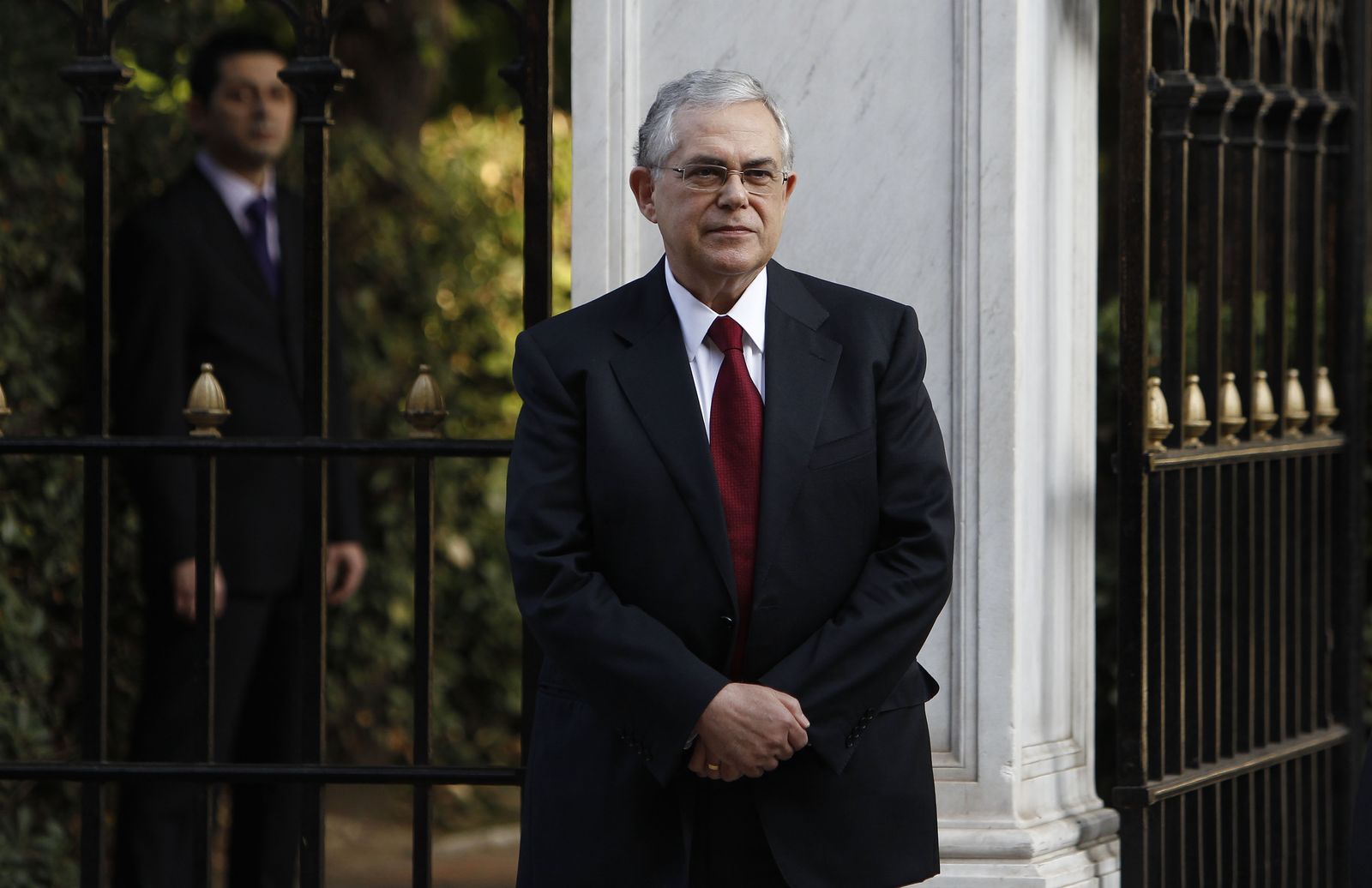