Despite denials from Brussels, EU taxpayers are to foot the bill for hefty and legally controversial pension supplements for many members of the European parliament. Their pension fund has run up a loss of €120 million ($156 million) as a result of risky share investments, according to an internal memo of the secretary-general of the European Parliament. 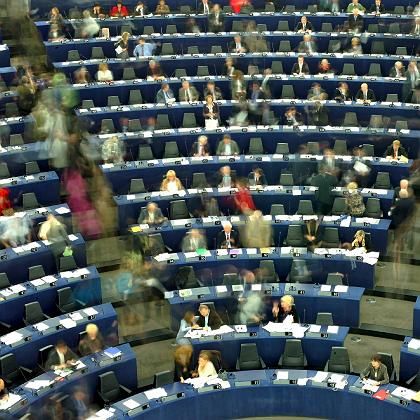 Members of the European Parliament meeting in Strasbourg.

The memo adds that, beginning in 2010, the retirement fund "will no longer have enough liquidity to meet its payment obligations."

This week, the parliament is scheduled to quietly agree upon a solution for how to safeguard the pension entitlements of around 1,000 active or retired parliamentarians. The secretary-general's memo includes the recommendation that, in making their decision, the parliamentarians should agree on measures that have "the smallest possible financial consequences for taxpayers."

Not all parliamentarians are happy about forcing taxpayers to fund the pension payments.

One member of the European Parliament's budget committee said it was "a huge scandal" given that "normal people" weren't compensated for losses sustained by their pension funds in the financial crisis.

Public money already makes up two thirds of the pension fund. At the moment, each MEP is required to make monthly contributions of €1,194.59 ($1550) into their retirement funds, while the parliament itself makes a matching contribution of double that amount.

MEPs aren't openly opposing the plan to cover the fund's losses. "We are under a lot of pressure from the leaders of our parliamentary group," said one member of Germany's Christian Democratic Union party.