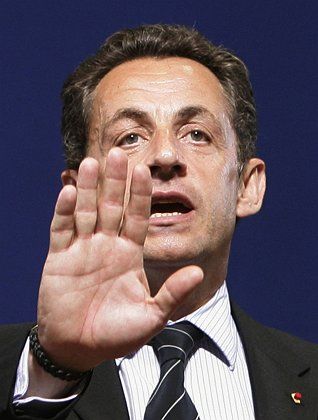 France has secured a deal to drop an explicit commitment to "undistorted competition" from the proposed new EU treaty. Now European competition officials are crying foul, saying the scrapping of the clause could undermine Brussels' fight against protectionism and illegal state aid.

Under the original proposal, one of the EU's main objectives was listed as an "internal market where competition is free and undistorted." But France persuaded Germany, current EU president, to put a full stop after "internal market" in the new treaty.

Sarkozy announced the alteration on Thursday evening. "There was some play on that," he said. "But today's presidency document satisfies our demand."

It is all part of France's attempts to give the European treaty a less "Anglo-Saxon" flavor. One of the main reasons for the rejection of the constitution in 2005 was French fears of a free market Europe. Sarkozy said he had to take into account the "55 percent of people who voted no." He has said previously that the EU should not act as a "Trojan Horse" for globalization.

The UK was persuaded by German reassurances that the dropping of the phrase was not significant, as the concept of undistorted competition appears 13 times elsewhere in the EU's legal texts. British officials told the London Times that they viewed it as largely presentational so that Sarkozy could avoid a rerun of a referendum on a new treaty, by claiming it differed in substance from the failed constitution.

The European Commision has successfully opened up markets and broken monopolies in many areas such as telecoms and aviation, and is currently attempting to tackle national energy giants across Europe.

But, according to the Financial Times, competition lawyers argue that the French move could undermine the European Commission's ability to tackle protectionism and illegal state aid in the future. The European Court of Justice frequently refers to the EU's objectives to justify its rulings.

According to Reuters, the EU's competition authorities are "alarmed" at the change, as the commitment to free competition is a cornerstone of the European Union, having been in the founding Treaty of Rome in 1957.

European Commission President Jose Manuel Barroso is reported to be concerned by the French manouver. One of his aides told the Financial Times, "a creative lawyer could point to the fact that competition was deleted from the constitution as a sign it has been downgraded."

Mario Monti, the former EU competition commissioner, who clashed with Sarkozy three years ago over his bail out of French engineering giant Alstom, was scathing of the French proposal. He told the Financial Times that the move "undermines the European economy and deprives European companies and European workers of a solid foundation for the single market." And he warned that it would be " a small sign of EU disintegration as a whole."

According to the Times of London, Commission lawyers are now feverishly working on counter-proposals that would satisfy Sarkozy but still give the Commission full powers to crack cartels and bolster the free market.