If you ask Athens residents about their country's economic woes, many will say that if all else fails and the country goes bankrupt, at least they can still go and work as a farmer.

They wouldn't say that if they had met Georgios Nikolaou.

With his full beard and chiselled features, Nikolaou, a farmer from the town of Stylida northwest of Athens, looks like a mixture of Charlton Heston and Santa Claus. He wanders through his olive grove as if it were paradise on Earth. He touches the trees, reaches for the thin branches and praises the "healthy and delicious" olives, describing them as the perfect fruit. Then Nikolaou sighs deeply and begins to tell his story.

For Greeks, olives are much more than just an agricultural product. The country produces nearly two million tons of the fruit annually and it is the nation's most important export. Olives are to the Greeks what beer is to the Germans: a national culinary treasure which inspires pride and forms part of the national identity. The olive is something that unites Greeks -- but it too is undergoing a serious crisis.

According to Nikolaou, the problem is that traders no longer appreciate the true value of the food. Instead, he says, they only care about profits, pushing the price paid to the farmer lower and lower. A few years ago, he says, he used to get €3 for 1 kilo of olives (about $2 per pound). Now he gets at best €2 per kilo, and sometimes as little as €1.50. His olives are then sold in supermarkets in Athens for €9 per kilo.

"It's just not right," the farmer says angrily. He rattles off a few figures. In 2010, his expenses -- including wages for seasonal olive pickers, fuel and transport costs -- totaled €20,000, but he earned just €16,000. It's been like that for years. He still has money saved up from his previous job as a technician in a weaving mill, but those reserves have shrunk steadily in recent years, from €80,000 to €10,000 now. "I won't be able to keep going for much longer," Nikolaou complains.

Sometimes, when he sits with his wife on the terrace of his small house in the evening, he asks himself why he bothers. For nearly 20 years, he has been getting up at 4 a.m. during the harvest season before falling exhausted back into bed 18 hours later. He asks himself why he is still doing it at his age, despite suffering from back pain and circulatory problems.

Nikolaou doesn't have any answers to his questions, at least none that give him hope. "I love nature, the trees and the olives, but I must be a total fool," he says bitterly. He clings onto the idea that his eldest son, Thomas, 33, a guitarist based in Athens, may one day decide to return home and work the family land. "But right now I couldn't even afford to put my property in his name," he says, explaining the legal costs would be too high.

Like many Greeks, Georgios Nikolaou gets hot under the collar if you ask him about the cost of motorway tolls. He has the misfortune of having to pass a toll booth when he transports his olives to a nearby olive pressing plant. The booth charges €2.60 on his way there and again on the way back. "During harvest time I have to travel to and fro three times a day," he says. Those who live very close to the toll booth do not have to pay the fees but Nikolau lives a couple of kilometers too far away.

Like countless of his compatriots, Nikolaou used to lift the barrier and drive his car through without paying. He did that for more than a year, in the days when it wasn't forbidden. Even the local mayor, a famous actor, allowed himself to be photographed sawing through the barrier. But times have changed. Now there are fines of up to €200 and a ten-day driving ban for not paying at toll booths. These days he pays up, grudgingly.

And the olives? How will things work out for him and his wife? The farmer shrugs his shoulders. He still has 3,000 liters of olive oil stashed away, after all, maybe the price will rise again, or perhaps someone will come from abroad who wants to buy his oil, or … silence. He simply doesn't know.

Nikolau says he had always thought he would travel when he reached his mid 60s, see a bit of the world. "But how? Without money?" he says, adding that they can't even afford to travel to visit their three children and their one grandchild in Athens, just 200 kilometers (124 miles) away.

"There are five toll booths on the way." 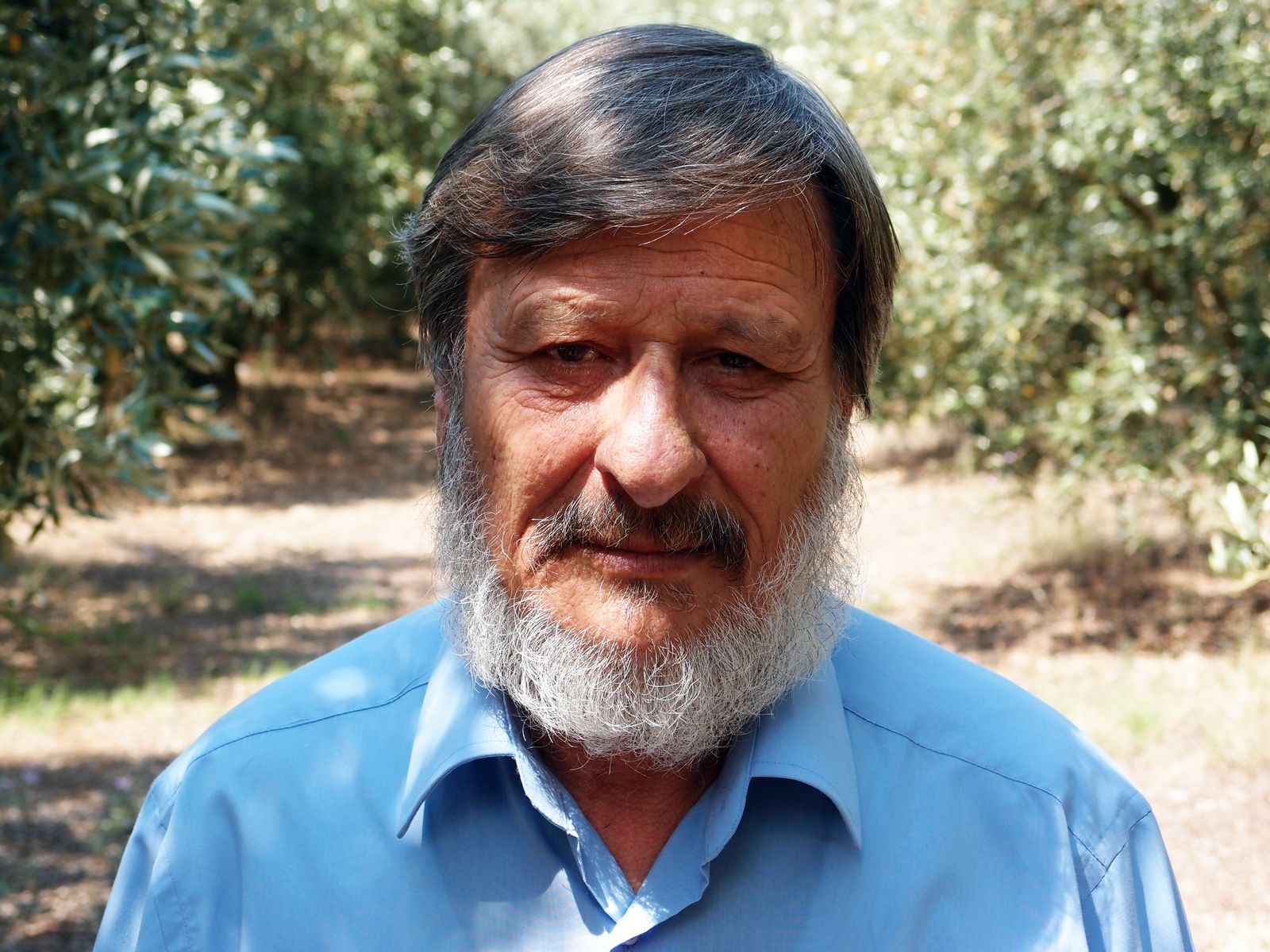 "I love nature, the trees and the olives, but I must be a total fool," says farmer Georgois Nikolaou.