What Martijn Nouwen was requesting touched on one of the European Union’s best-kept secrets. The Dutch scholar of jurisprudence wanted access to all documents – meeting minutes, working papers, table documents and emails – about how European Union member states implement and monitor multimillion-euro tax deals with international corporations.

Nouwen’s tool: EU Regulation No. 1049/2001. It guarantees citizens of the EU the "widest possible access" to all documents in the possession of the European Commission, the European Parliament and the Council of the member states – as easily as possible. Unless there are important reasons for keeping such documents secret, such as public security or the need to protect private data.

What happened after Nouwen submitted his request, though, was anything but "widest possible access." Instead, he came to the realization that the Commission simply deletes huge volumes of emails and other documents that are more than six months old. The Commission essentially decides itself what information is retained and what is allowed to reach the public eye – based on dubious criteria.

According to those criteria, text messages and other instant messages are broadly categorized as not for public consumption. According to the Commission’s viewpoint, they are essentially "short-lived," and thus not worth saving.

When Nouwen submitted his request, he assumed hundreds of documents would fall under its scope. From the perspective of the Commission, though, it was precisely three. And following a review, the EU executive body informed Nouwen that it would only be able to send him one.

Nouwen had been hoping to find documentation pertaining to "advanced pricing arrangements," tax rulings that are one of the preferred methods deployed by countries like Luxembourg, Ireland and Malta to attract multinational corporations with low tax rates. But in its 34-pages of correspondence with Nouwen, the European Commission claimed it didn’t possess even a single email on the matter.

According to internal rules, Commission employees must upload documents to an electronic register called Ares, but only those that contain "important information" and are not "short-lived." Everything that isn’t uploaded to that register or saved in a personal file falls victim after six months to an automated system of "instant mass-deletion" that has been in place since July 2015.

When asked, the Commission couldn’t even provide an estimate of how many documents have disappeared for good since then. This October alone, the Commission says, its staff received almost 75 million emails. A spokeswoman couldn't say how many of those had been deleted. But given the overall amount, that figure is likely to be at least in the thousands.

It seems likely that some important documents might be among them. For example, one journalist recently requested the release of text messages between Commission President Ursula von der Leyen and Albert Bourla, the CEO of the pharmaceutical company Pfizer. According to a report in the New York Times, the two had been in frequent contact by phone and text message for over a month as they tried to wrap up a deal, announced in May, to buy 1.8 billion doses of the coronavirus vaccine.

The Commission, however, stated that it is not in possession of those communications at all. Texts and other short messages are by their "nature a short-lived document which does not contain in principle important information concerning matters relating to the policies, activities and decisions of the Commission," wrote Ilze Juhansone, the Commission’s secretary-general. In that respect, "the Commission record-keeping policy would in principle exclude instant messaging." This means that if the Commission wants to keep something in the dark, it can simply use WhatsApp.

The spokesperson didn't answer the question as to whether von der Leyen's messages to Bourla were deleted, whether they still exist or whether the Commission just doesn't know. And that principle still applies today, a Commission spokesperson confirmed when asked by DER SPIEGEL and its international partners. After all, the spokesperson said, "there are no technical means to capture text messages." However, in its internal rules issued in 2015, the Commission itself wrote that important texts and similar messages should be copied into a mail or registered in some other way.

Whether the Commission’s actions in this regard are legal is at least questionable. Under EU rules, it must make available, with some exceptions, all documents in its possession "relating to policies, actions or decisions" within its remit – and not just the things that are in the Ares database, as Nouwen points out.

Berlin-based European law expert Alexander Thiele is also critical of the Commission’s arguments. "The blanket denial of the political or legal relevance of text messages is, in my opinion, more than legally questionable," the lawyer says. Thiele adds that it is also questionable whether the automatic deletion of unregistered emails is permissible. It may not make sense to enter everything into the database, he says, but internal rules cannot be allowed to undermine the regulation on access to documents. Indeed, that regulation suggests that a different approach must be adopted: "General registration, unless the messages are actively moved to a private folder," Thiele says.

It’s a problem that extends beyond the Commission, of course. The fact that little has come to light despite many years of work conducted on the tax loopholes and other issues by the Code of Conduct Group is primarily due to the EU member states. They even circumvented a ruling by the European Court of Justice, which in 2011 ordered the European Council to disclose the negotiating positions of individual member states.

"One would have thought: game over," says EU Ombudsman Emily O’Reilly. But then the Council simply stopped recording member states’ positions. "If you don’t have a document which says Ireland said this and Germany that," O'Reilly says, "you cannot release it."

Through his persistent urging, Nouwen ultimately managed to obtain more than 2,500 documents from the European Commission on the work of the Code of Conduct Group, including many of the questionable advance pricing arrangements. But many other documents – such as emails that Nouwen knows existed because other documents refer to them – could no longer be found, according to the Commission.

Whether that is illegal would ultimately have to be determined by the European Court of Justice. Currently, however, there is no action pending there. The Commission says that its practices have never been challenged before any court.

Still, the matter could get uncomfortable for von der Leyen. For one thing, it’s not the first time the head of the Commission has found herself in hot water over the disappearance of text messages. In late 2019, it emerged that text messages had been deleted from two of the official mobile phones she used during her time as Germany’s defense minister, leading to a criminal complaint against von der Leyen and trouble with an investigative committee in the German parliament that had requested the text messages as evidence.

Now, von der Leyen finds herself facing official scrutiny again. Her office’s response to the text messages between the Commission chief and Pfizer CEO Bourla prompted the submission of a complaint to the EU’s ombudswoman Emily O’Reilly.

Recently, a meeting was held between O’Reilly’s staff and representatives of the Commission. O’Reilly is expected to release a report about it next week. Back in July, the Irishwoman wrote to the Commission and seven other EU institutions inquiring about how they handle documents, particularly chat messaging services like WhatsApp. The deadline for responses is this Monday.

Still, it’s questionable whether the investigation will ultimately have any effect – because this wouldn’t be the first time that the text messages of an EU leader disappeared without there being any consequences.

In late 2019, a request was issued for the release of mobile text messages and other messenger texts from then-EU Council President Donald Tusk. His staff also replied that they no longer had the messages. O’Reilly received a complaint, but ultimately didn’t find any evidence of maladministration. The ombudswoman says she had to assume that the European Council actually didn’t have Tusk’s text messages. The complainants ultimately failed to convince her otherwise. 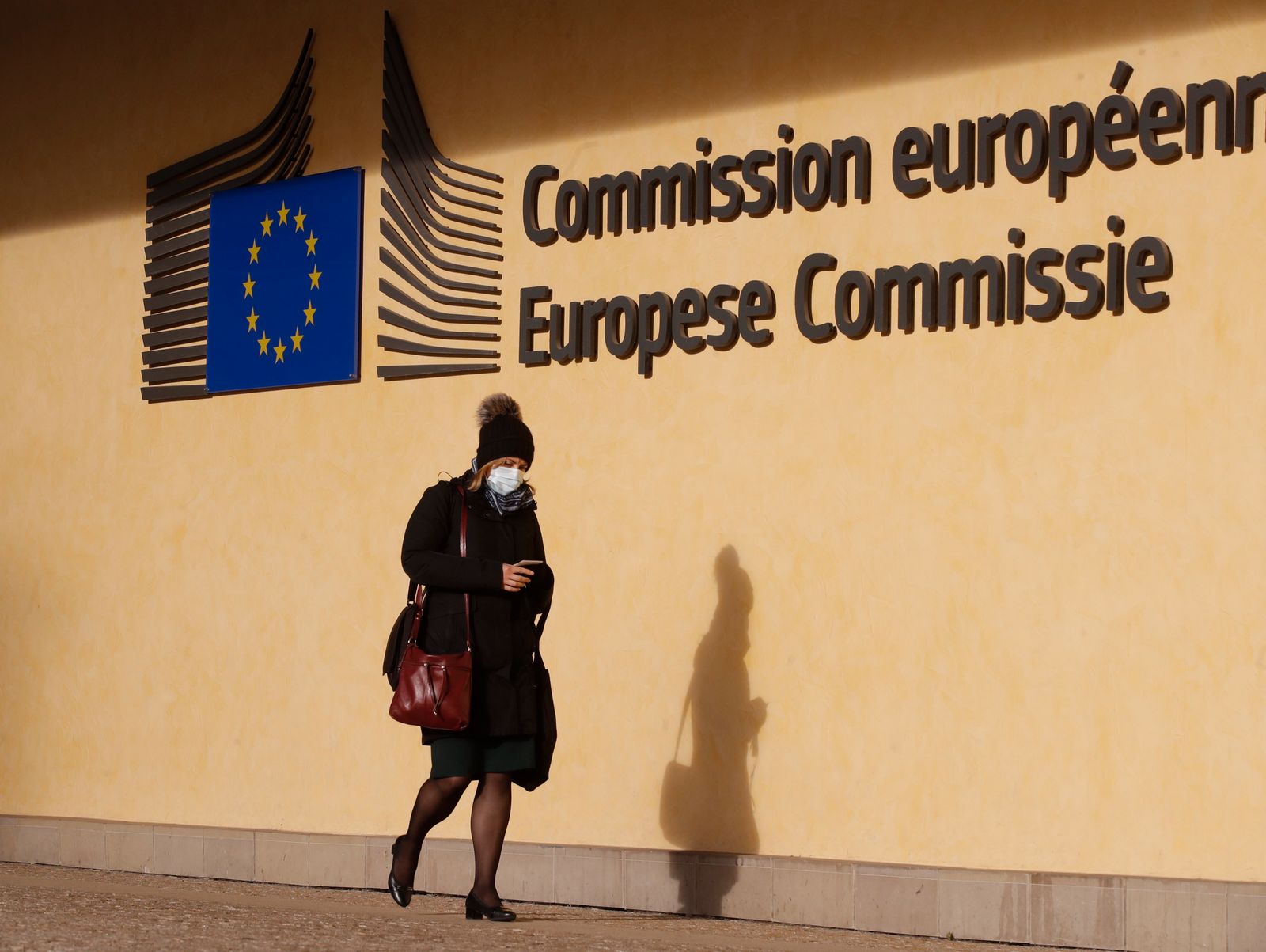 The headquarters of the European Commission in Brussels: "Short-lived documents" 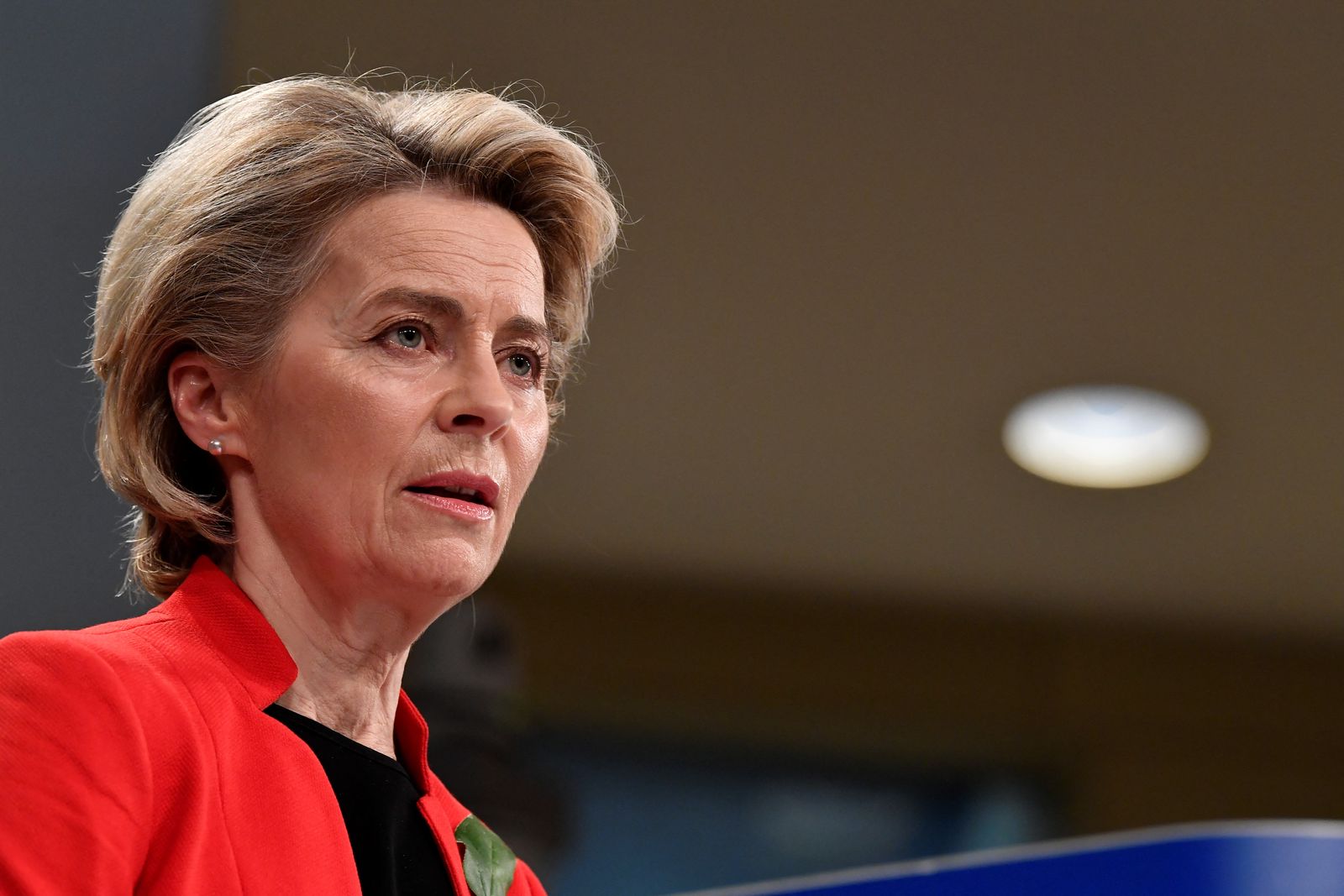