The Alte Oper concert hall in Frankfurt has seen many a great performance. But rarely has there been such a sharp divide between the harmony being portrayed on the stage and the drama taking place behind the scenes than there was last Wednesday.

Europe's leaders had only just presented themselves to their guests as a picture of unity, amid speeches praising the outgoing president of the European Central Bank (ECB), Jean-Claude Trichet, before the sparks began flying in another part of the building. Unfortunately, the German chancellor told a group of stunned men, she would not be able to make a decision on the euro bailout fund at the European Union summit on the following Sunday, because she needed the approval of the German parliament, the Bundestag, first. But because this approval was not to be expected, Chancellor Angela Merkel, a member of the center-right Christian Democratic Union (CDU), proposed postponing the meeting of the 27 heads of state and government.

European Council President Herman Van Rompuy protested, saying a postponement was absolutely out of the question, if only out of consideration for the other member states. "This is the last exit on the highway," French President Nicolas Sarkozy said excitedly. "If we don't reach a decision now, we're dead."

But it was of no use. By the end of last week, it was clear that the decisions would be postponed. Grudgingly, the majority of the EU was forced to follow the Germans' lead.

But it is now clear that the German approach to establishing more democracy in Europe is making policies to solve the euro crisis even more complicated. Political constraints in Berlin have now been added to the pressure the financial markets are exerting on the players in Brussels and other European capitals.

It is a classic conflict between the need for flexibility on the part of governments, on the one hand, and parliamentary control, on the other. The German government needs leeway to enable it to react quickly, in concert with colleagues from its partner countries, to crisis-like aggravations in the financial markets.

The German Bundestag, for its part, is equally determined to ensure that its right to control the budget is not undermined. After all, the German government is juggling astronomic sums which, if they ever come due, will substantially limit the financial leeway of future generations.

The complication is the result of a ruling by Germany's constitutional court, which grants the Bundestag a substantial say in crisis measures. But the German government is also at fault. To convince euro skeptics in its own ranks to approve the bailout fund, it allowed the parliament to give itself far more influence than required by the judges on the constitutional court in the southwestern city of Karlsruhe. The budget committee is now authorized to participate, at an early juncture, in almost every measure taken by the bailout fund.

The first test of the new crisis procedure already proved to be problematic. In the past, the heads of state and government approved measures at EU summits that then had to be ratified in the national parliaments. But now, under the new German laws, Germany's representatives will have to follow the parliament's instructions. As a result, the chancellor will now have to enter the negotiations with her hands more or less tied.

The outcome became clear in last week's conflict between Germany and France over the configuration of the European Financial Stability Fund (EFSF). The governments of the two countries were sharply at odds over how to boost their financial strength, when members of the German parliament began getting involved. The first, on Wednesday morning, was Free Democratic Party (FDP) floor leader Rainer Brüderle, who said that his members of parliament would not address the summit until it was clear what exactly was to be decided there. Brüderle and his CDU counterpart Volker Kauder had agreed to convene the members of parliament in the two coalition parties for a special meeting on Friday.

This would not have been required, but the parliamentarians are so suspicious of the government that they wanted to discuss the issue one more time. As long as there was no German text, Brüderle said, he would not convene the members. Kauder agreed.

On Thursday morning, the members of parliament initially found the English version in their in-boxes. No one needed a translation to recognize that the critical question had not been answered: How should the EFSF funds be used to achieve the greatest possible impact? A question that -- because it had not yet been fundamentally decided -- had not been addressed in the guidelines.

Kauder and Brüderle knew that they could not take this to their parliamentary groups. Instead, the CDU parliamentary leader spoke with Merkel and made it clear to her that there would be no approval under these circumstances. In the past, contentious questions were often left unresolved until the summit meeting. But this process no longer works in the crisis, because Germany will first have to obtain the approval of the Bundestag on such decisions.

Merkel considered cancelling the summit altogether, hoping it would spare her the humiliation of having to explain to her counterparts that she, as the head of the government, was unable to make any decisions.

The consequence was unprecedented confusion. Council President Van Rompuy spent all day Thursday on the phone with Merkel and Sarkozy, trying to find a way out of the jam. When the media first reported that Merkel wanted to cancel the summit altogether, other member states were furious. Italy and Spain were particularly incensed, saying that it was unacceptable that some countries were doing their homework and launching radical austerity programs to bring calm to the markets, while Berlin was unsettling investors with its decision-making processes.

Van Rompuy finally managed to convince Merkel and Sarkozy to meet with the heads of state and government on Sunday, after all. But the decision on the bailout fund will not be made until Wednesday, during a second meeting of the 17 euro-zone governments, provided Germany and France can come to an agreement by then. This is not what good crisis management looks like, nor does it send a convincing signal to the markets.

Instead of delivering a long-awaited solution, Europe merely exposed itself to ridicule in the last week. European Council President Van Rompuy had to call Chinese Prime Minister Wen Jiabao to cancel the EU-China summit scheduled for early this week. In a videoconference with Merkel and Sarkozy, United States President Barack Obama urged them to reach an agreement quickly, in the interest of a functioning global economy.

Luxembourg Prime Minister Jean-Claude Juncker pins part of the blame for Europe's disastrous image on Germany. "The pace of organization in Berlin is slower than in other capitals," Juncker complains. He certainly understands the budget law of the Bundestag, the head of the euro group says, "but this cannot result in the EU not being able to react as quickly as is necessary."

Leaders like Juncker seeking to rescue the euro already fear that such double summits could become the rule in the future, because of the Germans. "The Bundestag cannot decide on every little detail in advance, because negotiations sometimes continue until the very end of the summits," says Juncker.

Others fear that parliaments elsewhere in the EU could emulate the Bundestag and make similar demands. "If such a difficult parliamentary process takes place in the 16 other euro countries, or even in the Triple-A (rating) countries," warns German EU Commissioner Günther Oettinger, "Europe will no longer be sufficiently capable of taking action."

Parliament Refuses to Delegate Power of the Purse

A solution to the problem is not in sight, either. Until now, it was often the case that Germany, France and other partners had different interests on important issues. Europe is built on compromises, which are often reached only at the last minute during summits. The EU could not have continued to develop under a different system.

In the past, the parliament only had the power to approve or reject the complex decisions made at these summits. Ironically, this principal appears to have been suspended when it comes to rescuing the euro. The Bundestag does not wish to simply delegate its most important instrument, the power of the purse. For this reason, it is right in demanding a say in important decisions.

On the other hand, speed is particularly important in crisis situations, when there is sometimes no time for protracted democratic procedures. This is a problem for which there is no clean solution in the complicated structure of the EU, in which the European Parliament does not have the same rights as a national parliament.

The new German legal position leads to a paradoxical situation. Although the Bundestag has more rights with respect to the EFSF, its fundamental dilemma remains unchanged. In the past, governments negotiated compromises at their summit meetings, but now they'll have to do so ahead of time. For members of parliament, nothing has really changed. If they reject the deal, there will be no agreement within Europe, which would be a political disaster for the administration.

There is now a new hurdle in Germany's European policy, but not necessarily more democracy. 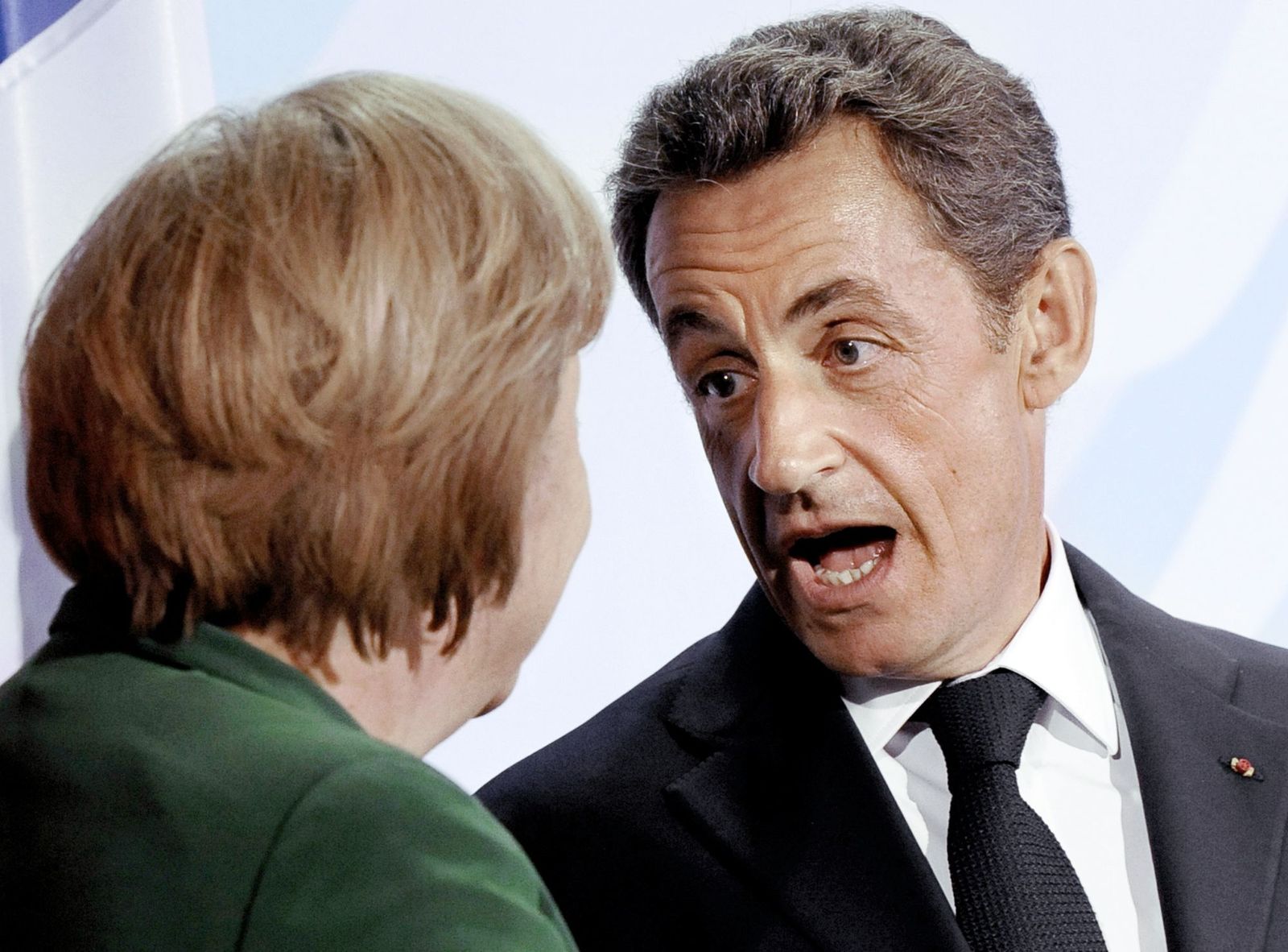 This week's euro crisis summit hasn't only been hindered by a difference of opinions between Berlin and Paris: New proceedures in the German parliament have tied Chancellor Angela Merkel's hands to a degree.