During the first official day of her visit to China, German Chancellor Angela Merkel sought support from Beijing for European Union sanctions against Iran and for aid in solving the common currency crisis that burdens the European economy.

Acknowledging that officials in Beijing do not consider the European Union's embargo on Iranian oil imports to be the correct course of action, Merkel said she "hopes that China will assert its influence so that Iran will not become a nuclear power."

"We are united on the issue that we do not want a nuclear program in Iran," the chancellor said.

Merkel said the contradictions between European and Chinese policies could not be overcome immediately, but she attempted to make Europe's assessment of the situation in Iran clear to Chinese Prime Minister Wen Jiabao during a meeting with the leader. The Chinese have rejected sanctions against Iran.

Merkel also said she planned to address issues of human rights in China, a prickly subject in the past that has created tensions between Germany and Beijing, as well as the crises in Iran and Syria.

It was the euro crisis, however, that is leading her agenda in the country. On Thursday, Wen offered the prospect of China providing more money to the euro bailout mechanisms -- both the European Financial Stability Facility (EFSF) and its successor, the European Stability Mechanism (ESM) -- but he offered no concrete agreements. Instead, he called on the Europeans to implement greater reforms.

Europe's own efforts, he said "are decisive in this issue." He said Europe must reduce its debts and implement structural reforms. But he also described it as "urgent and important to resolve Europe's debt crisis," noting that the Continent is of "strategic importance" to China. He said it was particularly important that a positive economic dynamic return to the euro zone.

German Chancellor Merkel said Europe was "on the right path" with its reforms, adding that austerity and growth are not mutually exclusive.

Since the start of the crisis, China has repeatedly announced it would help Europe, including efforts to purchase Greek government bonds. However, most of those pledges haven't been firm -- and the government did not offer the billions in aid that many had been hoping for on Thursday. With around $3.2 trillion (€2.4 trillion), China has the world's largest foreign currency reserves.

On Thursday, Wen said that China is "investigating and evaluating ways, through the IMF, to be more deeply involved using the ESM and EFSF channels in solving the European debt issue."

Already in October, the Chinese government said it would consider participating in the EFSF, and at the time EFSF CEO Klaus Regling described China as a "loyal customer" of the fund. So far, around 40 percent of the fund's bonds have been purchased by Asian investors. But China still has not made any concrete commitments, despite a visit by Regling to Beijing to promote the fund.

In a speech on financial and currency policy given at the Academy of Social Sciences in Beijing, Merkel sought on Thursday to rebuild trust in the EU in China. She said the EU must adapt to a competitive situation that has become more difficult, but that the euro had made the EU stronger. In Beijing, Merkel also planned to provide details on the European fiscal pact agreed this week by all EU countries except Britain and the Czech Republic that would require greater budgetary discipline in each member state.

But even in the run-up to the chancellor's trip, Chinese experts sought to dampen expectations that China might undertake any kind of mass buy-up of European government bonds. The Global Times, an English-language Chinese newspaper that is owned by the Communist Party's People's Daily newspaper, quoted researcher Shen Jiru of the Institute of World Economics and Politics at the Chinese Academy of Social Sciences as saying that Europe would first have to show a willingness to reform the current financial system before investments could be made. He also said Europe needed to find new ways to spur economic growth.

"The European Union has a unified currency, but it doesn't have a unified finance system to ensure every country sticks to its promise to cut their deficits," the researcher said. "Pumping in more capital will not fix the problems." He added that even if the EU is unable to fix its loopholes on its own, China cannot really step in and inject funds easily.

On Friday, Merkel is also expected to meet with President Hu Jintao, who is head of state and of the Communist Party, before traveling to Guangzhou in the Canton province of southern China. Diplomats have stated that Wen Jiabao will accompany the chancellor during the second leg of her trip to Guangzhou as a "special gesture." 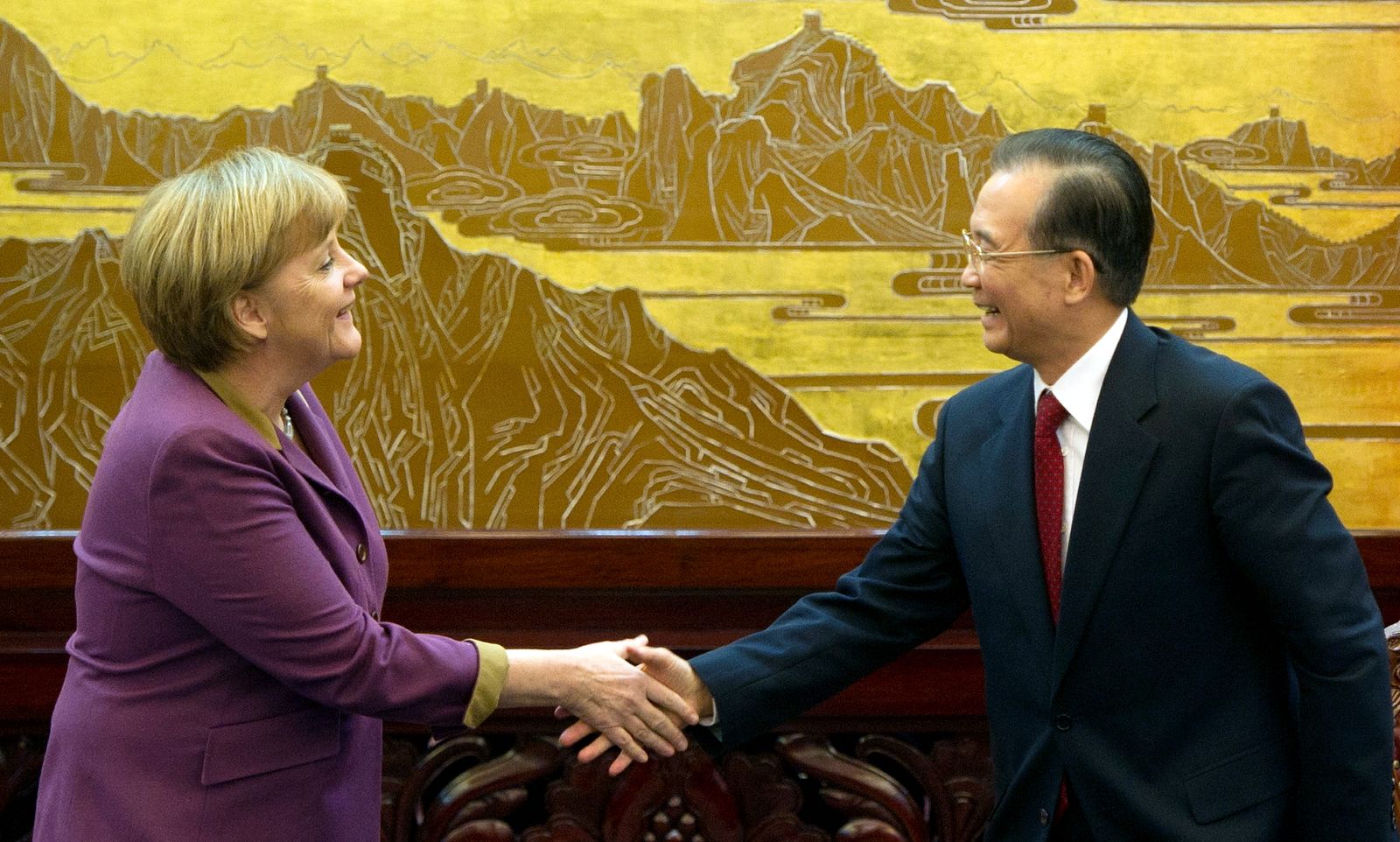