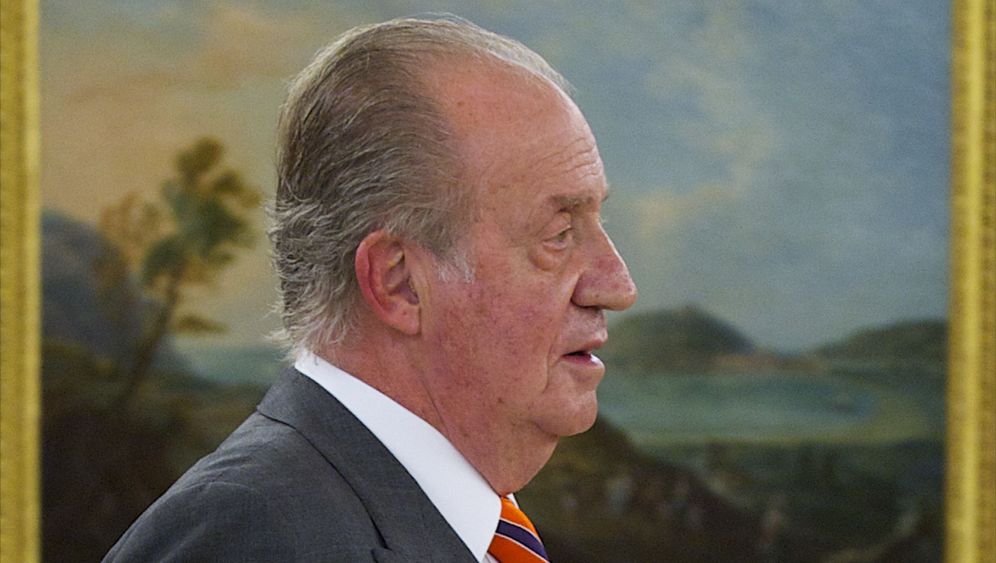 It isn't clear whether the deal is still on, after all the scandals. But more than 30 years ago, there was a tacit agreement between the Spaniards and their king: On the one hand, Juan Carlos was to embody the unity of a nation that struggles with unity; on the other hand, he was to ensure that Spaniards would not have to feel ashamed for their royal family.

Juan Carlos, at least on the face of it, was supposed to have an exemplary and preferably uneventful marriage with Sofia as well as to ensure that his son, Crown Prince Felipe, stayed out of trouble. In return, every Spaniard stood behind the king and staunchly defended him against all criticism.

There was something deeply Spanish about this agreement. It was as much a part of the country as the Spaniards' preference for eating lunch late or their inability to make decent cars. The press adhered to it, politicians adhered to it, and so did labor unions, representatives of the church and even those who secretly saw Juan Carlos as Spain's costliest loafer. No one criticized the king. He stood above the fray, even if he sometimes said some ridiculous things. Germans might liken Spain's relationship with Juan Carlos to their relationship with former Chancellor Helmut Schmidt.

Something Changed in Spain

Most Spaniards heard about Corinna for the first time about a year ago, when their king broke his hip in Botswana. After telling his people how thinking about youth unemployment was depriving him of his sleep Juan Carlos, the honorary president of the Spanish arm of the World Wildlife Fund (WWF) at the time, decided to go elephant hunting. People were outraged. Later he did something very unusual: He apologized. Corinna co-organized the hunting trip, further fueling rumors that she was more than just a good friend. Something changed in Spain at that moment. If there had been any criticism of the royal family until then, it was directed at the sons-in-law. One had obtained a divorce from Juan Carlos' daughter Elena and apparently had a cocaine problem, while the other is embroiled in a corruption scandal.

But now Spaniards were also talking about the monarch himself. Books appeared that were critical of the monarchy. One book, for example, deals with Queen Sofia's stoic suffering in the face of her husband's many affairs. Suddenly the crown prince was more popular than his father. Almost half of Spaniards now feel that Felipe should take over the throne.

Questions are also now being raised over whether Juan Carlos may not have been more involved in the life of his accused son-in-law, Iñaki Urdangarin, than the royal family wants the public to believe. Finally, the court also has e-mails linking Urdangarin with the king's friend Corinna. Then Corinna made everything much worse by giving three major interviews, in which she reaffirmed her friendship with the king and denied having anything to do with any fraudulent unpleasantries. Unfortunately, she also mentioned that she had performed "sensitive and confidential" assignments for the Spanish government, because of her good connections. It's a thought that scares many Spaniards. Although the government promptly denied the claim, the intelligence chief has been called to testify on the matter before a parliamentary committee.

A Symbol of Democracy

It seems likely that Juan Carlos is currently going through a similar experience to the rest of his country: Both Spain and the monarch are awakening from a dream, and a very nice one at that. Not all that long ago, Spain was considered a European paragon, with its dynamic economy, modern cuisine and off-the-wall construction plans.

Juan Carlos certainly knew that Spaniards were not necessarily monarchists, partly because his predecessor Charles IV practically gave away the country to Napoleon in 1808. But they were also grateful. After the Franco dictatorship, Juan Carlos had supported the path to democracy and courageously opposed the 1981 military coup, at least according to the official account.

For that reason, no Spaniard would hold the dry Christmas addresses against the king, or the luxury ski trips or sailing voyages. Not even the €34 million in upkeep for his palaces and gardens. To them, he was a symbol of democracy, not the crown.

But now Spain and its king are experiencing an uncomfortable reality check. The crisis has shown the country where it certainly does not stand: among the top countries in Europe. And Juan Carlos, too, was suddenly left with the realization that while the Spaniards are patient and grateful subjects, they are not fools.

Which explains why an idea could soon resurface that has been rattling around since the elephant safari: Might it be time to dissolve the Spanish monarchy?