The same verdict was repeated 25 times: guilty. But it wasn't just the accused who were being condemned -- the court's decision was also an unmistakable verdict on American anti-terrorist practices under former US President George W. Bush.

In the world's first trial involving the CIA's "extraordinary renditions" program since the Sept. 11 terror attacks, a court in the Italian city of Milan delivered a clear verdict. A total of 23 US agents were convicted in abstentia and sentenced to prison terms over their role in the 2003 kidnapping of the Islamist Abu Omar. Twenty-two of the Americans were given five year terms while the former Milan CIA station chief Robert Lady was sentenced to eight years in prison. Three US citizens were acquitted, with reference to their diplomatic immunity. 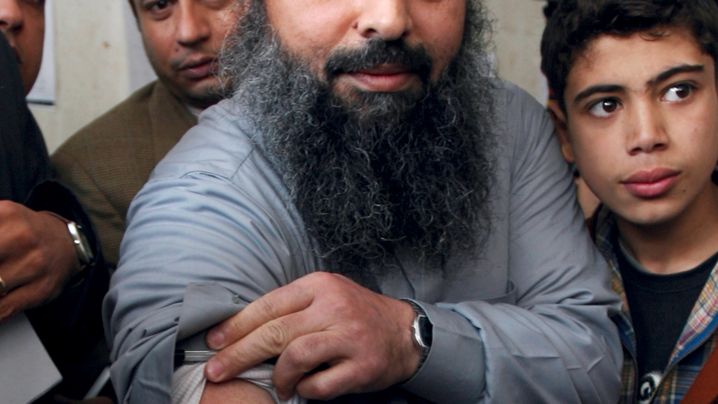 Italian agents were also indicted in the case, but it was harder to prove their involvement in the kidnapping. Two of them were convicted of complicity in the abduction and sentenced to three years in prison. Five more had to be acquitted, as evidence which documented their cooperation with the American agents was classified as secret and could not be used in the trial. The court also ruled that the convicted parties must pay a total of €1 million ($1.5 million) in damages to Abu Omar and €500,000 to his wife.

The Egyptian Islamist Abu Omar was abducted on Feb. 17, 2003 while he was living in Milan. Omar was seized in broad daylight on the open street, pushed into a white van, taken to the Aviano military airport and then flown to Egypt via the US Ramstein Air Base in Germany. In Egypt, he was held without being charged and without access to a lawyer. Omar, who was only released on Feb. 11, 2007, claims he was tortured by local investigators during his detention.

The case only attracted international attention when the Italian prosecutor Armando Spataro began looking into the background to the abduction. Spataro spent five years putting together the pieces of the puzzle; hardly ever has a covert CIA operation been reconstructed in such minute detail. In the process, Spataro experienced just what the consequences of such a commitment to the truth can be. His communications were monitored, the Italian intelligence service placed him under observation and there were even investigations into whether he had betrayed state secrets. The government tried again and again to silence him.

"This trial will also show whether the political powers-that-be in Italy today are in a position to influence independent investigations -- and whether a public prosecutor is still allowed to prosecute a criminal act as such," Spataro said ahead of the verdict.

Following the court's decision Wednesday, he said he was "very satisfied." Even if in all likelihood none of the US agents will ever actually have to go to prison, given that they live outside Italy, "the message is clear," Spataro told SPIEGEL ONLINE. "Terrorism must be combated within the framework of existing laws." He now hopes that in the US, "members of Barack Obama's government will take this ruling as an opportunity to investigate and make public what happened in relation to the secret CIA abductions."

For Spataro, the most important thing is the conviction itself -- even if Judge Oscar Magi delivered sentences that were much less severe than those the prosecutor had demanded. Spataro had actually called for 13 years imprisonment each for the then-CIA station chief in Rome, Jeff Castelli, and Nicolo Pollari, the former head of the Italian military intelligence service SISMI. The former CIA station chief in Milan, Robert Lady, was supposed to get a 12-year prison term. Although Lady opposed unlawful abductions, he still coordinated them nonetheless.

Lady had protested his innocence in an interview with the Il Giornale newspaper in June. Abu Omar's abduction was not a criminal operation, he argued, but a state affair conducted in the name of the war on terror. "I was a soldier  I could not discuss the orders I received," he was quoted as saying.

Arianna Barbazza, a Milan-based lawyer appointed by the court to defend Lady, called for an acquittal for him and 11 other US agents that she represented. "If they are convicted, then people will have been convicted who were simply following orders," she told SPIEGEL ONLINE before the announcement of the verdict. "In this sense, this trial is therefore a political trial."

"This was no gang of bandits who kidnapped an Arab," Barbazza said. "They were acting on orders."

Spataro had offered to make a deal with Lady if he testified as a witness against the CIA. But the former agent could not and would not accept the offer -- even though his former employer provided him precious little support in the trial. Lady was refused a lawyer and generally treated as if the trial in Italy was not taking place. On Wednesday, a spokesman for the US State Department said little more than: "We are disappointed by the verdicts."

For the CIA, it is quite clear how explosive the Italian case is for them. At the outset of the investigation, all Spataro had was a list of over 10,000 different cell phone calls. Using that as a basis, and with the help of meticulous research, he produced the entire indictment. At the beginning he believed that only the CIA was involved in the operation -- at the end seven Italian agents also stood in court.

The length of Spataro's final speech to the court alone showed just how extensive his investigations had been. The first part at the beginning of October lasted seven hours by itself, the second part almost nine. He described the course of the investigation to the court using an elaborate PowerPoint presentation. "Otherwise nobody would have understood it," he said.

His opponents have repeatedly tried to stop him. Spataro also investigated the actions of his own government. During the trial, he revealed details of the cooperation between Italian and US intelligence. In March, the Italian Constitutional Court ruled, at the behest of Silvio Berlusconi's government, that all the documents which concerned relations between the intelligence services were state secrets. This was a serious blow for Spataro, as it meant he could no longer use much of the evidence relating to the involvement of Italian agents in the operation. That evidence included recorded phone calls and the testimony of several witnesses, including the former SISMI boss Gianfranco Battelli. Battelli had said that Jeff Castelli, the then-CIA station chief in Rome, had asked him in a conversation to cooperate with the kidnapping of terror suspects.

Nevertheless, Spataro presented other evidence for cooperation between the intelligence services during the trial, for example a statement by the Italian Carabinieri police officer Luciano Pironi. He had stopped Abu Omar on the street and asked to see his identification papers before the US agents attacked the Islamist with irritant gas. Pironi testified that Robert Lady himself had asked whether he could help with the operation. Lady had told him that there was an agreement between the CIA and SISMI about the planned kidnapping, Pironi said. A former colonel from the Italian intelligence service also confirmed that SISMI was involved in planning the operation.

This raised a number of important questions for the Milan trial. Should the colonel's statement also be classified as secret? How far can the state secrecy law go? Which documents does it actually apply to? In his closing statement, Spataro gave a simple answer to those questions: "State secrets can not be used in a democracy as a pretext to conceal a criminal act."

The defense attorneys had attacked the prosecutor by saying his whole case was inadequate and was based on a permanent violation of state secrets. They had called for acquittals across the board.

In that respect, Judge Magi did not only decide on Wednesday about the guilt or innocence of the Italian and American agents and not only about the legality of kidnapping in the fight against terrorism. He also delivered a verdict as to whether a European government can use the pretext of state secrets to avoid being accountable before the law. 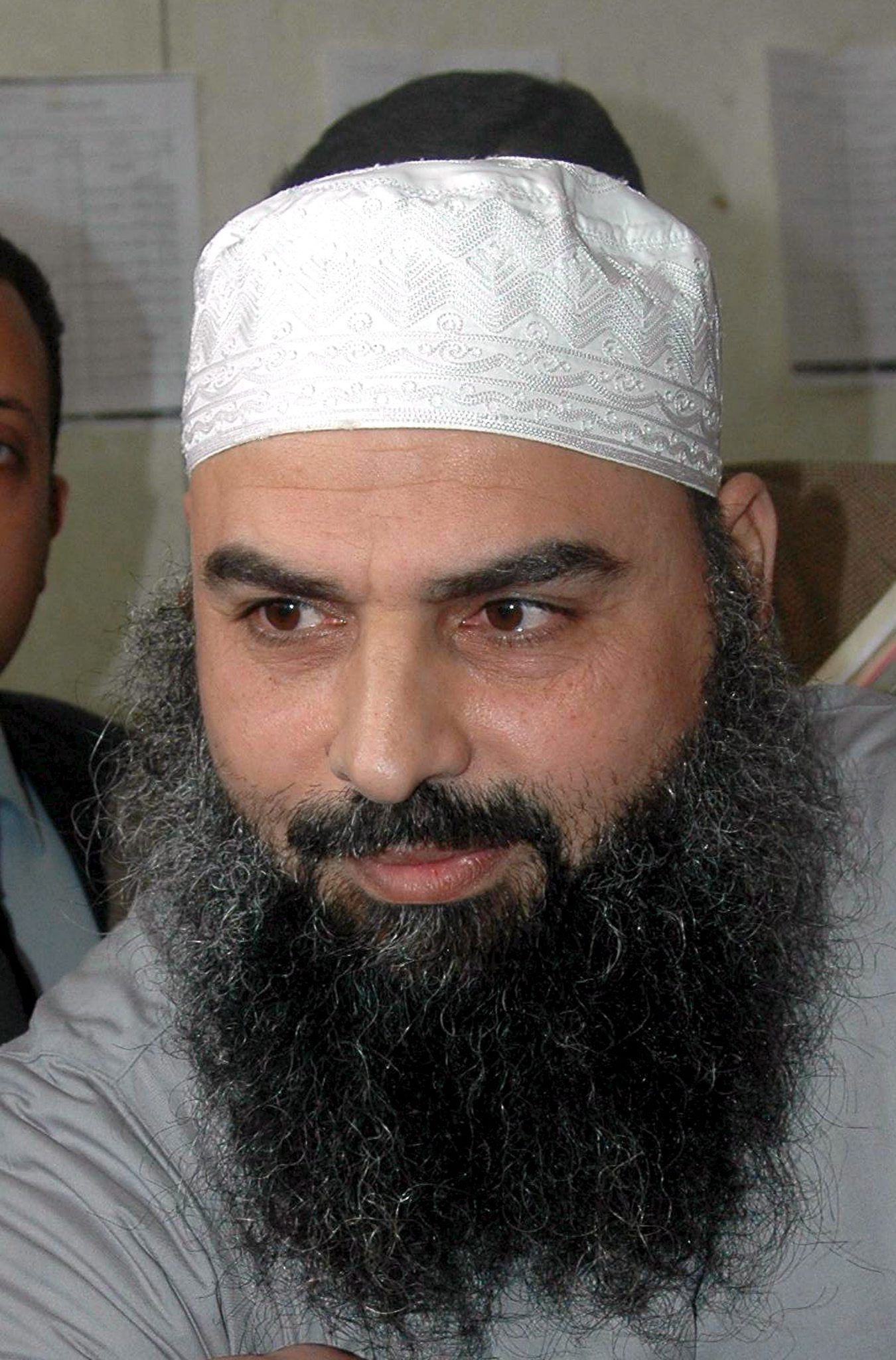 Omar was seized in broad daylight on the open street in Milan in February 2003, pushed into a white van, taken to the Aviano military airport and then flown to Egypt via the US Ramstein Air Base in Germany. In Egypt, he was held without being charged and without access to a lawyer.

Omar was seized in broad daylight on the open street in Milan in February 2003, pushed into a white van, taken to the Aviano military airport and then flown to Egypt via the US Ramstein Air Base in Germany. In Egypt, he was held without being charged and without access to a lawyer.