France still has top AAA marks with all three major ratings agencies, but market players have been asking themselves for some time how long that will remain the case.

In mid-October, Moody's warned the French that their high credit rating was at risk. On Thursday, ahead of the accidental downgrade by Standard & Poor's, the French newspaper La Tribune quoted former presidential advisor Jacques Attali as saying, "Let's not pretend, the financial markets don't see French debt as AAA anymore."

Dwindling investor confidence is become increasingly evident. Risk premiums, which France has to pay to buyers of its state bonds, are clearly rising. Meanwhile, the country has to offer 1.5 percent more interest than Germany -- the biggest difference in 20 years and a clear signal of flagging investor sentiment. If France looses its AAA status, it will become even more expensive for the country to borrow money.

Behind the market volatility surrounding French bonds lie concrete problems. Even Prime Minister François Fillon has spoken openly about the risk of bankruptcy. "The word bankrupt is not an abstract term anymore," he said as he presented the country's second cost-cutting program a week ago Monday. In total, he wants to save almost €65 billion ($86 billion) between 2012 and 2016. He plans to raise value added tax and levy a tax on the rich while cutting state expenditures.

But will that be enough to ward off the crisis? Every new austerity measure introduced risks further slowing the economy. In its most recent estimates, the European Commission, the European Union's executive, predicted that the French economy will grow a mere 0.6 percent next year. The budget deficit is also only expected to sink slightly, despite the new savings plan, falling from 5.8 percent to 5.3 percent of gross domestic product.

The French economic research institute OFCE outlines an even less appealing scenario. If France sticks to its savings plans, the national economy will shrink by 0.5 percent, according to economist Eric Heyer. He also maintains that if all the EU countries undertook austerity measures at the same time, the French economy could contract by 1.7 percent.

Meanwhile, the country's mountain of debt is likely to grow. Currently, France has debts totalling €1.7 trillion ($2.3 trillion), representing around 85 percent of its total economic output. The European Commission forecasts suggest that figure will swell to 90 percent of GDP in 2012. That would still be far lower than Greece's debt-to-GDP ratio of 160 percent and significantly less than Italy's 120.5 percent, but nonetheless higher than the 60 percent allowed in the Maastricht Treaty provisions aimed at guaranteeing the stability of the euro. Germany also exceeds the Maastricht limit, with the current national debt representing about 82.5 percent of economic output.

France's large deficit makes it the most vulnerable among Europe's AAA nations. Germany, Austria, the Netherlands, Luxembourg and Finland, the other countries with a top-notch rating, all have much lower budget deficits and smaller national debt piles.

Things could still get worse. France's leading banks invested large sums in Europe's crisis regions. The hair-cut deal already sealed on Greek debt will likely mean that the government has to pump additional capital into the country's financial institutions.

If Italy begins to have solvency problems, vast amounts of money would be needed to rescue flagging French banks. According to data from the International Bank of Settlements (BIS) provided in mid-2011, French financial institutions held outstanding Italian government debt to the tune of €106 billion.

This all sends a bad message about France's creditworthiness. If the country loses its top rating then all the efforts planned so far to rescue the euro would be jeopardized. The euro rescue fund, the European Financial Stability Facility (EFSF), is built on the basis of having two major countries with top credit ratings who can help guarantee the debts of other euro-zone members. The two countries underpinning the EFSF are Germany and France.

The only reason these two core euro-zone countries have been able to borrow money so cheaply from investors and pass the savings on to troubled euro-zone countries like Portugal and Ireland is because France's and Germany's solid reputation on financial markets has secured the EFSF fund a top rating. If France is downgraded, the EFSF will also lose its AAA ranking, which would endanger its effectiveness.

If such a scenario emerges, the problem in the end would fall to the European Central Bank. There is already enormous pressure on the ECB to massively expand its program to buy state bonds. Many economists believe such a move is the only way to end the crisis. The ECB, however, continues to reject such a step, which Germany's central bank, the Bundesbank, fiercely opposes. But that could all change -- at the very latest if France loses its top rating. 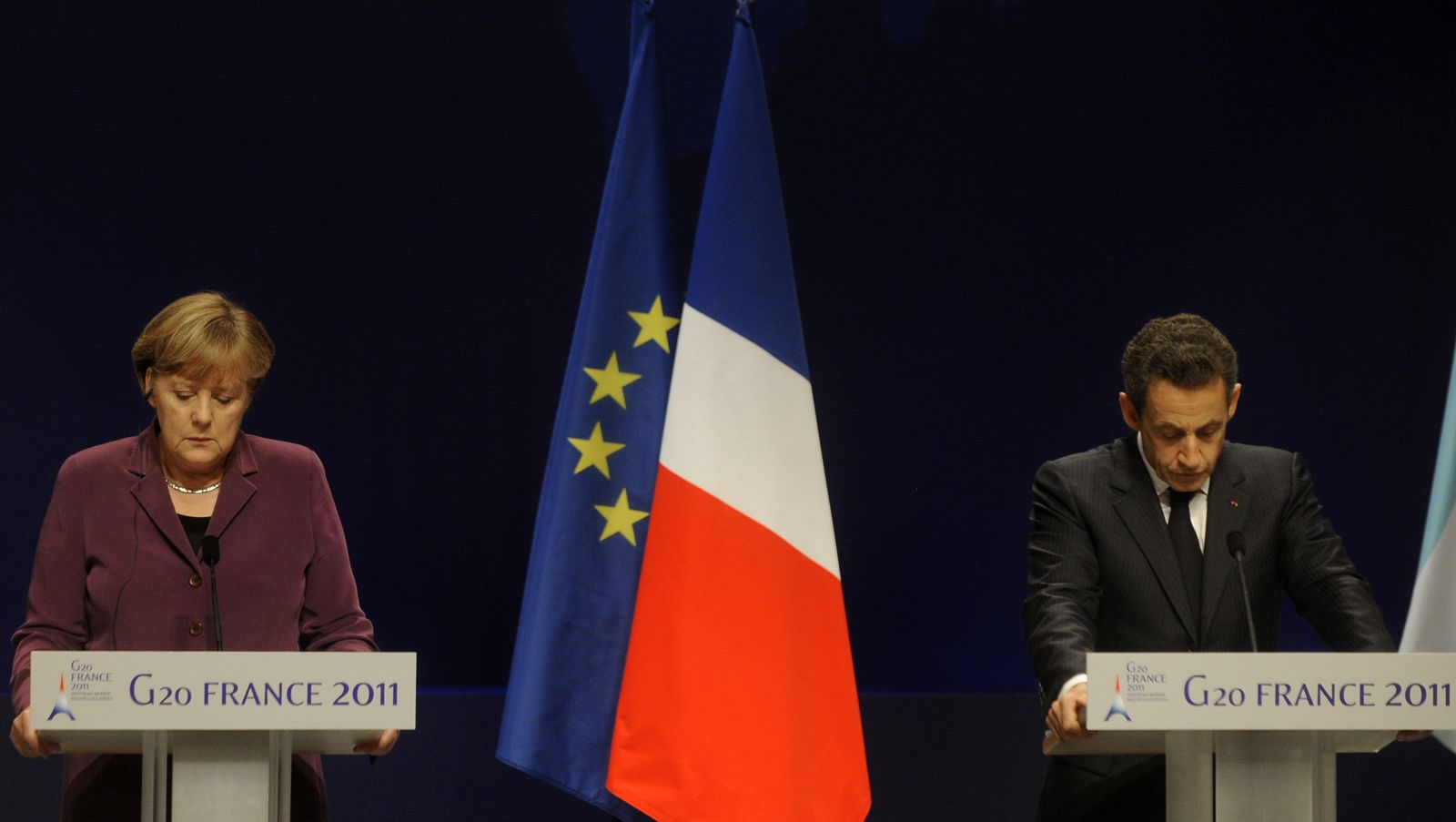 The gap between France and Germany is getting wider by the day.