For years, the European Union was a primary mover in efforts to complete the Anti-Counterfeiting Trade Agreement, a treaty aimed at establishing international norms for the protection of intellectual property rights. But in a widely anticipated Wednesday vote, the European Parliament struck the project a blow from which it is not likely to recover. Fully 478 lawmakers voted against the pact, with only 39 supporting it and 165 abstaining.

The rejection did not come as a surprise. In June, the European Parliament's international trade committee recommended against adopting the treaty, becoming the fifth parliamentary committee to do so. In recent months, concerns had been growing in Europe and elsewhere that the treaty would strike a blow against Internet freedoms and could lead to censorship.

German Justice Minister Sabine Leutheusser-Schnarrenberger voiced her own critique of the law on Wednesday morning before the vote. ACTA, she told German radio station hr-info, is "very inexact, very porous and with a very incorrect formulation." She added that "it could be interpreted in ways that perhaps weren't intended."

Proponents of ACTA argued that it was necessary to standardize international laws protecting musicians and filmmakers but also manufacturers of pharmaceuticals and fashion designers and others whose products are pirated. The treaty would have led to the establishment of an international organization to stop intellectual property theft and large-scale pirating operations. The treaty was approved by the 27 EU heads of state and government late last year and it has been signed by the US, Australia, New Zealand, Canada and Japan.

Still, enthusiasm for ACTA had been waning in recent months as opposition gained steam. Negotiations for the treaty began officially in 2008 with a huge push from the European Commission and the process was immediately dogged by accusations that it lacked transparency. When the final text of the agreement was finally released in April 2011, it triggered large protests across the EU with critics fearing that individual rights would be trampled.

Government interest also appeared to wane; not a single signatory has yet sent the treaty to be ratified by its national parliament. Furthermore, several EU countries, including Germany, proved reluctant to sign it and India was worried about ACTA's possible effect on its generic drug industry.

Following Wednesday's vote, Trade Commissioner Karel De Gucht, who has led the EU's efforts to establish the treaty, said he would wait for the court's opinion and then resume talks with the EU's international partners. De Gucht remains convinced that such a treaty is necessary and argued throughout the process that ACTA doesn't in fact change any existing EU laws regarding the protection of intellectual property.

"With the rejection of ACTA," De Gucht said, "the need to protect the backbone of Europe's economy across the globe, our innovation, our creativity, our ideas -- our intellectual property -- does not disappear."

Others, though, expressed doubt that the law or a version of it could be revived. "No emergency surgery, no transplant, no long period of recuperation is going to save ACTA," said David Martin, a European parliamentarian from Scotland. "It's time to give it its last rites. It's time to allow its friends to mourn and for the rest of us to get on with our lives." 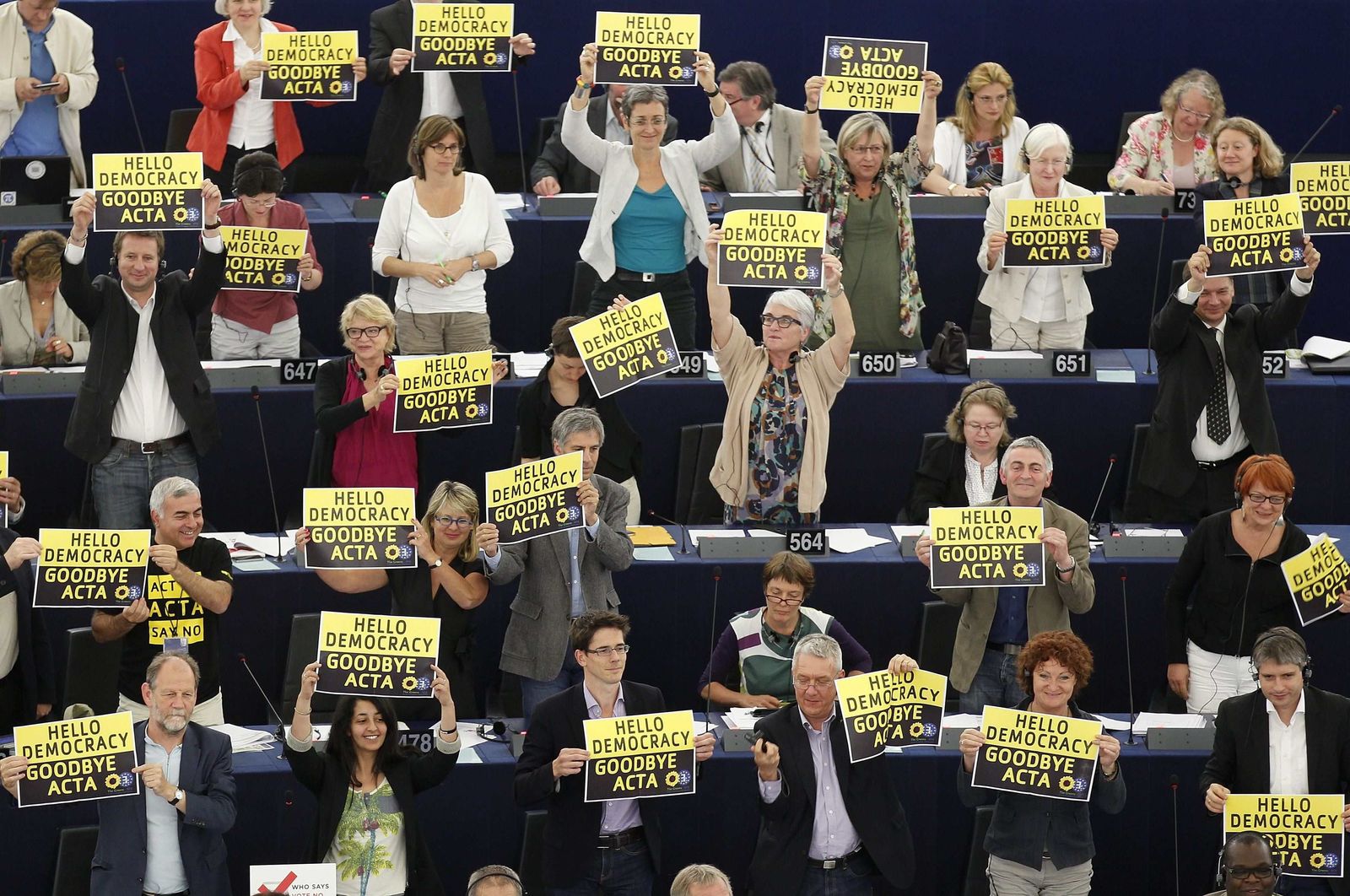