In 1988, Salman Rushdie's novel "The Satanic Verses" was published in its English-language original edition. Its publication led the Iranian state and its revolutionary leader, Ayatollah Khomeini, to issue a "fatwa" against Rushdie and offer a hefty bounty for his murder. This triggered several attacks on the novel's translators and publishers, including the murder of Japanese translator Hitoshi Igarashi. Millions of Muslims around the world who had never read a single line of the book, and who had never even heard the name Salman Rushdie before, wanted to see the death sentence against the author carried out -- and the sooner the better, so that the stained honor of the prophet could be washed clean again with Rushdie's blood.

In that atmosphere, no German publisher had the courage to publish Rushdie's book. This led a handful of famous German authors, led by Günter Grass, to take the initiative to ensure that Rushdie's novel could appear in Germany by founding a publishing house exclusively for that purpose. It was called Artikel 19, named after the paragraph in the United Nations' Universal Declaration of Human Rights that guarantees the freedom of opinion. Dozens of publishing houses, organizations, journalists, politicians and other prominent members of German society were involved in the joint venture, which was the broadest coalition that had ever been formed in postwar German history. 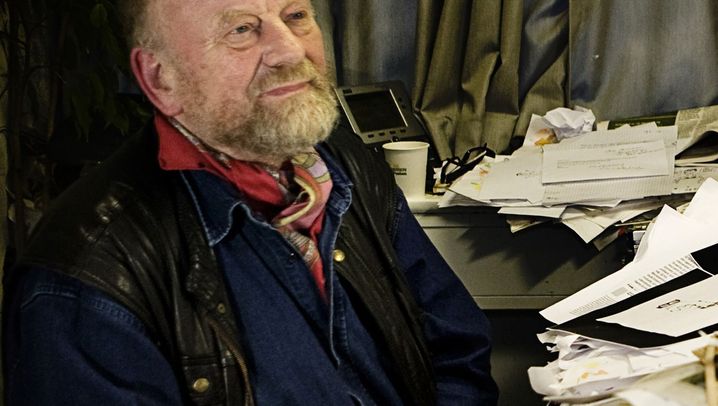 Photo Gallery: The Attack Against the Danish Cartoonist

Sympathy for the Hurt Feelings of Muslims

Seventeen years later, after the Danish daily Jyllands-Posten published a dozen Muhammad cartoons on a single page, there were similar reactions in the Islamic world to those that had followed the publication of "The Satanic Verses." Millions of Muslims from London to Jakarta who had never seen the caricatures or even heard the name of the newspaper, took to the streets in protests against an insult to the prophet and demanded the appropriate punishment for the offenders: death. Al-Qaida leader Osama bin Laden even went so far as to demand the cartoonists' extradition so that they could be condemned by an Islamic court.

This time, however, in contrast to the Rushdie case, hardly anyone has showed any solidarity with the threatened Danish cartoonists -- to the contrary. Grass, who had initiated the Artikel 19 campaign, expressed his understanding for the hurt feelings of the Muslims and the violent reactions that resulted. Grass described them as a "fundamentalist response to a fundamentalist act," in the process drawing a moral equivalence between the 12 cartoons and the death threats against the cartoonists. Grass also stated that: "We have lost the right to seek protection under the umbrella of freedom of expression."

"I believe that the republication of these cartoons has been unnecessary, it has been insensitive, it has been disrespectful and it has been wrong," commented then-British Home Secretary Jack Straw, referring to the decision by several European media organizations to republish the caricatures. Meanwhile, Vorwärts, the party organ of Germany's center-left Social Democratic Party -- one of the country's two largest political parties -- defended freedom of expression in general, but gave the opinion that in this special case, the Danes had "abused" the freedom, "not in a legal sense, but in a political and moral one." For Fritz Kuhn, the then-parliamentary floor leader for the Green Party, it was a déjà vu experience: "They (the caricatures), remind me of the anti-Jewish drawings from the Hitler era before 1939." With his statement, Kuhn, who was born in 1955, demonstrated that either he had a sensational pre-natal memory or that he had never seen a single anti-Semitic caricature in the Nazi's Der Stürmer propaganda newspaper.

It was like listening to the blind talk about art, the deaf about music or eunuchs discussing sex based on hearsay. Because with the exception of the left-wing Die Tageszeitung, the conservative Die Welt and the centrist Die Zeit, every German newspaper and magazine followed the advice of Green Party co-leader Claudia Roth, who said "de-escalation begins at home," and erred on the side of caution by not republishing the cartoons. Prominent German psychoanalyst Horst-Eberhard Richter advised: "The West should refrain from any provocations that produce feelings of debasement or humiliation." Of course, Richter left open the question of whether "the West" should also refrain from the wearing of mini skirts, eating pork and the legalization of same-sex partnerships in order to avoid causing any feelings of debasement and humiliation in the Islamic world.

Had the Muhammed cartoons been reprinted by the whole German press, then newspaper readers could have seen for themselves how excessively harmless the 12 cartoons were and how bizarre and pointless the whole debate had become. Instead, the assessment was left to "experts" who had in the past defended every criticism of the pope and the Church as well as every blasphemous piece of art in the name of freedom of opinion, but who, in the case of the Muhammad cartoons, suddenly held the view that one must take other people's religious feelings into consideration.

But that argument was clearly just an excuse, a way of excusing the fact they had been silenced by fear. After all, a few things had happened in the time between the Rushdie affair and the caricatures debacle: 9/11, the London bombings, Madrid, Bali, Jakarta, Djerba -- events which some commentators have also interpreted as a reaction by the Islamic world to its degradation and humiliation by the West. Against this threat, it seemed more reasonable and, above all, safer, to show respect to religious feelings rather than insist on the right to freedom of expression.

Right to Offend More Important than Protecting the Offended

Very few people showed a willingness to break ranks. Among them was comedian Rowan Atkinson ("Mr. Bean"), who in the context of a debate over British proposed incitement of religious hatred legislation, declared that "right to offend is far more important than any right not to be offended." And Somalia-born Ayaan Hirsi Ali, a secular Muslim woman then living in the Netherlands, responded with a manifesto that began with the words: "I am here to defend the right to offend."

But she was one of the few exceptions. Even the then-French president, Jacques Chirac, temporarily forgot that he represented the country of Sartre, Voltaire and Victor Hugo, and decreed that "anything that could offend the faith of others, especially religious beliefs, must be avoided."

Thus began the "de-escalation" that had been called for. The only problem is the other side isn't thinking about de-escalation. The fatwa against Salman Rushdie is still in effect, and the attempt to murder Kurt Westergaard last week wasn't the first attempt to carry out a death sentence for an instance in which no crime had been committed. Islam may be the "religion of peace" in theory, but it looks different in practice.

A German-Turkish lawyer who lives in central Berlin recently had to go into hiding because she became the recipient of death threats after publishing a book. The tome doesn't include any caricatures of Muhammad. It's just the title that serves as a provocation: " Islam Needs a Sexual Revolution."

6 Bilder Photo Gallery: The Attack Against the Danish Cartoonist 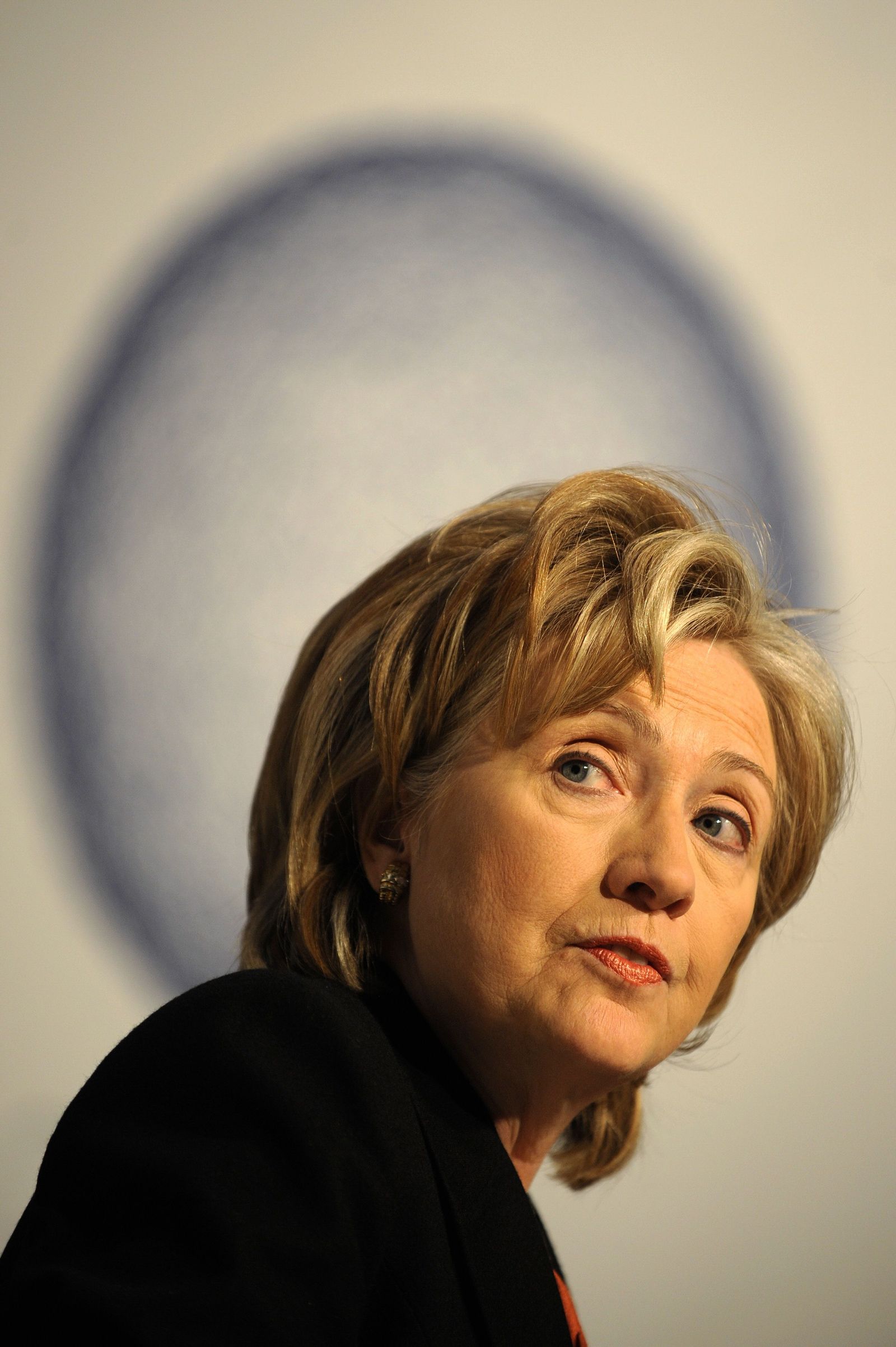 The Somali man now being charged in Aarhus may also have been part of a plot against US Secretary of State Hillary Clinton.