Originally, the announcement was to be made over the weekend. Then, news agencies on Monday reported that Athens officials were preparing to make a statement. It was the same story on Tuesday.

But on Thursday, Greece's embarrassing inability to find unity in negotiations over a new unity government finally came to an end. In the early afternoon, it was announced that former European Central Bank Vice President Lucas Papademos would become head of the country's new interim government. He is to be sworn in on Friday at noon.

The naming of Papademos to take over the reins in Athens puts an end to 10 days of political farce in Athens that ensued when outgoing Prime Minister Giorgios Papandreou announced his intention to hold a referendum on the bailout package assembled for Greece by the European Union in late October. With euro-zone leaders such as Chancellor Angela Merkel and French President Nicolas Sarkozy voicing outrage at the plan, Papandreou entered into talks with the Greek opposition aimed at forming a temporary unity government.

Papademos now has until early elections, likely to be held some time in February, to put Greece back on track to economic health. His first priority will be that of ensuring parliamentary approval for the €130 billion ($177 billion) EU bailout package for his country and the planned 50 percent slashing of Greek debt. European Union officials have made that approval a condition for receipt of the next €8 billion tranche of the first bailout package assembled for Greece back in early 2010.

"The Greek economy is facing huge problems despite the efforts undertaken," Papademos said following the agreement, which was brokered by Greek President Karolos Papoulias. "The choices we make will be decisive for the Greek people. The path will not be easy, but I am convinced the problems will be resolved faster and at a smaller cost if there is unity, understanding and prudence."

Papademos' appointment comes as new data indicates just how far Greece has to go to return to economic health. According to the statistics service ELSTAT, unemployment in the country jumped to 18.4 percent in August -- a time when the jobless rate traditionally drops due to the influx of summer tourists. In August 2010, the unemployment rate stood at 12.2 percent.

But in comments on Thursday, Papademos emphasized that Greece's goal remains that of staying in the euro zone. "The participation of our country in the euro zone," he said, "is a guarantee for the country's monetary stability. It is a driver of financial prosperity."

Papademos is widely respected in Europe as a banker. He served as the vice president of the European Central Bank (ECB) from 2002 to 2010, and his contacts within the world of European finance are excellent. Prior to joining the ECB, Papademos was a professor at Columbia University in New York.

He also gained respect for having warned of "exaggerations" in the US housing market as early as 2005 as well as of the dangers of an international financial crash -- one that actually came to pass just three years later.

According to news reports, Papademos drove a hard bargain in the past few days of talks. Reuters reported on Thursday that he demanded that both Papandreou's socialist party PASOK as well as the conservatives behind Antonis Samaras sign a written pledge to support the EU bailout package and to pursue austerity measures.

Despite Papademos' apparent professionalism, not everyone, it would seem, is a fan. He was head of the Greek central bank from 1994 to 2002 -- the period when the euro was introduced. The changeover to the common currency quickly resulted in a spike in prices in Greece.

"When I think of Papademos, then I mostly think of the fact that a bottle of water used to cost 50 drachma at the corner store," said well-known Greek journalist Georgios Vlachos on the station Alpha Radio on Monday. "After the introduction of the euro, it cost the equivalent of 170 drachma." 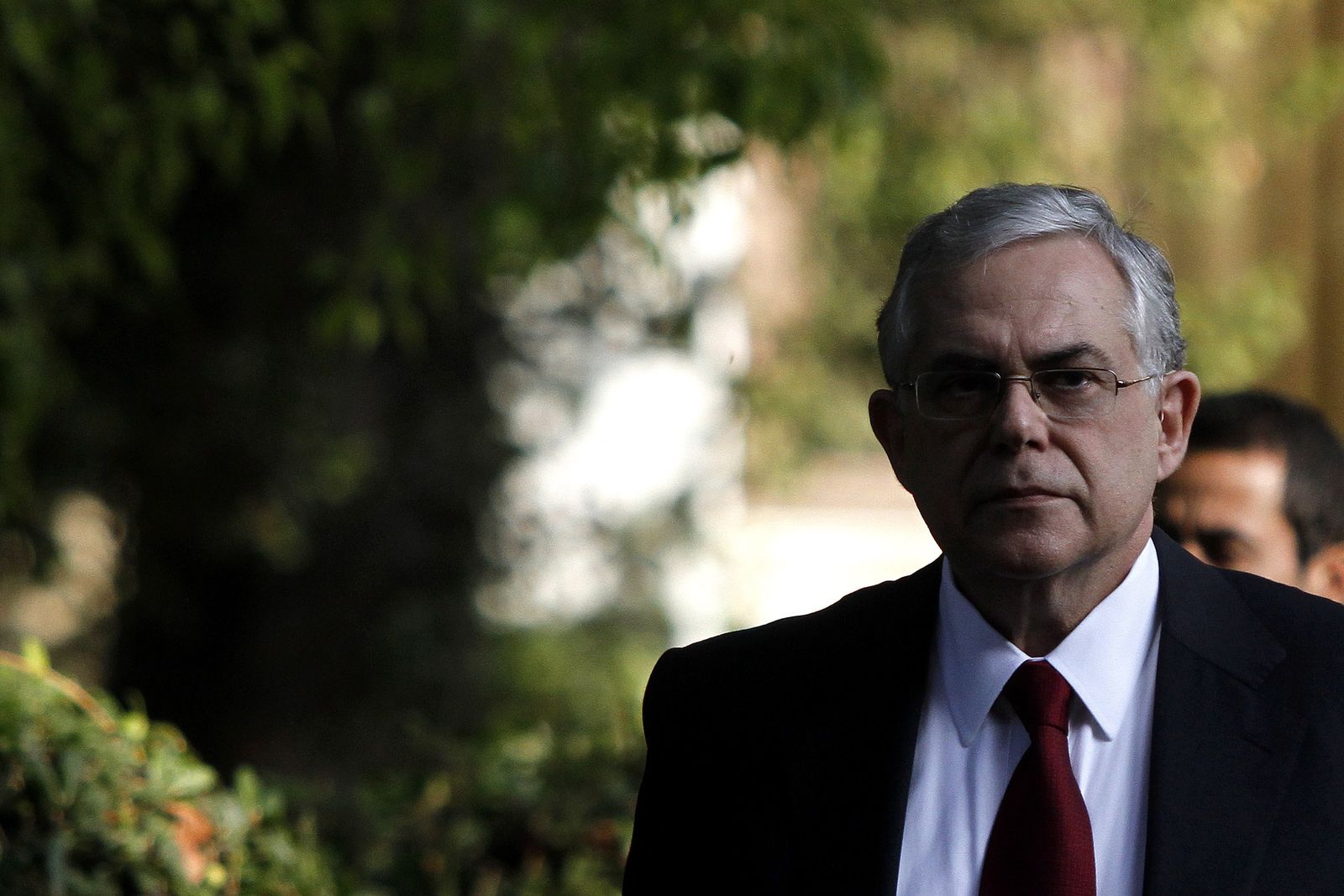 Lucas Papademos, a former European Central Bank vice president, has been chosen to lead an interim unity government in Greece.