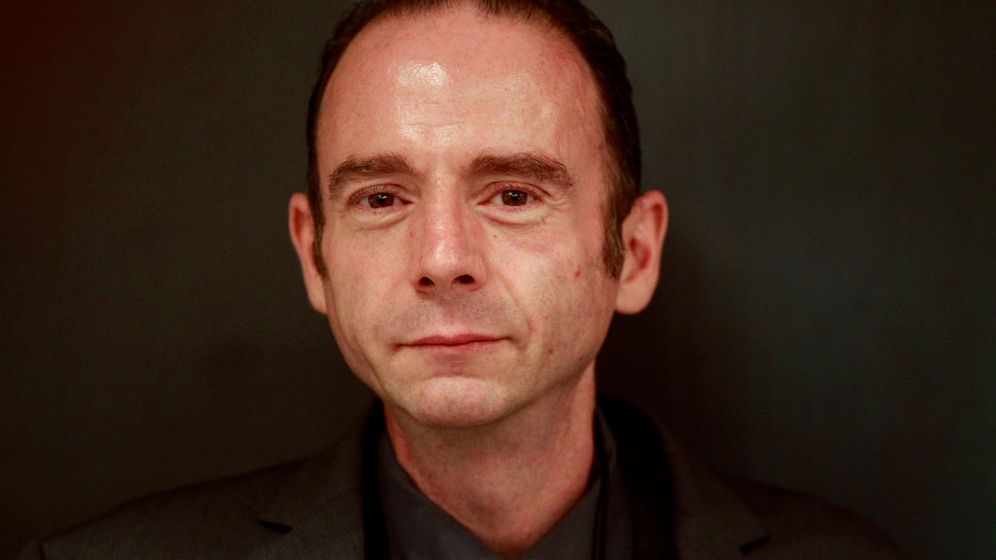 HIV specialist Stefan Fenske's medical clinic, located in Hamburg's university district, isn't a moribund place. The rooms are filled with light, the walls are decorated with modern art and you can hear laughter. Werner Thomas (not his real name) is in a good mood as he sits in the consultation room discussing his illness. The 63-year-old refers to the human immunodeficiency virus (HIV) that nestled into his body over 23 years ago as a "subletter," not an enemy or a deadly threat.

Every three months, Thomas travels to Hamburg from the nearby small town where he lives. Blood samples are taken and 15 minutes later he heads home again. "Some healthy people would be happy to have test results like mine," he says. His physician, Dr. Fenske, is also satisfied: "His smoking is definitely a bigger health risk for him than the virus."

Prior to 1996, in the days before highly effective anti-retroviral drugs were developed, Fenske witnessed the horror of Acquired Immune Deficiency Syndrome (AIDS), which is caused by HIV, and the deaths of many patients. At the time, the skeletal, emaciated bodies of AIDS patients were sapped of their strength by infections and consumed by tumors.

A New Kind of HIV Patient

The new drugs came too late for Thomas' boyfriend, who died in 1993 of an AIDS-related illness. Thomas was no longer allowed to work as a waiter, and had to go into retirement at the age of 40. "What should I do now?" he asked himself at the time. "Grow old, at any rate!", he vowed.

At first, he took up to 20 pills a day, sometimes with severe side effects. But every year, the therapy became more bearable, and today he only takes three pills a day.

Not everyone responds so well to treatment. The drugs can increase the risk of cancer and heart attacks, and they can lead to bone loss and kidney disorders. Nevertheless, HIV-infected patients who begin therapy early enough now have a nearly normal life expectancy. "There is a world of difference now in the treatment of HIV," says Fenske. Former AIDS hospices are now being converted into homes for elderly HIV-positive people. Thomas has plans for the future, and he and his new boyfriend are in the process of buying their own home.

But the drugs don't provide a cure. They manage to stop the virus from spreading, but cannot rid the body of it entirely. Less than one percent of those infected with HIV are lucky enough to have a distinctive, inherent genetic feature that can keep the pathogen in check. All others who stop taking the pills experience the inexorable and merciless return of the virus.

That has been the general view of the medical profession -- until now. AIDS experts are placing an increasing emphasis on the prospect of not just treating, but curing the disease.

This week, many of the world's leading HIV researchers met at Stockholm's prestigious Karolinska Institute for a two-day conference called, "Towards a Cure for HIV: From Pathogenesis to Eradication." On Sept. 5, one of the researchers who discovered HIV, Françoise Barré-Sinoussi, from the Pasteur Institute in Paris, gave a presentation on potential ways of curing HIV at the Heinrich Pette Institute in Hamburg.

A recent series of spectacular medical cases has electrified researchers around the world -- cases in which therapy has allowed the HIV patient to permanently keep the virus under control.

In 2009, doctors at Berlin's Charité Hospital reported on an HIV-positive man named Timothy Ray Brown, known as the Berlin patient, who received a bone-marrow stem-cell transplant as treatment for leukemia. The donor was, thanks to genetics, immune to HIV and the immunity seemed to have passed to Brown, who no longer needed antiretroviral therapy to control the HIV. Doctors eventually declared him cured. In 2013, doctors at Harvard Medical School reported similar successes.

In March 2013, the "Mississippi baby" case was made public: A newborn that had become infected with HIV in its mother's womb was treated aggressively with antiretroviral drugs, starting during the second day of its life. When the mother stopped administering the drugs after 18 months, the child was still able to keep the virus in check, much to the surprise of her physicians.

French researchers reported on 14 adult patients who were also treated very soon after they were infected. When they later discontinued the therapy, the virus remained unable to reproduce in dangerous amounts.

Another case was brushed aside for over a decade and treated as a curiosity, but in retrospect, fits perfectly with the other stories of people being cured. Some 14 years ago, Berlin researchers reported in the New England Journal of Medicine that a man who had been treated at an early stage of infection later remained healthy, despite having stopped taking the drugs. Hamburg AIDS researcher Jan van Lunzen says that he has a similar patient. After nine years without therapy, tests still show no sign of HIV.

'A Cure is Possible'

"Today we can dream of a cure," says van Lunzen, who is the medical director of the Infectious Diseases Unit at the University Medical Center in Hamburg. "These case reports tell us that cure is possible," agrees Australian AIDS researcher Sharon Lewin from Monash University in Melbourne. Barré-Sinoussi says "a cure has become one of the priorities of AIDS research."

It was exactly 30 years ago that Barré-Sinoussi and her colleague Luc Montagnier identified HIV as the pathogen behind a mysterious syndrome that primarily affected gay men. Patients suffered from strange forms of pneumonia and fungal infections, along with a type of cancer usually associated with older men: Kaposi's sarcoma. Their immune systems had failed, and doctors stood by helplessly as their patients ultimately died.

The new epidemic, which was given the name Acquired Immune Deficiency Syndrome (AIDS), rapidly spread around the world. Soon the victims included heterosexual men, women and children.

At the time, researchers and politicians concocted horror scenarios for the world's industrialized nations that, in retrospect, seem absurdly overblown. In Germany, for instance, a computer simulation produced by Bamberg University in Bavaria predicted 107,000 AIDS fatalities in a fictive model city of 2.3 million inhabitants within just 10 years. Others predicted the collapse of the Frankfurt real estate market, triggered by AIDS.

At the same time, many health professionals turned a blind eye to the impending disaster in Africa. In 1985, the World Health Organization (WHO) erroneously declared the countries of Central Africa to be "AIDS-free." Barré-Sinoussi recalls a doctor from Zaire -- now known as the Democratic Republic of the Congo -- who stood up during a conference in 1986 and shouted: "Look, it's dramatic. In my country it's dramatic. People are dying from this disease. And nobody is taking any decision." Today some 34 million people around the world are infected with HIV, two-thirds of them in sub-Saharan Africa.

In view of these figures, the lack of an effective vaccine is tragic. Though HIV drugs are more readily available in Africa than they've been in the past and preventative measures such as condoms have averted an even greater crisis, today only some 40 percent of those affected with the virus receive adequate treatment.

Given this, the search for a cure isn't primarily about allowing patients in affluent countries to live a better life, free of annoying pills, but about curing the poor, for whom costly lifelong therapies are often out of reach.

In 2009, Timothy Ray Brown, the Berlin patient, provided a first ray of hope for researchers. "This case was a proof-of-concept that a cure is possible," says Barré-Sinoussi. But using a bone marrow transplantation like the one Brown received to treat HIV-positive patients is far too risky a cure: The procedure can be life-threatening.

Therefore, researchers are far more intrigued with the "Mississippi baby" and the other cases in which early therapy with strong drugs helped conquer the virus. The pediatrician treating the "Mississippi baby," Hannah Gay, was even included on the 2013 Time 100, the magazine's annual list of the 100 most influential people in the world, despite the fact that the little girl's cure was probably more of a coincidence than anything else.

When the girl was brought back to the clinic by the mother after five months without treatment, recalls Gay, a professor at the University of Mississippi, the physician was certain the virus had multiplied inside the patient's little body. "When her test returned showing no detectable virus, I was certainly surprised but attributed it to probable lab error possibly due to mislabeling or switching the sample with another patient's," she says. It wasn't until additional tests were done that Gay realized the girl had seemingly been cured -- at least to the point that her body was able to keep the virus under control. Researchers call this a "functional cure."

Scientists currently have only one possible explanation for this. By giving the child its first AIDS drugs around 30 hours after birth, Gay prevented the formation of a so-called latent reservoir, a tiny remnant of the virus' DNA that remains hidden amidst human genetic material, and thus undetectable and unreachable by the immune system.

No treatment appears capable of touching this silent pocket, from which the virus is able to replicate over and over again. It is what makes AIDS so diabolical -- the reason why drugs can't cure it and the virus returns every time treatment is discontinued. As a result, the reservoir has become a key focus of research.

It has now become clear that HIV DNA has found a perfect hiding place for itself: "resting memory cells" in the immune system that, according to Janet and Robert Siliciano of Johns Hopkins University in Baltimore, who discovered the phenomenon of latency, are "a perfect mechanism for storing viral genomic information." According to the researcher couple, these memory cells never die. In fact, they continue to exist for the entire life of the individual they belong to. Once the virus's DNA has nestled into the body, it can never be dislodged.

It has also become clear that the reservoir forms at a very early stage, probably no later than one to two weeks after infection. If physicians intend to prevent it from forming, they must act very early. French researchers estimate that some 15 percent of HIV-infected patients who receive treatment at a very early stage can eventually control the virus on their own, without the aid of drugs.

For the remaining 85 percent -- and the vast majority who begin their therapies too late -- researchers are now looking for a way to lure the virus' DNA out of its hiding place. Various treatments, including cancer drugs, are being subjected to laboratory testing. Initial small-scale studies with patients have also been launched. Gene therapy and other substances that help to regulate the immune system are also being tested.

But many doctors who treat HIV are already viewing their patients differently. "I don't know if maybe some of the children in my clinic are also cured," says Gay, the pediatrician from Mississippi.

The problem here is that discontinuing HIV drugs simply on a trial basis is strictly taboo because it can significantly worsen the prognosis. An international study now aims to provide some clarity on under which conditions children can potentially stop taking anti-HIV drugs without running too great a risk.

Hans Jäger, an internist and AIDS specialist from Munich, has joined forces with researchers from several German universities to conduct a study of adult HIV patients that, he says, focuses on the following goal, among others: "We're looking for a laboratory indicator that makes it possible to determine in advance who has been cured and who hasn't."

Today an increasing number of researchers are looking for answers to questions that, until recently, no one dared to ask: When it comes to dealing with HIV, how can we shift from treatment to cure?