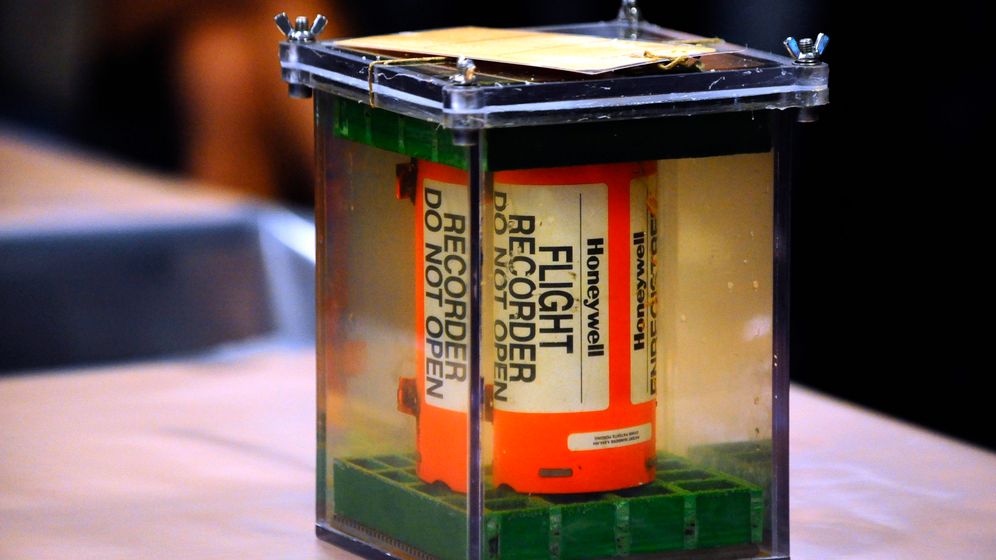 The fate of Air France Flight 447 was sealed in just four minutes. That short time span began with the first warning message on one of the Airbus A330 aircraft's monitors and ended with the plane crashing into the Atlantic between Brazil and Africa, killing all 228 people on board.

Since last week, investigators from France's BEA civil aviation safety bureau have been analyzing the flight data and voice recordings extracted from the cockpit of the Air France flight that crashed on June 1, 2009 while traveling from Rio de Janeiro to Paris. What they have learned from the recordings seems to suggest both technical and human failure.

Sources close to the investigative team have revealed that the recordings indicate that Marc Dubois, the aircraft's 58-year-old pilot, was not in the cockpit at the time the trouble began. It is reportedly audible that Dubois rushed back into the cockpit. "He called instructions to the two co-pilots on how to save the aircraft," the source with inside knowledge of the investigation told SPIEGEL.

But their attempts to save the plane were ultimately in vain.

At the beginning of May, underwater robots were able to retrieve the flight recorders from the wreckage almost four kilometers (2.5 miles) below the surface of the Sargasso Sea. Two weekends ago, investigators succeeded in extracting data from the black boxes. Within 24 hours, reports were circulating suggesting that the crash seemed more likely the result of pilot error than a manufacturing flaw by Airbus.

However, even if the captain's absence from the cockpit may support the pilot-error theory, the data includes clues indicating that the aircraft itself might have behaved in an odd manner. Under these circumstances, investigators are facing a complicated case that might still have surprises in store.

Until now, it appeared that the crew of Flight AF 447 had steered the plane directly into a severe storm that eventually caused the speed sensors to ice over.

But the flight path recorded by the black box reportedly shows that the crew had been trying to find the safest possible path through the storm front. They initially appear to have succeeded as the flight data doesn't contain any evidence of more severe turbulence.

But the storms in the so-called Intertropical Convergence Zone are treacherous. As if in a vast chimney, massive amounts of water are sucked up to great heights, where they are then transformed into ice crystals which are hard to detect on weather radars. It is precisely this type of ice trap that the Air France plane probably flew into.

Whatever the case might be, the frozen speed sensors put the pilots in a precarious situation: At this altitude, they would have had to maintain a very precise speed to prevent the plane from stalling.

At this point, there is hardly anyone who doubts that the plane experienced a fatal deep stall. Evidence for this can already be found in the location of the plane's wreckage, roughly 10 kilometers from the last position the plane transmitted via satellite.

The big question is: What triggered the stall in the first place? One possibility is that the pilots reacted incorrectly to the speed sensors' failure. But even if this was the case, it still wouldn't be enough to free the plane's manufacturer or operator from all responsibility. The fact is that, at the time of the catastrophe, the Air France pilots had been poorly briefed about the growing number of speed-sensor failures -- and, more importantly, about the right way to respond to them.

Even more serious are the indications that the plane itself might have responded wrongly to the stall. "The data recorder indicates that the plane pulled steeply upwards shortly after the speed sensors failed," says an expert with ties to the investigative team, adding that this could have caused the plane to stall.

Of course, it's possible that the pilot misestimated his plane's speed and increased the engine thrust, thereby pulling up the nose. But it's also possible that onboard flight computers were responsible for the maneuver. The computers are designed to take control whenever the plane's computer deems it is in a threatening situation. A team of aerospace researchers observed similar behavior in a flight simulator a few months ago.

While investigations are still ongoing, Airbus refuses to comment on the plane's flight characteristics. But, last Monday, just moments after the last bits of data were downloaded from the flight recorder, the company sent out an "accident information telex" to all the airlines whose fleets include some of the nearly 800 A330s currently in service.

The announcement's reassuring message was that investigators had still not been able to pinpoint any clues pointing toward a technical failure. What's more, that same evening, a report appeared on the website of the French daily Le Figaro claiming that investigators did not believe Airbus was to blame for the crash.

But at this early stage in investigations, no one was in a position to make such far-reaching statements, sparking suspicions that they were part of a targeted information leak designed to boost faith in the manufacturer. Certainly both Airbus and Air France have a pressing interest in deflecting responsibility for the accident away from themselves. French prosecutors are investigating whether to charge both companies with negligent manslaughter. Meanwhile, the size of compensation payouts for the families left behind by the victims will ultimately be determined by the extent of blame attributed to each party.

In the meantime, the two companies have completely different views about when the investigation's final report should be made public. Airbus would prefer to see the unpleasant matter resolved as soon as possible. In fact, the best thing for it would be to have it appear before the Paris Air Show 2011 opens on June 20 in Le Bourget. The show is expected to see many purchasing contracts signed. As William Voss, president of the Virginia-based Flight Safety Foundation, says: "No company wants to have this kind of unexplained crash on its books."

Meanwhile, it will soon be decided whether Pierre-Henri Gourgeon, the CEO of Air France-KLM, will have his contract extended. When the company held a press conference to announce its annual report in Paris last week, Gourgeon was asked whether he thought the investigators' report might complicate his reappointment.

The trained fighter pilot sidestepped the sensitive matter saying: "I don't really like the word 'responsibility' so much."