German Chancellor Angela Merkel and French President Nicolas Sarkozy papered over their differences at a meeting in Berlin on Monday with a vague call for an "economic government" to improve coordination of economic and fiscal polices in the European Union.

Their meeting ahead of an EU summit in Brussels on Thursday was aimed at ironing out disagreements on how to tackle the debt crisis, but the two leaders failed to allay concern that they remain divided on key points, and that the Franco-German alliance, a key force in forging European unity for decades, isn't working properly.

Merkel appears to have successfully resisted Sarkozy's demand for the 16 countries belonging to the European common currency union to set up a common economic government with its own secretariat. She also seems to have got her way with her insistence that countries breaking EU rules on fiscal discipline should have their voting rights suspended.

The 27 members of the European Union should regard themselves as "a kind of economic government," she told a joint news conference with Sarkozy after the meeting. The 16 euro-zone members could hold special meetings when they needed to, she said.

Sarkozy said: "We must proceed pragmatically. We each took a step in the other's direction." The two also agreed to push for an international tax on cross-border financial transactions, a measure that Merkel only tepidly supported until recently.

"Determined to Talk with One Voice"

The meeting was originally due to have taken place on the previous Monday, June 7, but had been postponed for "scheduling reasons," fuelling speculation of a widening rift between the governments of the two largest economies in the EU.

They were under pressure to mend their differences ahead of the June 17 EU summit where leaders will attempt to convince skeptical financial markets that they can overcome the debt crisis by improving policy coordination and reinforcing budget discipline.

"More than ever, Germany and France are determined to talk with one voice, to adopt common policies, to give Europe the means to meet its legitimate ambitions," Sarkozy said.

The reserved Merkel and the energetic Sarkozy are like chalk and cheese and their relationship has never been easy. Their smiles seemed more forced than ever on Monday.

One area where they reached easy agreement was the performance of the German national team which beat Australia 4-0 in the World Cup on Sunday. "My first words will be to congratulate our German friends on a remarkable start for the German football team in the World Cup. We are delighted for you. It was even pretty spectacular," said Sarkozy. 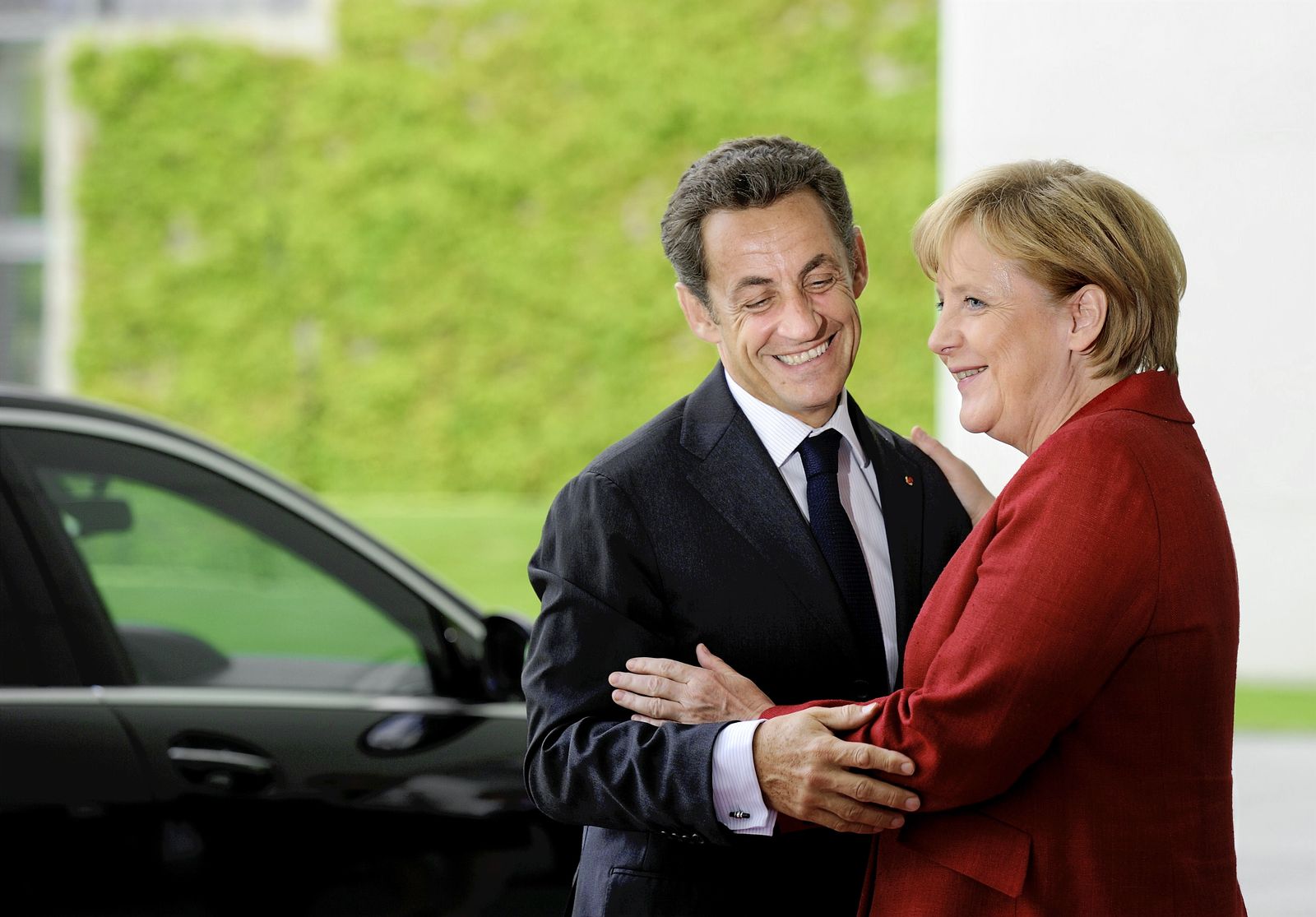 Merkel giving Sarkozy a warm welcome in Berlin on Monday.